What to watch on Netflix Canada in November 2021 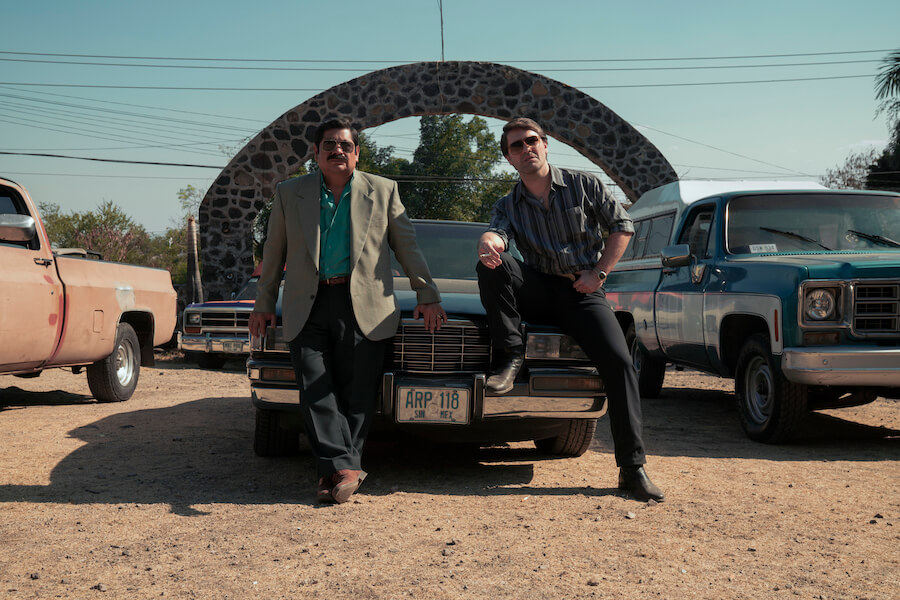 The third season of Narcos: Mexico is being filled as the final one.

The Narcos franchise has never been able to live up to its first three seasons tracking the rise of Colombia’s cartels. After the series made the move North to Mexico, backtracking in time to cover the compelling rise of the Guadalajara cartel, the weight of expectation and Marvel-like shared universe world building began to cheapen the whole enterprise. At times Narcos: Mexico feels like prequels to the current reality. That won’t prevent die hards from tuning in to see how far along a young enforcer named El Chapo gets in what is being billed as the series finale. November 5

The true-crime series about warring big cat owners in the U.S. South that blew up during the first lockdown and has since inspired a live tour is – surprise, surprise – getting a sequel. Netflix has not released many details about Tiger King 2, but Big Cats Rescue CEO-turned-meme machine Carole Baskin has confirmed in a statement to Deadline that she most definitely does not appear in this new documentary. November 17

The Harder They Fall

The Harder They Fall has so much swagger and locomotive energy – with six shooters blasting off to hip-hop and reggae – that it powers over some of its more superficial elements and the fault lines in its plotting. The action is thrilling. Instead of sitting back to watch, director Jeymes Samuel makes the camera feel like it’s part of the action, ducking and weaving between bullets and finding new positions for the best shot. And the views are stunning – I could get lost in the rugged terrain and Regina King’s icy stare all day. Read our review here. November 3.

Dwayne Johnson, Ryan Reynolds and Gal Gadot topline Netflix’s new action comedy about an FBI profiler (Johnson) and two of the world’s greatest thieves (Reynolds, Gadot) all caught up in the same elaborate heist. (Fun fact: a “red notice” is what Interpol uses to designate its most wanted criminals.) The combined social-media following of all three leads guarantees you won’t be able to escape the buzz. November 11

The new miniseries from Train To Busan director Yeon Sang-ho stars Yang Ik-joon as a detective trying to figure out who’s behind the trio of giant smouldering demons that materialize in Seoul to condemn their victims to eternal damnation. We saw the first three episodes at TIFF in September and are very curious to see how Yeon’s mashup of Cure, The Ring and Drag Me To Hell plays out… because at the halfway point, it could pretty much go anywhere. November 19

The actor Rebecca Hall (Godzilla Vs. Kong, The Night House) steps behind the camera for a change, writing and directing this adaptation of Nella Larsen’s 1929 novel about the lives of two biracial women – played here by Tessa Thompson and Ruth Negga – in the early decades of the 20th century. Netflix snapped up the rights after a heady Sundance premiere earlier this year, and has been positioning it for an awards run ever since. November 10

John Cho, Mustafa Shakir, Daniella Pineda, Elena Satine and Alex Hassell star in this live-action adaptation of Shinichirô Watanabe and Toshihiro Kawamoto’s beloved 1998 anime show about bounty hunters zipping around the solar system catching villains and generally annoying the Inter Solar System Police whenever they can. If you know the source material, you’re already very excited. If you’re not, the phrase “John Cho plays a space cowboy named Spike Spiegel” ought to do it. November 19

A movie adaptation of Rent creator Jonathan Larson’s semiautobiographical stage musical written by Steven Levenson and directed by Lin-Manuel Miranda – who both know a little about life-changing success thanks to their respective work on Dear Evan Hansen and Hamilton – stars Andrew Garfield as the young man wondering whether he’ll ever create a Broadway sensation. Of course, we know he will… and we know he won’t live to see it. November 19

The latest stop-motion project from British animation wizards Aardman tells the story of an orphaned robin (Bronte Carmichael) who’s raised by a family of mice – and joins them in robbing human houses (which is the family business, innit). Gillian Anderson, Richard E. Grant and Adeel Akhtar provide the voices of a cat, a bird and a mouse, respectively, and also this is a Christmas movie. The downside? It’s only half an hour long. November 24

The full list of new titles available on Netflix Canada in November 2021 by date:

Swap Shop
Your Life Is A Joke

Late The Night
School Of Chocolate

Father Christmas Is Back

The Princess Switch 3: Romancing The Star

14 Peaks: Nothing Is Impossible
The Way Back