Review: Netflix’s live-action Cowboy Bebop dances to its own tune 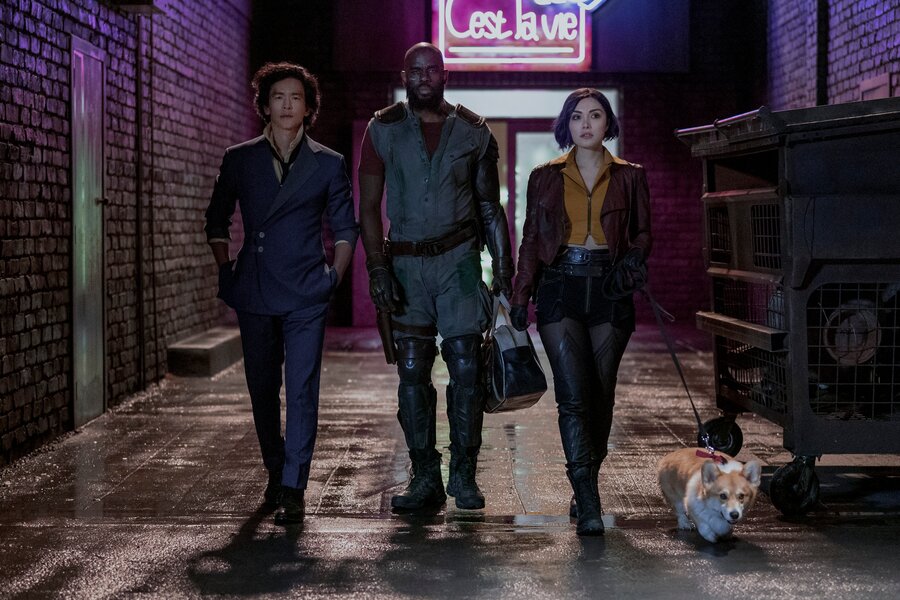 Netflix’s live-action Cowboy Bebop series is not a straight remake of the 90s anime, and you know something? That’s for the best.

Shinichirō Watanabe and Toshihiro Kawamoto’s cult sci-fi cartoon about bounty hunting “cowboys” zipping around the solar system having adventures and dissing each other’s cooking was a singular accomplishment, a jazz-inflected melange of charming characters, vivid hand-drawn vistas and outsized ideas.

There’s no way a live-action version that just replicates the original would satisfy anyone; besides, Joss Whedon already borrowed a lot of this for his similarly short-lived and equally beloved Firefly. Showrunner André Nemec’s solution is to take the Bebop fundamentals, lay out a new arrangement and cast the most charming people available. And there is no one more charming than John Cho.

Cho is, honestly, just about perfect as the flesh-and-blood version of Spike Spiegel, the bounty hunter with a haunted past; the role lets him build on all the skills hinted at in J.J. Abrams’s Star Trek movies, showcasing his boundless charisma and impressive physical skills. He’s funny, of course, but he’s always been funny; what’s new here is the streak of exhaustion he brings to Spike, who’s perpetually annoyed that reinventing himself as a bounty hunter meant having to listen to other people all the time.

The only person to whom Spike occasionally listens is his partner, Jet Black (Mustafa Shakir, of Luke Cage and The Deuce), a former space cop who spent five years in prison for a crime he didn’t commit, and now does interplanetary cleanup work as a means of setting things right. Jet’s storyline brings a film-noir element into the show, and Nemec maybe overuses it too much; the anime could feature the occasional trenchcoated cop or scheming crime boss, but its half-hour format meant they never overwhelmed the narrative. It’s a different story when they show up here, and not always a good one.

What the show needs is a character who can puncture that stuff, and that’s where Faye Valentine comes in. Daniella Pineda – who played Natalie Zea’s loose-cannon sister in The Detour and Bryce Dallas Howard’s researcher sidekick in Jurassic World: Fallen Kingdom – plays Faye as this show’s Han Solo, a space cowboy with a very specific worldview and no time for anyone else’s shit. Spike can’t stand her; she doesn’t have a lot of time for him, either. Jet treats them both as the squabbling children they are. And there you have the soul of Cowboy Bebop in any format: it’s a show about a family that argues its way from one adventure to the next. There is also a very cute dog.

Is it perfect? Not exactly. Nemec leans too heavily on a couple of faces from Spike’s past, seething gangster Vicious (Alex Hassell) and his beloved Julia (Elena Satine); they’re the primary antagonists of the series, as they were in the anime, but the show stops dead every time it checks in on their scheme to take over the interplanetary underworld.

Sure, it’s important to them, but the show has so much more fun when it’s following literally anything else: I was much happier watching Spike and Faye argue over the best way to play rock-paper-scissors, or watch Jet run around a planet trying to find a specific doll for his estranged daughter. And of course there are the action scenes, which are kinetic, inventive and more than a little silly.

That’s when Cowboy Bebop is at its best, finding ways to harmonize with the original material and match its pinballing energy while charting its own course. If you’ve never seen the anime, you can still enjoy this show. And if you have – to extend the whole jazz analogy one beat further – you’ll appreciate the notes it doesn’t play.

One response to “Review: Netflix’s live-action Cowboy Bebop dances to its own tune”