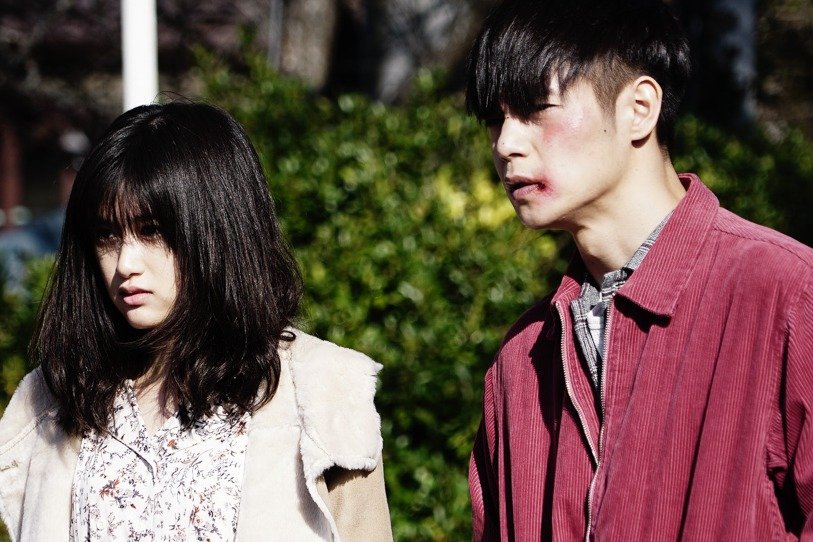 First Love is reportedly Takashi Miike’s 104th feature. I say “reportedly” because the count is a little fuzzy how could it not be, given the Japanese genre stylist’s output of between three and six films a year since 1991? Still, everyone agreed that Blade Of The Immortal was his 100th, and that was four features ago. And anyway, what does it matter? Miike’s latest feels like the work of a man who’s only made 50 or 60 pictures, tops.

First Love, which arrives in theatres just a few weeks after impressing Midnight Madness audiences at TIFF, is a delirious gangland thriller that takes place (mostly) over one very eventful night in Tokyo. With its lovers-on-the-run formula, the movie carries echoes of Detour and True Romance, though screenwriter Masa Nakamura offers a nifty twist. For the first half of the action, his heroes aren’t even aware they’re running from anyone.

Leo (Masataka Kubota) and Monica (Sakurako Konishi) meet at the lowest points in their lives: he’s an up-and-coming young boxer who’s just been diagnosed with an inoperable brain tumour, and she’s a miserable meth addict who’s the unwitting patsy in an elaborate scheme by mid-level mobster Kase (Shôta Sometani) to destabilize the Yakuza so he can eventually take over.

In fairness, Kase’s plan is pretty clever, though it depends on a lot of pieces falling precisely into place. And the moment Leo and Monica meet, every single one of those pieces goes spinning out of control in a chain reaction of accidents, murder and revenge killings that set all of Tokyo’s gangs against one another while the young couple wander around oblivious to the mayhem… for a time, anyway.

First Love is as wild and unpredictable as any of the Japanese genre stylist’s recent work, its betrayals and reversals playing out with an almost farcical rhythm between disturbing visions, vivid fight choreography, manic shootouts (and sword fights) and the odd car chase.

It’s a delight to watch Kase’s plan go spectacularly wrong, with Nakamura and Miike encouraging us to keep track of every moving part. Who has the bag of meth? What’s the deal with the one-armed man in the overcoat? Can anything short of a nuclear detonation stop the furious Julie (Becky) from avenging her drug-dealing boyfriend’s death? Wait, where did the taser go?

And as the bodies pile up – and as our heroes slowly figure out what’s happening around them, and how they’re involved – Miike half-seriously engages with his dense filmography. At least a third of his features have been gangster pictures, from the early Dead Or Alive trilogy to 2015’s Yakuza Apocalypse, and you’d think he’d have long since run out of ways to stage meetings, standoffs or gunfights.

Okay, maybe he has – there are only so many ways you can block gangsters in a warehouse setting – but the complication of Leo and Monica’s budding relationship gives a different energy to the usual stuff, inserting a core of delicate nobility at the centre of the mayhem.

We can root for these sweet, clueless kids to figure out what’s going on, and maybe even save each other from it. And we can do all that while enjoying the ridiculous, outsized ride. It’s a blast.