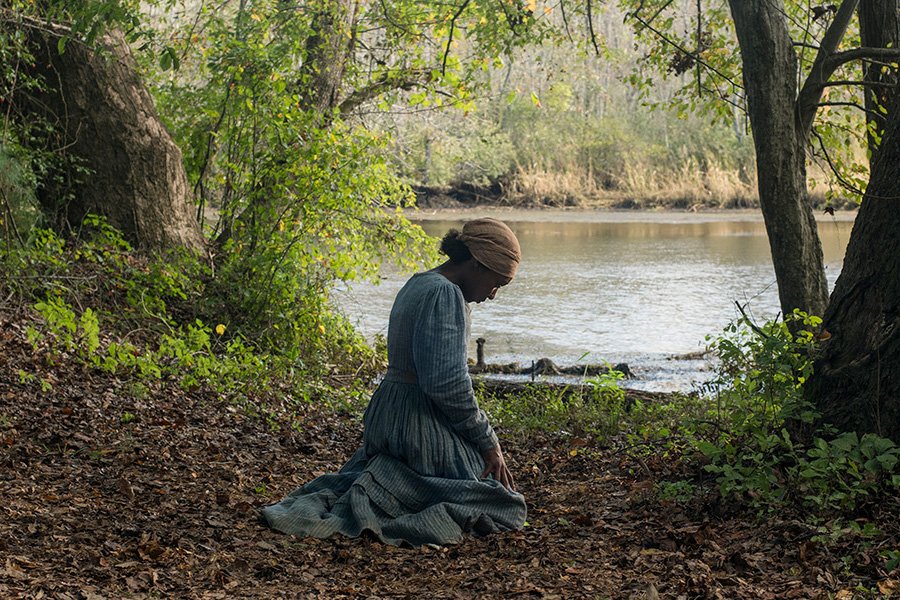 Harriet Tubman, superhero? In the hands of director Kasi Lemmons and Tony Award-winning actor Cynthia Erivo, the famed Underground Railroad conductor is given a swashbuckling cinematic treatment that feels like a superhero origin story. But while compelling, the film leaves room for future Tubman films to explore deeper, and even more complicated sides of her story.

Tubman’s bravery is legendary. An escaped slave turned abolitionist/political activist, suffragist and spy, she alone was the elusive leader of over a dozen Underground Railroad missions that successfully freed nearly 100 enslaved men, women and children.

The film wastes no time delving into Tubman’s epic journey to freedom. Tubman was born Araminta “Minty” Ross, and her husband, a free man, naively tries to appeal to her master’s legal obligation to free his wife. The plan backfires and Minty decides to flee after learning he plans to sell her up South. Though Minty cannot read or write, her spiritual visions, called “spells,” and the covert abolitionists – including a Reverend, who spreads the master’s twisted Christianity to them by day and helps them escape by night – lead her to freedom. But after a year, missing her family, she defiantly returns for her husband. This fateful first trip will change her life, transforming her into a famed conductor that many believe is a man called Moses.

At times the film feels visceral, making it difficult not to grip your chair in fear that she’ll get caught (even though history proves she was repeatedly successful). The escape scenes are visually powerful, suggesting some of the threats, from man and nature, that the runaway slaves faced en route to freedom.

Casting British actor Erivo as Harriet has come with criticism, even the hashtag #notmyharriet, due to controversial comments Erivo has made about African Americans, as well as debates about who should play famous African Americans. But Erivo strikingly embodies Tubman’s stages to glory, from enslaved yet defiant young woman, to bold survivor and commanding leader. And while her wide-eyed performance initially feels a bit clichéd, as Tubman grows into a hero, Erivo also becomes much more convincing and compelling.

The film is not without its flaws. At times it simplifies timelines and experiences for the sake of moving the story along, narrative cohesion or simply to inspire – such as the “when they go low, we go high” moment between Tubman and Gideon Brodess, son of her former slave master, toward the end of the film.

It’s during these pat, almost made-for-TV moments that the film fails. There are also a few opportunities to explore the ways in which Tubman and others used passing via race, gender and class to navigate their treacherous world, but unfortunately these are glossed over.

You can’t help but wish Lemmons used some of the film’s poetic licence less for redemption and more for revenge – one imagines that amid saving lives and fighting for freedom against rabid racists, the gun-toting Tubman had to make some tough moral decisions.

With this long-overdue cinematic look at her heroism out of the way, maybe there will be enough support for another, possibly revisioned, take on Tubman’s life that focuses on the woman behind the hero. (One where her masters get their just deserts would be thrilling to watch.)

Lemmons doesn’t shy away from the fact that good and evil were sometimes blurred and not easily divided along black-and-white lines. Black boatmen, known as Black Jacks, help Tubman navigate the dangerous terrain, while a free Black bounty hunter known as Bigger Long ruthlessly and gleefully hunts her and other runaway slaves. White abolitionists quietly hide her, while others, including the deranged white matriarch, form a bloodthirsty lynch mob.

Notable supporting cast includes the inspired and driven abolitionist William Still, played by stage actor and singer Leslie Odom Jr., while Lemmons’s son, Henry Hunter Hall, who plays the duplicitous yet charismatic Walter, is a scene-stealer. The miscast Joe Alwyn, who plays the brutal yet quietly enamoured Gideon, has an anemic screen presence that feels vicious and bland.

This is the first feature biopic of Tubman to hit the big screen, which is both surprising and sadly not. It feels eerily timely in a Trump-led America that appears hellbent on resurrecting its darkest days.