NOW MagazineMovies & TVReviewsIf nothing else, The Circle is aptly named

If nothing else, The Circle is aptly named 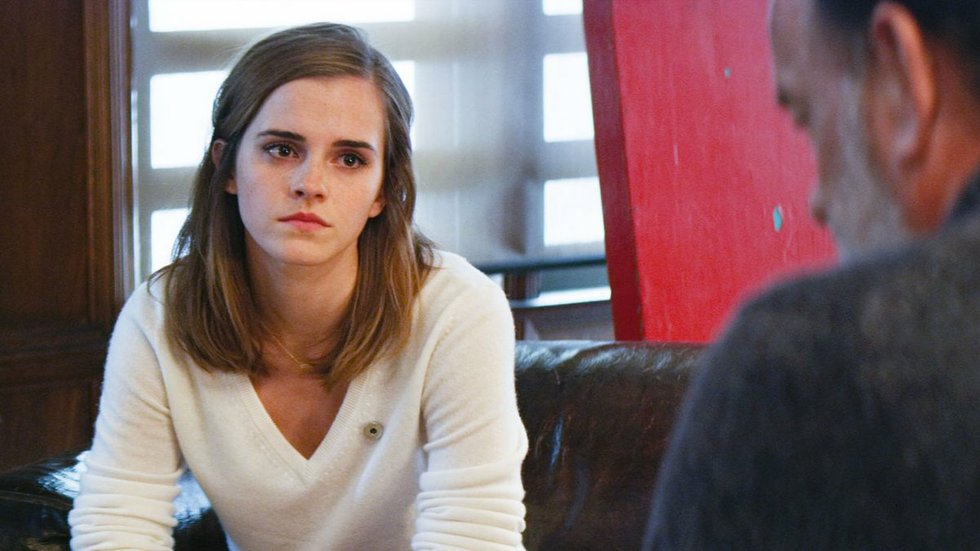 Emma Watson puts her whole life online in The Circle.

So, here’s the question: Is The Circle a cautionary tale about blurring the lines between our online and offline existences, a paranoid thriller about a social-media company that functions like a cult or a warning about the end of privacy and government as functional concepts in the 21st century?

I’m not sure, and I don’t think the movie knows either. It shifts tones and changes its thesis constantly, bobbing and weaving like a drunk trying to win an argument he can no longer follow. It’s a uniquely frustrating experience.

Adapted from Dave Eggers’s 2013 novel, the narrative centres on young Mae (Emma Watson) who gets a job with the eponymous online giant and is soon taken under the wing of its visionary CEO Bailey (Tom Hanks), much to the disgust of her tech-phobic childhood friend Mercer (Ellar Coltrane).

But what is The Circle up to with all of the data it collects, and why is Bailey so obsessed with transparency? Despite several impassioned speeches about privacy and security from the cryptic Ty (John Boyega), we never really find out. For all the talk of a global perspective, the story never expands to follow its own ramifications: things happen, but they don’t register emotionally.

Director/writer Ponsoldt, coming off the solid run of Smashed, The Spectacular Now and The End Of The Tour, has assembled a lot of talent, including Karen Gillan, Patton Oswalt and, in one of his final big-screen performances, Bill Paxton.

But there’s just nothing going on here.