Review: Let Them All Talk casts Meryl Streep in a door-slamming farce 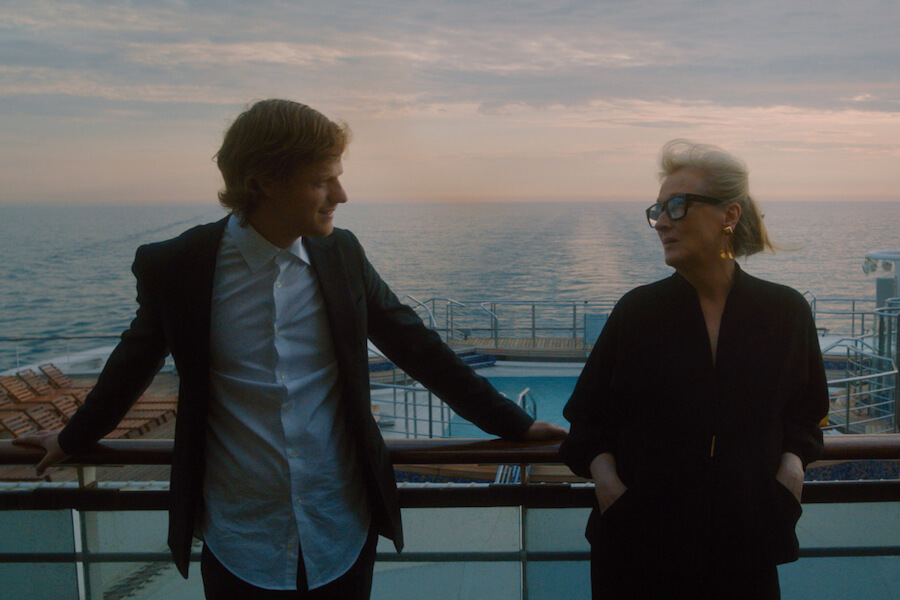 After last year’s The Laundromat, a satirical investigation of the Panama Papers scandal that didn’t quite come together they way it clearly wanted to, Steven Soderbergh and Meryl Streep reunite for this lighter and considerably less problematic project about decades-old grudges, jealousies and misunderstandings playing out on a transatlantic crossing.

Let Them All Talk stars Streep as Alice Hughes, a celebrated author of thoughtful literature who takes the Queen Mary II to England to pick up a literary prize. (We’ve never heard of it, but they don’t give it to just anyone.) Alice also brings along her nephew Tyler (Lucas Hedges) and her two old college friends Roberta (Candice Bergen) and Susan (Dianne Wiest) and, between them, decades’ worth of baggage.

See, Roberta believes Alice borrowed the details of her life for Alice’s breakout novel three decades earlier – the publication of which led to the disintegration of Roberta’s comfortable marriage. She’s using the crossing to land a rich husband, which will return her to the status she believes she deserves. She’d also like an apology from Alice, though she doesn’t believe she should have to ask for it – instead, she spends the entire trip crabbing about it to Susan, leaving the oblivious Alice to wonder why Roberta is so testy around her.

Meanwhile, Tyler fumblingly courts Alice’s agent Karen (Gemma Chan), who’s on the cruise to keep an eye on Alice – and possibly using Tyler to gain intel about Alice’s next book. There’s another novelist (filmmaker Dan Algrant) aboard, a writer of wildly successful crime fiction whom Roberta would very much like to get to know. And there’s this other gentleman (John Douglas Thompson) who keeps turning up around Alice, amusing her and confounding Tyler.

Deborah Eisenberg’s script builds a comic structure out of everyone’s resentments, jealousies and perceived betrayals, with Streep fussing at its centre and Bergen fuming at its outer points as Wiest coasts blithely through it all. The three actors find the slightly off-key melody of old friends who know each other so well that they can pick up exactly where they left off, but keep getting hung up on their own interpretations of their shared memories.

If there’s a standout among them, it’s Bergen, who gives Roberta’s single-mindedness about money a simmering frustration that tells us everything we need to know about the life this person has lived – and makes Susan’s serenity in their conversations together its own running gag. But Streep is doing her own thing in Let Them All Talk as Alice, who insists on isolating herself in her cabin during the day so she can focus on work (which she always seems to pronounce with a capital W) and can’t understand why her oldest friends – whom she hasn’t seen in decades – might take offense to that.

This is Soderbergh’s version of a door-slamming farce, which is to say there are no outright laughs, but several moments when people cross paths in hallways and regard each other quizzically. The comedy is almost subliminal, built out of imagined slights and politely declined invitations.

This is not a criticism; Soderbergh’s casual deconstruction of every film genre he comes across is the reason he’s my favourite filmmaker. And Let Them All Talk is his take on a Woody Allen movie, where simple emotional transactions are complicated by the neuroses of the people trying to perform them. (Soderbergh is also far more conscious of class divisions than Allen ever was, which makes a huge difference in the way this movie sees its characters.)

The director – who, as is his custom, also functions as the film’s director of photography and editor – amuses himself by shooting aboard the QMII during an actual crossing and treating the ship like one of his Ocean’s casinos, fixating on angles in the architecture and patterns in carpet design.

As always, his technical choices are both inventive and perfectly suited to the subject matter – but he’s also hiding the story’s real dramatic arc in plain sight, and it’s one that pays off surprisingly well. You’ll see.