NOW MagazineMovies & TVReviewsReview: Sorry To Bother You is one of the best films of the year

Review: Sorry To Bother You is one of the best films of the year 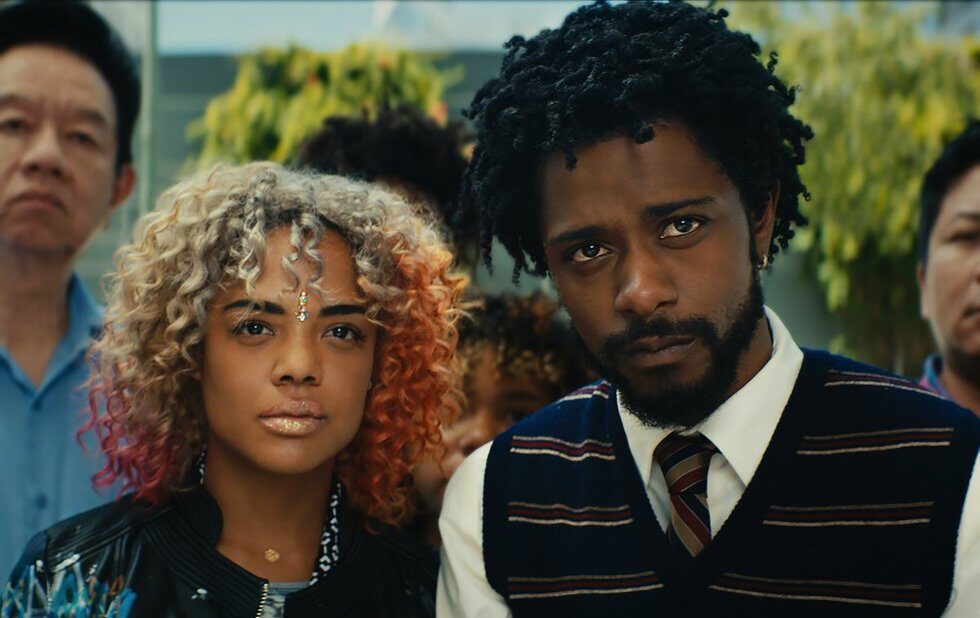 I try to avoid hyperbole, I really do. And critics have been hailing this movie ever since it premiered at Sundance. But sometimes the truth is the truth, and Sorry To Bother You really is as good as you’ve heard. Maybe even better.

In an age of rehashes, repurposings and ironic inversions of existing tropes, here is a movie that is wholly original in theme and execution it’s a social satire that walks a razor wire between cringe comedy and political activism. It hides shattering truths under impossible images. And it does it all with panache.

Comparisons can be made to everything from Robert Downey’s Putney Swope to Terry Gilliam’s Brazil, but they’re superficial. Boots Riley – a hip-hop legend making his feature debut – has made something new and weird and daring.

Sorry To Bother You is the odyssey of Cassius “Cash” Green (Lakeith Stanfield, who’s demonstrated remarkable range in Short Term 12, Get Out and Atlanta, among others), an everyman sort of guy in Oakland who’s content to coast through his own life – much to the annoyance of his artist-activist girlfriend Detroit (Tessa Thompson), who’d rather he live up to the potential she insists he has.

Having fallen behind on his rent, Cash takes a job as a telemarketer, and struggles until someone shares an invaluable secret: sound like you’re white, and you’ll do all right. As it turns out, Cash is more than just all right at code-switching he’s almost spectacularly good at it, rocketing up the corporate ladder and coming to the attention of billionaire entrepreneur Steve Lift (Armie Hammer), who has some very unorthodox ideas about productivity, employment and penis size.

And if that synopsis got a little weird at the end, well, that’s precisely how Riley has structured Sorry To Bother You all the little comic beats it lands and satirical points it scores are in the service of setting up a genuinely audacious work of art, with narrative and textural leaps that are almost obscenely clever.

Riley’s script builds a nightmarish reality on centuries of cynical exploitation of Black workers by white masters, corporate or otherwise. As crazy as Cash’s situation gets, it doesn’t feel impossible – even at its most unreal. And as it races into its final act, Sorry To Bother You mutates into something else entirely.

If Barry Jenkins’s Moonlight was the art-house breakthrough and Jordan Peele’s Get Out the mainstream smash, Riley’s film is the eccentric outlier in the new Black cinema: a frenetic comedy with furious rage bubbling just underneath its surface.

Actually, after all that, I can think of one comparison that holds up, and weirdly enough it’s the work of another politically conscious musician. Sorry To Bother You is the feature-length version of Childish Gambino’s This Is America – a work so engaging and bouncy you might not even notice the way its grin turns into a death rictus.

This is one of the best films of the year. You need to see it. And then see it again to understand how it does what it does. And maybe pick up the soundtrack, too.