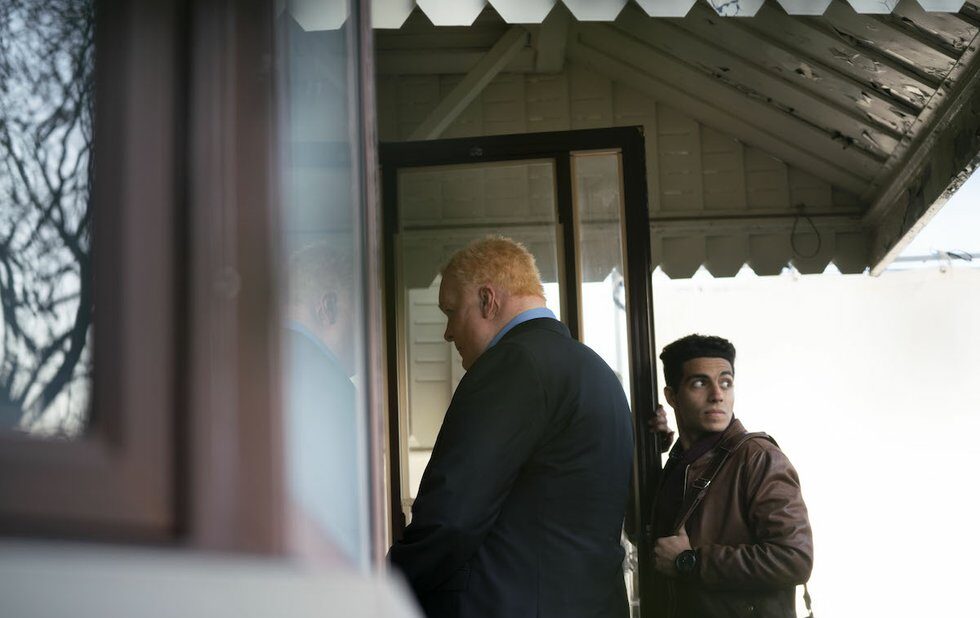 If you’ve heard of the Rob Ford movie Run This Town, you’re probably aware that it completely ignores Toronto Star reporter Robyn Doolittle’s involvement in the story she helped break.

The erasure was unsuccessful. From the day Ben Platt was announced to play an inexperienced reporter working the Ford crack-tape case, Doolittle, now a Globe and Mail reporter, re-inserted herself into the story with a tweet: “I’m glad they’re rewriting the fact that it was a female reporter who investigated Rob Ford. Why have a woman be a lead character when a man could do it? Ammaright?”

The tweet stirred controversy and Doolittle has since hung over Run This Town like a structuring absence. Perhaps I’m partly to blame. I’ve written about Run This Town three times since it premiered at the SXSW Film Festival last year, quoting that tweet in each and every story. And I’m not done yet. #NoRegrets

“People boil stories down to 140 characters,” says Run This Town’s director Ricky Tollman, the day after the SXSW premiere last March. He’s addressing two things: what his movie wants to say about news and media in the Trump era, and what his movie became after Doolittle’s tweet. Tollman feels the two conversations are related.

“People that want to believe will believe it because it aligns with their politics and the ones that won’t won’t,” says Tollman. The young Toronto-based director makes a subtle plea that everyone withhold judgment until they actually see the movie, while also awkwardly comparing the Doolittle tweet controversy to fake news.

“That’s a real struggle in the world today. We see it throughout all industries. That’s why people need to look beyond 140 characters and read a story and do their own research and get involved in politics and make their voice heard and not just rely on a single person’s voice.”

Tollman and his cast enjoyed a warm reception at their world premiere the night before. The largely American audience watched Toronto’s embarrassing mayoral drama play out onscreen and saw the obvious parallels to the Trump administration, as well as populist politicians across the globe.

“Rob was the precursor, the first one, the warning that nobody listened to,” says Dobrev, referring to the way Ford attracted votes with locker-room bluster, lies and divisive tactics – namely, pandering to the working class while introducing policy favouring the elite. His rhetoric ultimately fuelled intolerant right-wing sentiment.

“He’s this guy who really got all the working class voting for him because he made them think he was doing it for them,” adds Massoud, who was a Ryerson University student when Ford was in office. “He was not that at all. He was a really well-off white man. Look what’s happening in America. It’s exactly the same thing.”

Both Dobrev and Massoud are terrific in Run This Town. The latter sinks his teeth into a character who does Ford’s dirty work, from spinning the media with for-the-taxpayer talk or keeping the crack tape from journalists. But, like I said, those journalists in the movie don’t include Robyn Doolittle.

“I don’t think one person’s perspective is the only story you can tell,” says Tollman when asked about Doolittle, even though she is the obvious protagonist in the crack-smoking narrative.

Tollman points out that Gawker’s John Cook broke the crack-tape scandal and has an onscreen doppelganger in Run This Town. But Doolittle did the most significant reporting on the late mayor’s tumultuous reign, beginning with his drunken antics at the Garrison Ball from which he was ejected and ending with the book Crazy Town. We’ve never had an All The President’s Men-like movie about a female journalist, and Doolittle’s work was exactly that.

“Somebody should make that movie,” Tollman adds. “I would love to go see it.”

But that sentiment is disingenuous – the chances anyone will make another movie about Rob Ford are slim to none given Tollman depicts all the main plot beats and gives Doolittle’s moves to his fictional reporter.

The meetings, the compromises and the leads could have been lifted from Doolittle’s reporting.

“That’s not my story to tell,” says Tollman, adding his movie was instead inspired by his brother, a disillusioned white male who made it through j-school only to end up writing onscreen ticker headlines for a 24-hour news channel before being laid off.

The movie is about a whole whack of things, including millennial alienation, the shift in journalism toward clickbait and listicles and (much to my surprise) white male privilege. Platt describes Bram as a “privileged and entitled kid” who comes from a well-off home and gets his foot in the door because of family connections. He’s contrasted with Massoud’s Kamal, an immigrant living in a cramped apartment with his mother.

“To want to root for [Bram] even though he has a lot of things going for him that others don’t, is an interesting thing to grapple with,” says Platt. “I’m actually intrigued by that.”

Platt’s Bram acknowledges his privilege but also makes a peculiar argument that white men struggle, too.

“We need to acknowledge that everybody should be able to feel feelings,” says Tollman, when I inquire about what Bram is saying in a monologue addressing his privileges. “But you have to know the context of those feelings and where your privilege puts you in a room so that you can address other people’s feelings as well.”

Stories about white men have dominated cinema because that’s who makes movies. Tollman is a young white male who decided to steer away from Doolittle when writing a Rob Ford movie because he either found his story about Bram more intriguing – or more relatable.

And while Hollywood has been busy rebooting franchises with all-female casts and the Canadian film industry has been struggling to address the lack of opportunities for women, young and talented Ricky Tollman managed to get backing for his male-dominated first feature film from producer Randy Manis (who according to IMDB has worked as a producer exclusively with male directors up until now). Together they scored an enviable cast to make this movie that has something to say about white male privilege.

“We tell another female story that I think is really powerful,” says Massoud, who rightly points to Dobrev’s character.

Dobrev’s Ashley is the emotional heavyweight in Run This Town. I hesitate to reveal the real-life figure she stands in for, but let’s just say Dobrev is proud to tell her story while standing in solidarity with the #MeToo and #TimesUp movements.

Dobrev also expects Doolittle to appreciate what she represents in the film. After all, Doolittle followed up Crazy Town with Had It Coming, a book on #MeToo.

“Once she sees the movie, she’ll hopefully be happy.”