Once Taika Waititi's comedy about a boy and his imaginary best friend Adolf Hitler finds its queasy/funny tone, it never steps wrong 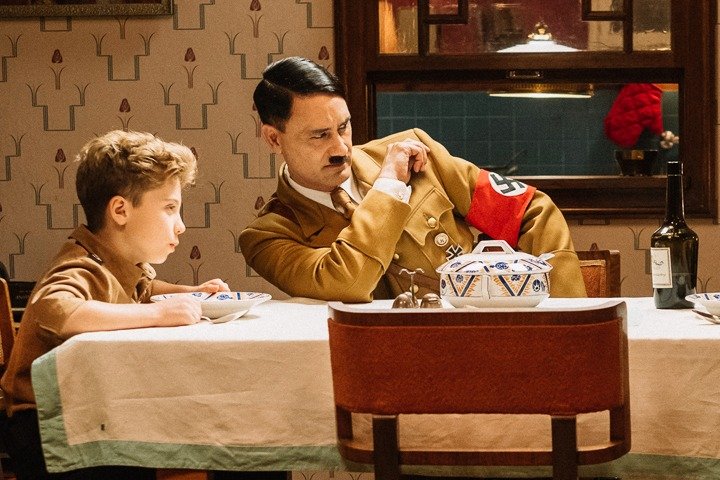 It’s 1944, and 10-year-old Jojo (Roman Griffin Davis) wants to be the very best Nazi that he can be, the better to impress his imaginary best friend Adolf Hitler (Taika Waititi) and, sure, his apathetic Hitler Youth commander (Sam Rockwell). And then he finds out that his mother (Scarlett Johansson) is hiding a Jewish teenager (Thomasin McKenzie) in their attic.

Writer/director Waititi turns Christine Leunens’s novel Caging Skies into a companion piece to his 2010 coming-of-age feature Boy, another film about a kid whose imaginary life is shredded by the realities from which he’s hiding. It’s just that the stakes in Jojo Rabbit are a lot higher, and the satirical needle a lot harder to thread. It takes a while for the film’s queasy/funny tone to set, but once it does the movie never steps wrong.

And as good as Davis, McKenzie, Johansson and Sam Rockwell are, it’s Waititi who ultimately gives the film’s trickiest performance, slowly adjusting his imaginary Hitler from enthusiastic sidekick to desperate bully as Jojo’s understanding of reality erodes his innocence.

Any resemblance to current politics is, of course, entirely coincidental.