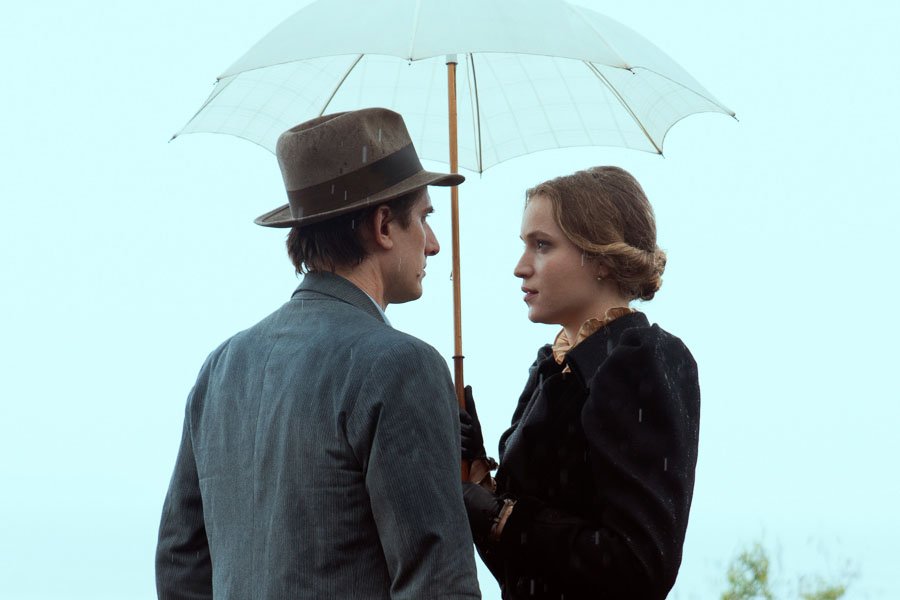 Martin Eden (Luca Marinelli) is a working-class sailor who decides to level up by self-educating to become a writer, initially to impress his wealthy love interest, Elena (Jessica Cressy). Chided by both sides of the divide for selecting a financially dubious profession, Martin succeeds but grows intensely individualistic. His intellectual acrobatics are infuriating but understandable, thanks to Marinelli’s finely calibrated performance, which maintains Martin’s core righteousness as his upward mobility causes an existential crisis that hardens his political thinking.

The director must pull off his own balancing act between the thinness of his fairy-tale characterizations and heavy theoretical ideas. (Several philosophers are name-checked throughout.) He does so by creating an ambiguous 20th-century atmosphere via DPs Francesco Di Giacomo and Alessandro Abate’s striking and saturated Super 16mm photography, and by mixing in archival footage and pop music that feel ironically nostalgic.

Martin Eden does what few artists or commentators care to do: attempt to grasp, rather than capitalize on, the fraught humanity and circumstances that lead to self-defeating political ideologies.