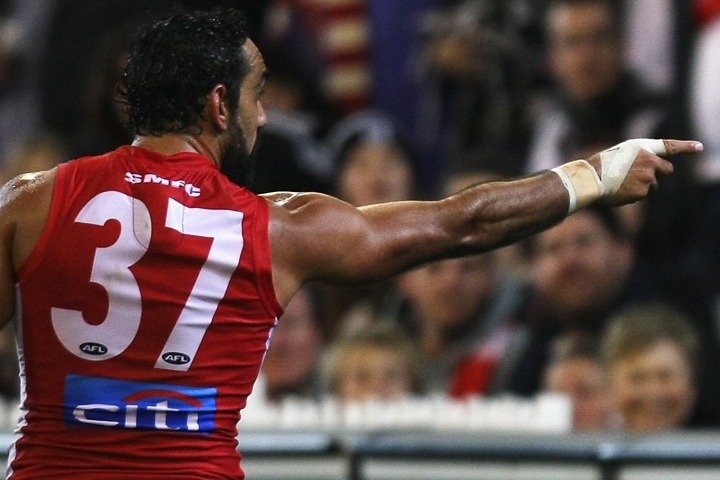 Adam Goodes was a beloved star in the Australian Football League until he became an outspoken advocate for Indigenous rights. Then the nation turned on him.

Sports has a way of capturing the essence of what’s happening in society. So says one of the front-loaded sound bites at the beginning of director Gordon’s documentary, and the rest of the film plays out like proof. It’s filled with foreign references and slang, plus archival footage of a sport few on this side of the equator know how to follow, but it’s eerily similar to conversations currently happening in the NFL and NBA: racism, fan entitlement, player empowerment, activism and protest. (LeBron James’s “athlete empowerment” brand Uninterrupted helped bring the doc to North America and Australian Philadelphia 76ers star Ben Simmons executive-produced it.) It’s also set against a backdrop of Indigenous reconciliation, which is playing out similarly in Canada.

Goodes is a compelling figure and thoughtful, incisive and compassionate guy to spend so much time with. But he’s also an emblem, much like Colin Kaepernick – “the Black man who complained” (in Australia, “Black” and “Indigenous” seem to be used interchangeably). And his story is an emblem, too – for Australia’s uncomfortable and oft-avoided national self-examination and the racist truth at the heart of the Australian Dream.

It can be exhausting when your very identity is politicized. The film feels exhausting at times too, but in a way that’s to its credit – both Goodes and the doc are unrelenting, and they refuse to let fans or viewers off the hook.