What to watch on CBC Gem in February 2022

Everything coming to CBC Gem in February 2022, including The Porter, Best In Miniature and Jean-Marc Vallee's most personal film 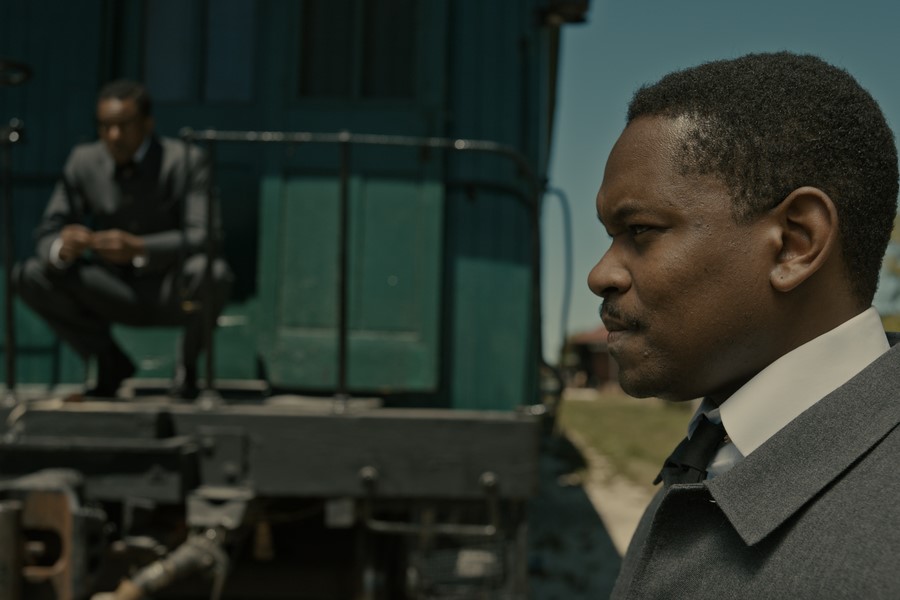 Here’s everything new coming to CBC Gem in February 2022, including these shows highlighted by NOW critics.

Based on the true story of the world’s first Black union, this historical drama tells the story of the railway workers who came together a century ago in Montreal, Chicago and Detroit to fight for safer working conditions, more humane treatment and ultimately their own liberation. Ronnie Rowe Jr. (Black Cop, Star Trek: Discovery) stars alongside Aml Ameen (I May Destroy You), Mouna Traoré (The Umbrella Academy) and Oluniké Adeliyi (She Never Died); Charles Officer and RT Thorne direct. Officer, Rowe and Adeliyi last collaborated on the excellent 2020 thriller Akilla’s Escape, so it’ll be interesting to see what they do with the larger canvas of a CBC miniseries. Mondays from February 21

Gem will spotlight a selection of documentary films and series in honour of Black History Month, including the premieres of the feature docs I Am Not Your Negro (February 1, pictured above) and All The Streets Are Silent: The Convergence Of Hip Hop & Skateboarding (February 21). The platform is also adding new programming to its Being Black In Canada hub over the course of the month, including a half-hour documentary Being Black In Canada At The Olympic Games (February 5), in which Tamika Forrester interviews Black Canadian athletes about their experiences at the games.

The loss of filmmaker Jean-Marc Vallée last December is still an open wound on Canadian cinema, but watching his work is a good way to remember him – and this drama is his most personal work, following the parallel stories of a young mother (Vanessa Paradis) in 60s Paris and a present-day DJ (Kevin Parent) who’s left his wife (Helene Florent) for another woman (future Orphan Black star Evelyn Brochu). Here’s my TIFF 2011 interview with Vallée. February 14

This Hour Has 22 Minutes’ Aba Amuquandoh hosts a game show with a novel twist: artists from around the globe are challenged to build teeny versions of their dream homes – “in painstaking detail, room by room” – at 1:12 scale. Sure, it sounds like a pitch someone dreamed up to justify buying an expensive set of macro lenses… but high-concept weirdness sells! And who knows? If someone winds up building a functioning miniature oven, CBC might even get a Tiny Baking Show out of it. February 11

The full list of new titles available on CBC Gem in February 2022 by date:

Black History Month Collection
Black Boys
The Black Church: This Is Our Story, This Is Our Song
The Black Panthers: Vanguards Of The Revolution
Conviction: The Stephen Lawrence Story
I Am Not Your Negro
Maya Angelou: And Still I Rise
Voice Of Freedom

People Just Do Nothing (season 2)

Being Black In Canada At The Olympic Games

Escape To The Country (season 26B)

All The Streets Are Silent: The Convergence Of Hip Hop & Skateboarding Voice Of Freedom (Black History Month Collection)
The Porter (series premiere)