What to watch on Netflix Canada in March 2022

Here's everything coming to Netflix Canada in March 2022, including the new season of Bridgerton and the Big Mouth spinoff Human Resources 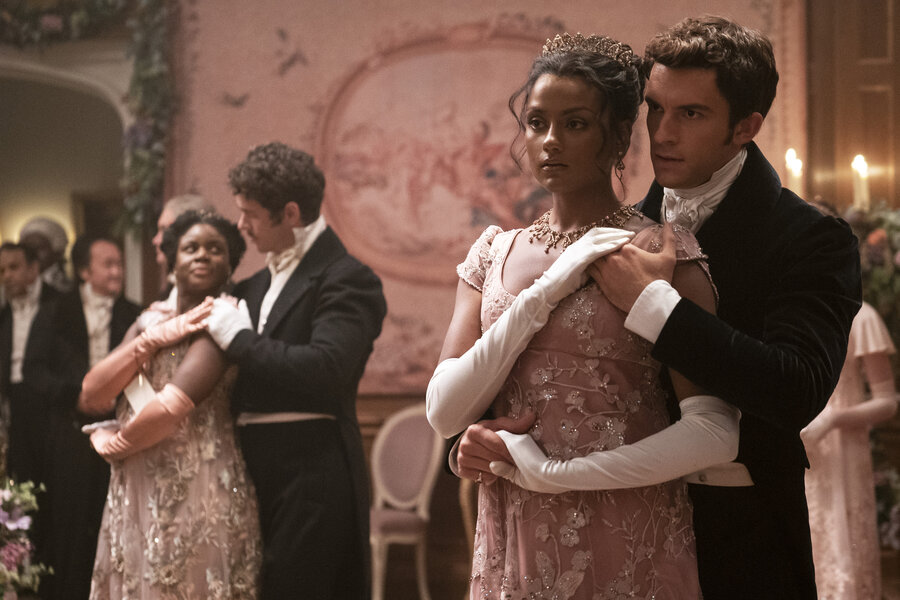 Here’s everything that’s coming to and leaving Netflix Canada in March 2022.

The first season of revisionist costume drama Bridgerton struck a chord with young audiences even if critics didn’t exactly buy into its superficially progressive gambit. The series from Shondaland gave us Jane Austen-lite romance with a diverse cast, where (light-skinned) Black men and women could take part in Regency era courting season and no one bats an eye, not even the gossip columnist narrating the season. Curious to see whether season two will challenge the whole race-blind England fantasy. It will have to do so without Regé-Jean Page, the departing heartthrob from the original season. (Radheyan Simonpillai) March 25

Okay. We’re not talking about inconsiderate roomies who leave the toilet seat up, don’t do their dishes or blast their music 24/7. This new anthology docuseries explores sharing homes with violent con artists or brutal killers. It’s executive produced by Jason Blum, the guy responsible for The Purge series, so expect some major scares. (Glenn Ssumi) March 1

Based on a 2018 novel by Karin Slaughter, this limited series stars Toni Collette as Laura Oliver and Bella Heathcote as her adult daughter Andy, who live in a sleepy Georgia town where nothing ever happens… until a violent incident lands Laura in the hospital, sending Andy on the run to discover almost nothing about her mother’s life is to be believed. Jessica Barden and Omari Hardwick are among the supporting players, and the whole thing was shot in Australia – just like last summer’s Clickbait. Will this show have the same twisty-turny urgency, or just be another in Netflix’s never-ending line of series about families, trauma and long-buried secrets? Let’s find out. (NW) March 4

The iconic pop-art figure’s diaries were published posthumously in 1989, and now they form the basis of this six-part docuseries, which covers everything from his humble childhood in Pittsburgh to his rise in the New York art scene to the infamous attempt on his life (by Valerie Solanas) in 1968. The series, produced by the ubiquitous Ryan Murphy, features interviews with people who knew him well, like Jerry Hall and Bob Colacello, and Warhol’s own words come to life via an AI-version of his voice. (GS) March 9

It was only a matter of time before this groundbreaking makeover series featuring five queer experts in lifestyle, fashion, beauty, health and design went international. Now Germany offers up their own Fab Five: Jan-Henrik, David, Ayan, Leni and Aljosha will be travelling the country and transforming people into more fabulous versions of their former selves. Never mind that some of them look like Mike Myers’s SNL Dieter character. March 9

Ryan Reynolds and director Shawn Levy follow Free Guy with this sci-fi adventure about a contemporary kid (newcomer Walker Scobell) who discovers the pilot who crashed in the woods outside his home is actually his own older self (Reynolds), who’s travelled back in time in an effort to save the world from… something. Jennifer Garner and Mark Ruffalo play their parents, and if this whole thing turns out to be a secret 13 Going On 30 sequel we will be very, very impressed. (NW) March 11

Three decades after going beyond Thunderdome, George Miller revisited his post-apocalyptic series and delivered one of the greatest action movies ever made, a glorious, brutal, utterly thrilling adventure pitting Tom Hardy’s Max and Charlize Theron’s Furiosa against the death cult of Immortan Joe in a chase across an endless desert. And with the publication of Blood, Sweat & Chrome: The Wild And True Story Of Mad Max Fury Road, a new book from New York Times columnist Kyle Buchanan, you’re probably itching to revisit it. So here it is! Isn’t that handy? (NW) March 13

Just when you thought there couldn’t be another baking competition show, along comes this series, which features cake artists recreating things like handbags and sewing machines… all made of delicious you-know-what. Inspired by the popular meme, the series it hosted by SNL’s Mikey Day and features celebrity guest judges including comic Fortune Feimster and Queer Eye’s Karamo Brown. Yum. (GS) March 18

Trust No One: The Hunt For The Bitcoin King

Audiences have been eating up stories of hustlers wielding new technology lately. Look at how popular the social media con artist narratives in Inventing Anna and The Tinder Swindler turned out. Trust No One takes that true crime genre to the next buzzword: crypto. The documentary is about the Canadian crypto exchange founder who suspiciously died holding the passwords to hundreds of millions of other people’s Bitcoin, potentially leaving their savings in the blockchain void. The film follows the internet sleuths who launched their own investigation into Quadriga’s Gerald Cotton, trying to figure out the potential crypto Ponzi scheme that he was a part of and whether his death is simply part of the hustle. March 30

The full list of new titles available on Netflix Canada in March 2022 by date:

The Guardians Of Justice
Worst Roommate Ever

He-Man And The Masters Of The Universe (season 2)
Midnight At The Pera Palace
The Parisian Agency: Exclusive Properties (season 2)
Surviving Paradise: A Family Tale
Whindersson Nunes: My Own Show!

Lies And Deceit
Making Fun
Pieces Of Her

An Astrological Guide For Broken Hearts (season 2)
Last One Standing
Taylor Tomlinson: Look At You

The Flash (season 8, new episode)
Formula 1: Drive To Survive (season 4)
Life After Death With Tyler Henry
Once Upon A Time… Happily Never After

Jeff Foxworthy: The Good Old Days
The Principles Of Pleasure

Trust No One: The Hunt For The Crypto King

Against The Ice
The Pirates: The Last Royal Treasure
The Weekend Away