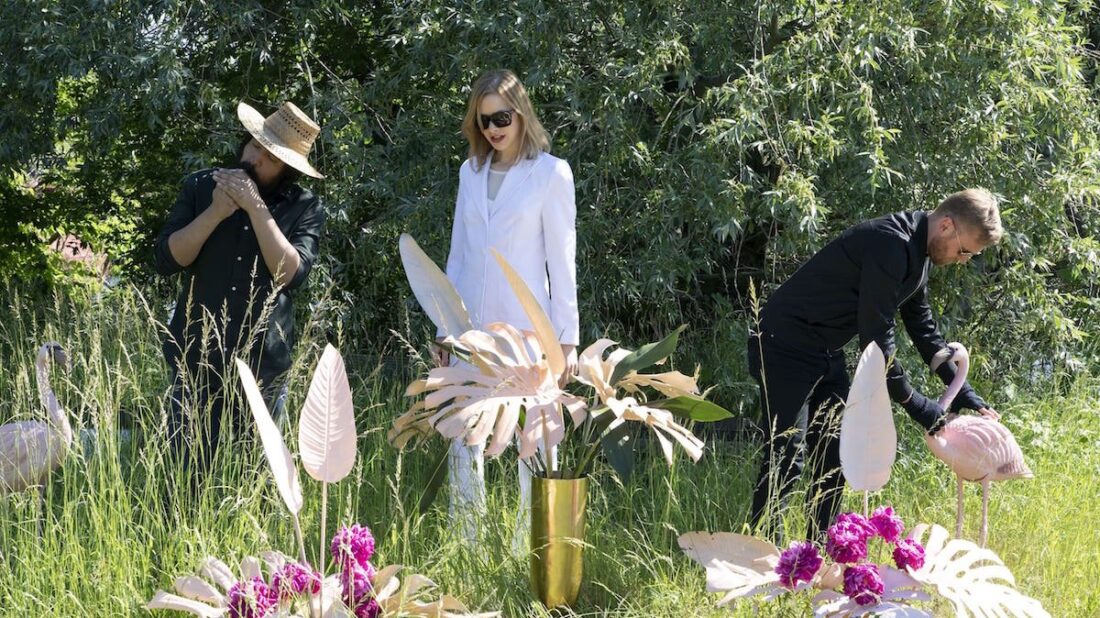 Post-punk seems to undergo a revival every now and then until it inevitably spins into something clean and commercial sounding. It would be overkill to call the second LP from Exploded View, comprising Berlin-based vocalist Annika Henderson and Mexico City-based multi-instrumentalists Hugo Quezada and Martin Thulin, a rebirth or bold return to a lo-fi/DIY ethos, but something about it clicks with the current mood of anxiety and austerity. (There’s something to be said for timeliness.) It’s anti-everything, but comfortingly so.

The band’s sound harkens back to early 80s West Berlin minus the wild hedonism: syncopated dance-floor rhythms collide into mechanical clang and undulating electronics with Henderson’s eerie vocals providing an anchor. She is formerly a journalist, and her cautious delivery sometimes sounds matter of fact. She’s not detached – who can afford to be these days? – but her melodies have a subtle, rising urgency that nicely complements both the trebly psych of Sleepers and the title track as well as driving rhythmic numbers like Raven Raven, Come On Honey and Dark Stains, the jerky beat of which wouldn’t be out of place in a clubby DJ set.

Henderson’s lyrics seem to spring from personal life concerns but could easily be interpreted as political. Paired with Quezada and Thulin’s frantic soundscapes, Obey is a reminder that the steeliest demeanors can belie a raging cauldron of emotion. By the time the album’s short 38 minutes are over, what seemed at first like ambivalence feels more like transcendence.