The album could be a blueprint for the future sound of hip-hop, but for now, it’s unlikely the avant-garde lyricism will dominate RapCaviar anytime soon 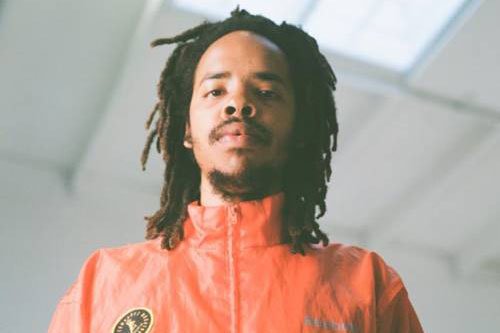 At a time when internet ubiquity has become synonymous with artistic success, Earl Sweatshirt has always been an enigma. Instead of going viral to maintain relevance, the rapper, born Thebe Neruda Kgositsile, has receded from the spotlight throughout his career. He disappeared after the 2010 release of his cult classic video Earl, during the height of Odd Future mania, and took a three-year hiatus following his second album I Don’t Like Shit, I Don’t Go Outside. It’s only right that his long-awaited third studio album once again circumvents convention.

Featuring blurry selfie album art and a comically understated title, Some Rap Songs feels specifically designed to keep casual hip-hop listeners out of its densely lyrical and experimental circle. Sweatshirt avoids flexes about his successful life and career to muse about depression and bad acid. He swaps standard hooks and percussive trap beats for distorted jazz samples and glitchy, lo-fi production. The end result is a cloudy listening experience that demands heavy replay to figure out.

The problem is that Earl’s stream of consciousness style does not lend itself to easy listening. Off-kilter drum loops and piano chords bury the lyrics on Red Water and Peanut, creating an unfriendly sonic experience reminiscent of listening to a song with cheap earphones in a noisy room. Listeners will only be able to appreciate Earl’s poetry once they devote every ounce of their focus to hearing it.

It’s almost too fitting that the rapper, who once told Pitchfork “flexing is being able to say the most in the least amount of words,” communicates his clearest emotions in the two songs where he says virtually nothing. On Playing Possum, Sweatshirt reconciles his relationship with his father, the late South African poet Keorapetse William Kgositsile, by sampling an excerpt of his poem, Anguish Longer Than Sorrow, alongside his mother Cheryl Harris reading a keynote speech. He also shows glimpses of optimism on final track Riot!, a sunny, acoustic instrumental that samples a song of the same name by his uncle, jazz legend Hugh Masekela.

On December 24 and Ontheway!, Earl disperses more familiar, digestible melodies like doggy treats, which encourages listeners to continue working their way through the track list. The album could be a blueprint for the future sound of hip-hop. But for now, it’s unlikely the avant-garde lyricism will dominate RapCaviar anytime soon.