The "polar score," which Tagaq originally created for the National Maritime Museum, is a violent current you have no choice but to lose yourself in 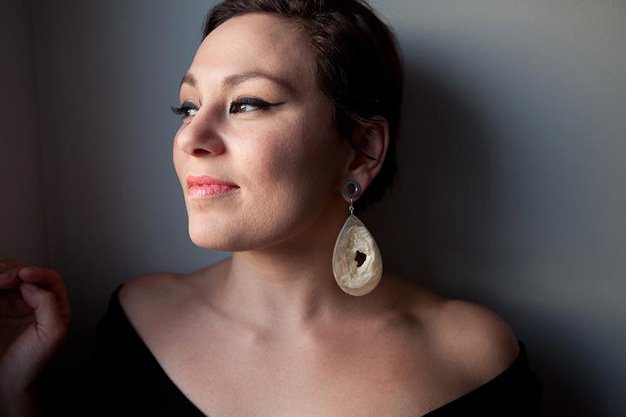 The five-song EP, which follows her Giller Prize-nominated debut novel Split Tooth, is compiled of material she performed in 2017 at the National Maritime Museum in London, England. Though it predates the release of the book, which NOW’s Carla Gillis called “exhilarating in its carnality, experimentation, vulnerability and wisdom,” Tagaq says the material on Toothsayer is thematically linked to the text.

Toothsayer conjures the extreme winters of Nunavut, where Split Tooth is set and where the now-Toronto-based Tagaq originally hails from. But the often bleak and biting record is most satisfying when Tagaq and collaborators Jean Martin and Ash Koosha let their imaginations embellish and not just imitate those frozen conditions.

In Split Tooth, Tagaq describes The Northern Lights as having mythical qualities, their mere presence shaking her to the core. “The drone of their vibration is loosening my marrow,” she writes. Those vibrations link that work to this one, with Toothsayer’s opening track Icebreaker beginning with such a drone, before Tagaq’s vocals join in and summon Martin’s cantering percussion.

The title is a portmanteau of “tooth” and “soothsayer” that Tagaq invented, suggesting an aspect of facing the unknown. On the serene title track, with very little in the way of form or instrumentation, Tagaq’s voice is the point of fixation that guides us through fathomless clouds of drifting tones.

Improvised music already lends itself to the unpredictable qualities of the elements, but Tagaq and company also find their strength in building patterns. That’s the case with Martin’s establishing beat on Icebreaker. On Submerged, insistent ticking rhythms creak like ice floes joining to meet Tagaq’s circular cadences, laying the groundwork for what Tagaq does best: tearing it all to shreds.

Her vocal performance on the record is inspired. It arrives like a violent current that you have no choice but to lose yourself in.