Plus a new #NOWplaying roundup with songs by Deliluh, Lydia Persaud, anders, Moon King and more 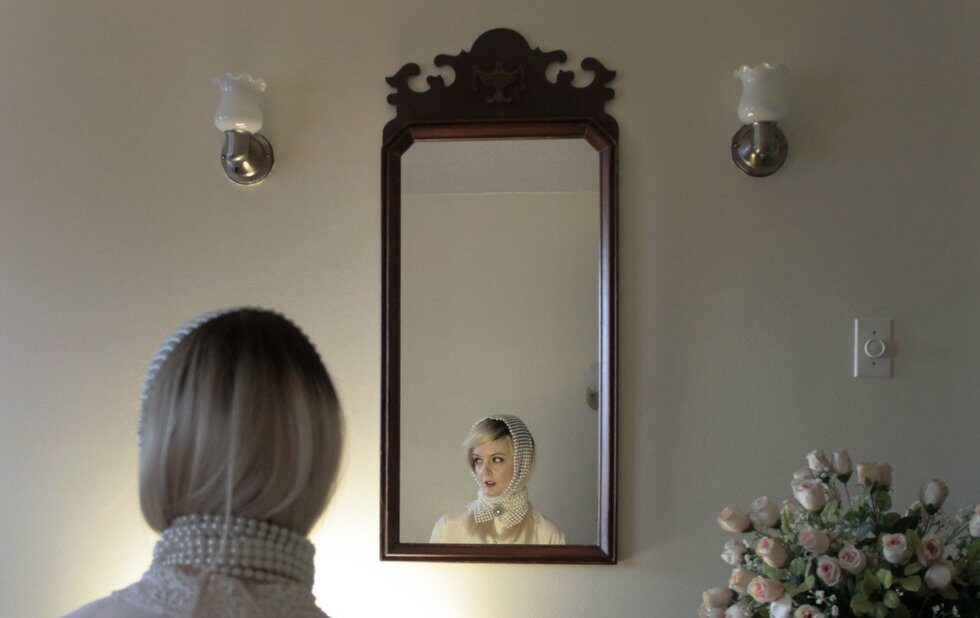 Sylvia Plath, Anne Sexton and Virginia Woolf have all made invaluable contributions to the western literary canon, but their legacies have also been complicatedly romanticized for their inextricable struggles with mental health and eventual suicides.

In a chilling new lyric video directed by MC NTSC that we’re premiering below, occasional NOW contributor, DIY drone therapist and mental health advocate Kristel Jax (aka Brigitte Bardon’t) reaches out to those figures, her calls to commune with the dead growing increasingly desperate.

“The narrator is lost in the forest and speaking with the dead,” Jax explains via email. “I hope it carries the feeling of not seeing the trees for the forest and becoming overwhelmed by desperation.”

A rare recorded transmission, it’s the first new look we’ve had at Jax’s long-evolving multimedia digital pop concrète project O / L since the video for Tightly But Briefly released three years ago. Previously referred to as a “forever album,” the undertaking continues work Jax began in 2011 in her former band Alpha Couple and tells the story of L and her dog O as they gradually break free from L’s abusive relationship, incorporating audio samples, lyrics, video, text, and imagery culled from L’s internet presence.

“[Plath, Sexton, and Woolf] are all referenced often in the video diaries O / L is inspired by, both as writers and as celebrity/aspirational figures,” says Jax. “I hope that anyone who feels like the narrator of this song, like they’re wandering alone except for overwhelming historical or even fictional figures who live in their head, will feel spoken to.”

The track is also included in the new NOEXIST007 compilation from Montreal-based collective No Exist, curated by collective member and Jax’s former Alpha Couple bandmate Vincent Ferrari, who recorded some of her vocal tracks before they were distorted by a digital eight-track recorder in 2013. The compilation also features songs by Valeda, Cares, Così e Così, Dame Cook and more, and you can catch a showcase at Owl’s Club on Friday (April 5). TOM BEEDHAM

For a project with one driving force, Chastity can make a hell of a lot of noise. That’s especially true you if you see them live (and especially true if you see them live in a barn in Whitby) – but with their new Justin Singer-directed video, the Ontario rock band come close to recreating that cascade of sound. All it takes is 12 guitarists and a drummer. Under flourescent lights, Chastity and members of Ellis, Dilly Dally, Odonis Odonis, Whoop-SZO, Heaven 4 Real and other local and local-ish bands grab their guitars and build the gloriously abrasive crescendo. It’s as if Broken Social Scene came together over a love of the Deftones instead of the Sea and Cake. RICHARD TRAPUNSKI

We’re back with a new #NOWplaying playlist full of new music from Toronto. This week there’s a new song from the Slinty and tightly-wound Deliluh, some Deerhunter-meets-Lou-Reed art pop from Urkimsher (a group with contributions from members of U.S. Girls, Ice Cream, Carl Didur and more), a slinky new electronic track from the shadowy Roam – part of his ever-growing CLUB 27 playlist – and more. Check back throughout the week to see it shift and grow and subscribe here for a new playlist every week.