From her gut-wrenching emotion to her gravity-defying pole dancing, the British artist showed why she's a true performer, willing to leave everything onstage 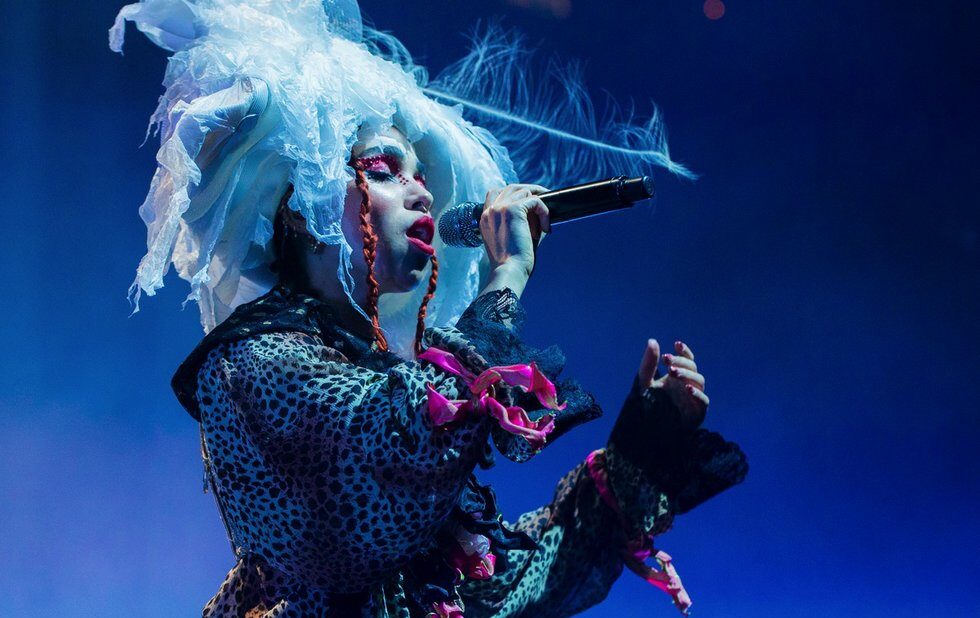 FKA Twigs is an artist made for the stage. It’s not enough to hear her – you have to see her. Her visual language is as important as her music.

From the moment the artist born Tahliah Barnett started releasing music as Twigs in 2012, she’s been dedicated to storytelling through videos: there’s the kinky up-closeness of Papi Pacify, the neoclassical grandeur of Two Weeks, the wilderness vogue ballroom scenes of Glass & Patron.

The English artist’s live show is like one of those conceptual videos come to life: theatrical, with entrancing dance breaks, costume changes (I lost count after six) and raw, untethered sensuality.

The crowd at Rebel was frenzied while crammed in and waiting for her delayed set. Screams reverberated off the walls as she emerged through clouds of smoke in a white feathered hat, slick patent leather heels and a patchwork of cheetah and plaid, her voice a whisper as she opened with 2013’s breakout single Water Me.

New album Magdalene explores the theme of vilified women whose narratives have been written for them, like its namesake Mary Magdalene. Throughout the show, Twigs’ own narrative flipped from all-out performance art to tender vulnerability as she dripped with South London swagger one song and submissive trepidation the next.

But her voice was the highlight. Her airy soprano, often set against jarring heavy, bassy electronic production, is even more haunting in person, and, with dancers not joining till the fourth song, it grabbed the spotlight.

In a recent interview with Genius, Twigs joked that she’s always seen herself as a court jester, and it was clear that she came prepared to deliver a spectacle, including an intricate Wushu sword-fighting sequence (another of her many skills), reimagined Ancient Greek comedy and tragedy prop masks, pole-dancing – all tastefully executed. At one point she even changed into harlequin print parachute pants, fully committing to the jester role. 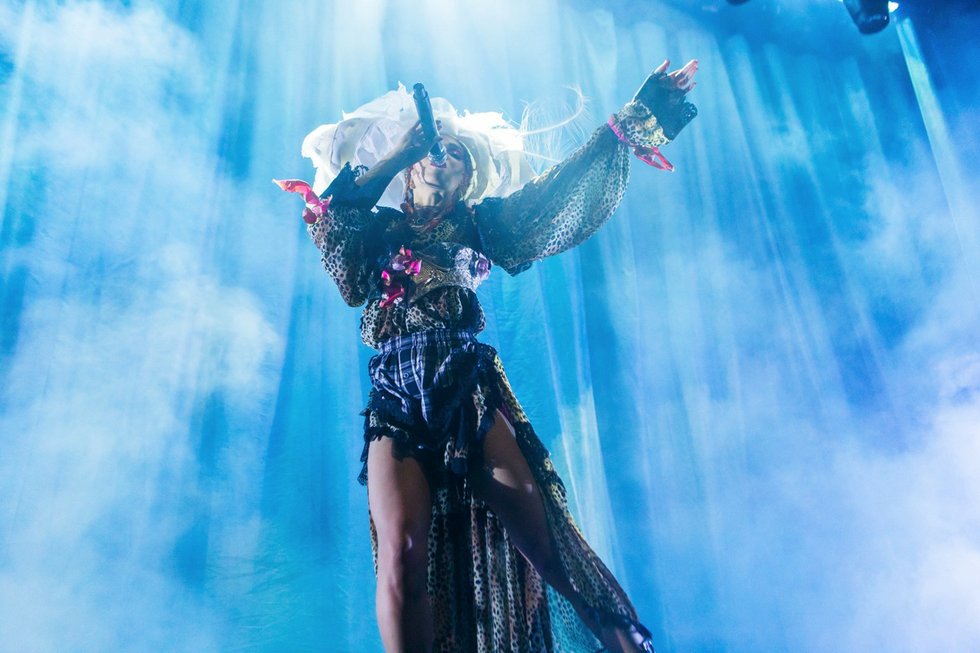 Twigs has undeniable star power but seemingly zero interest in being a star in the traditional sense. She makes unwaveringly idiosyncratic music and eludes the spotlight whenever she can. But in front of an audience she is a true performer. Unlike many other singers, she challenges her dancers to keep up with her, not the other way around.

She didn’t banter with the crowd, but instead got intimately close in a way that broke boundaries. While singing Mary Magdalene, she went into the crowd and stopped in front of a fan who had been singing along to every lyric. She hovered inches away from his face, caressed his cheek and made eye contact so intense I started to wonder if she knew him.

Moments of reprieve, stillness and contemplation punctuated the set, contrasting climaxes like Holy Terrain and Fukk Sleep, her collabs with Future and A$AP Rocky. She sang Mirrored Heart, a gut-wrenching doozy about true love evading her time and time again, in a pin-drop-worthy hush, and began to sob during the last verse as she sang the final line, “They just remind me I’m without you.”

Finally, near the end of her set, she delivered the gravity-defying athleticism everyone had been waiting for. In jewel-encrusted lingerie and Lucite stripper heels, she got on the pole. A groovier version of Lights On from 2014’s LP1 played as she nimbly threw, contorted and spun herself up and down.

Twigs learned to pole dance specifically for the Cellophane music video, spending a year training to perform it with the effortless seamlessness she’s known for. But when she got around to singing Cellophane, she didn’t get back on the pole. Instead, she closed the night the same way she’d started it, alone with her microphone – a woman prepared to leave it all on the stage.