NOW MagazineMusicConcert reviewsReview: Metric stripped their sound down at “art maze” the Funhouse

Review: Metric stripped their sound down at “art maze” the Funhouse

Playing as an acoustic duo for 200 fans, Emily Haines and Jimmy Shaw hearkened back to their origins and reminded us of the rock-solid bones beneath their stadium-sized songs 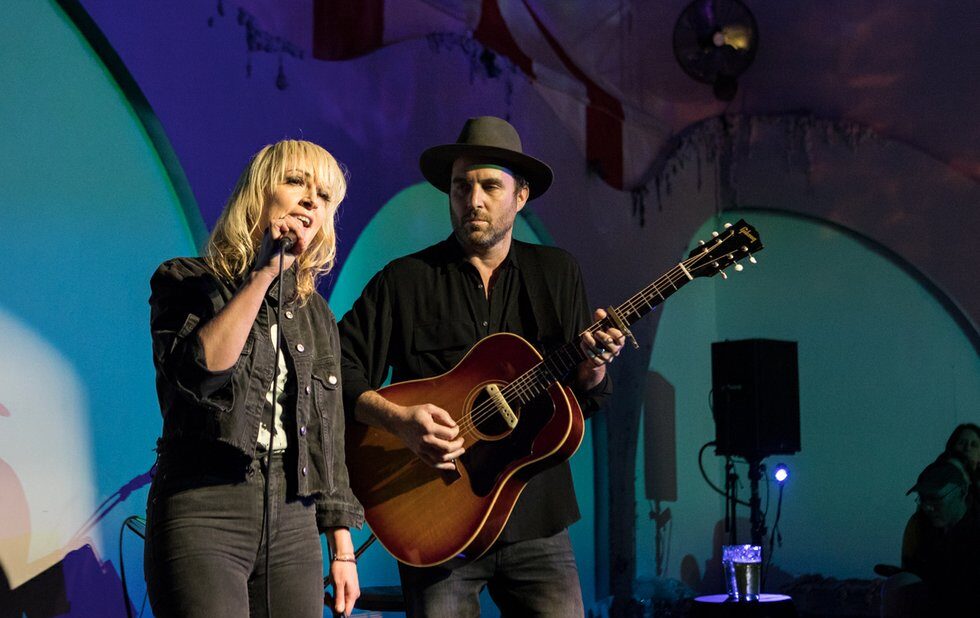 Seeing local indie rock powerhouses Metric electrify arenas with their stadium-sized synth-pop anthems over the past decade, it’s sometimes hard to remember how the band started life more than two decades ago: as the duo of singer Emily Haines and guitarist Jimmy Shaw playing tiny local rooms like the Gladstone Hotel’s Melody Bar with little more than a keyboard and acoustic guitar.

While Queen West Instagram-bait “art maze” the Funhouse isn’t exactly a small club, the last of Haines and Shaw’s four weekly acoustic residency shows there harkened back to those early origins, stripping Metric songs new and old down to their rock-solid bones.

Each Thursday in November, the duo have been playing intimate acoustic sets to audiences of only 200 per night (with last night’s crowd skewing older than their usual audience, likely due to the $99+ ticket price). The setlists were drawn from fan requests and each evening was recorded for a future limited-edition vinyl keepsake.

With colourful streamers bedecking the back of the room and a circus-themed fresco in front, the artful space set the tone for the relaxed, loose tone of the evening. From the very first song – 2015’s Cascades reimagined as a country ballad – it was clear Haines and Shaw were embracing the sheer joy of playing their music in its elemental state and the audience was appreciative of this glimpse into their creative process. 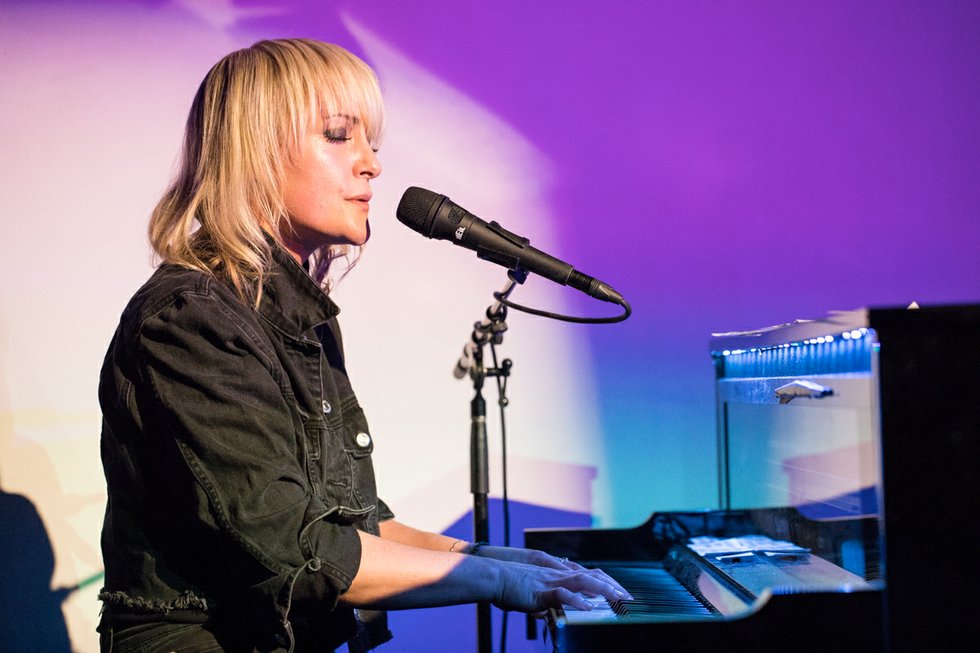 “This is so cool we get to do this together,” beamed Haines, later admitting she’s felt pressure in the arena rock incarnation of Metric to live up to audiences’ expectations. If anything, taking a step away from the big rooms and reminding themselves – and their longtime hometown fans – of their musical roots was a smart move.

The band had hinted in the past of their desire to make a more pared-down album but have instead continued to ramp up the guitars and synths – Metric have never shied away from aiming for stadium love, which has served them well as a successful touring act in the streaming age. But hearing their songs deconstructed into their essential parts, particularly those with Haines on piano and Shaw tearing it up on guitar, was a stark reminder of their remarkable songwriting, not to mention Haines’s pointed lyrics and gossamer vocals and Shaw’s virtuoso guitar chops. (It was also nice to hear Shaw sing, given his backup vocals are often buried in Metric’s supercharged arena mix).

Hearing a huge rock track like Synthetica approached as a jaunty folk tune, or an older classic like Dead Disco reworked as a stark (and strangely timely) soundscape, brought a new appreciation for the pair’s innate creative chemistry and deep connection to their songs. It also made you wonder what an alternate-universe Metric would have sounded like had they remained a duo exploring this type of musical approach.

Then again, they would’ve then had to deal with hometown crowds that talk endlessly even through special experiences like last night’s set (is there seriously nothing that will shut Toronto crowds up?). Still, Metric’s songs find a way to connect with listeners, whether they’re rocking out or turning it down. 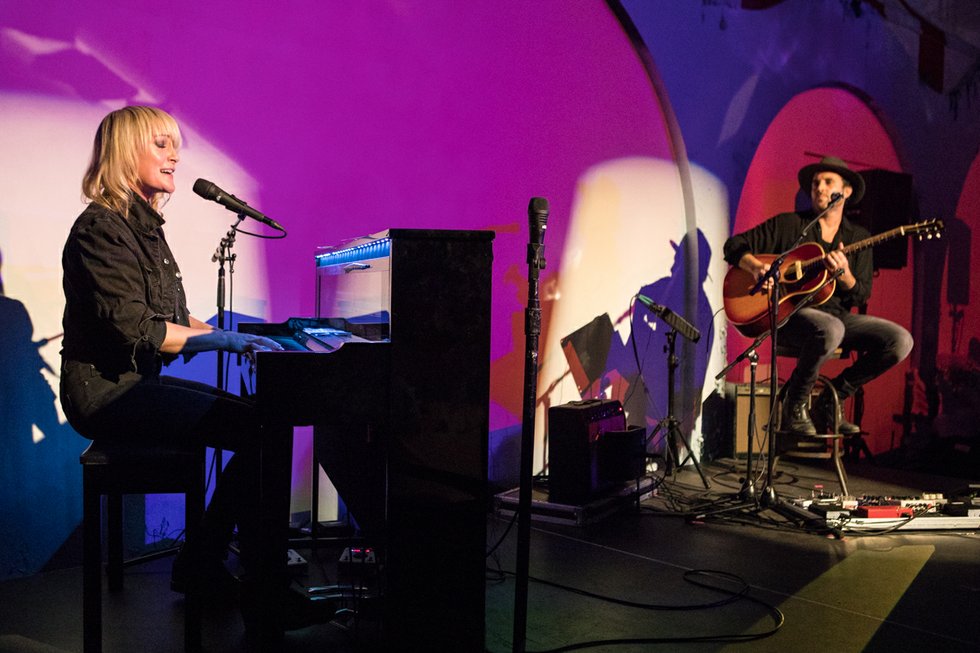