At Burl's Creek in Oro-Medonte, Mick Jagger congratulated the Toronto Raptors and referenced Doug Ford as the band ripped through an ecstatic set of their biggest hits 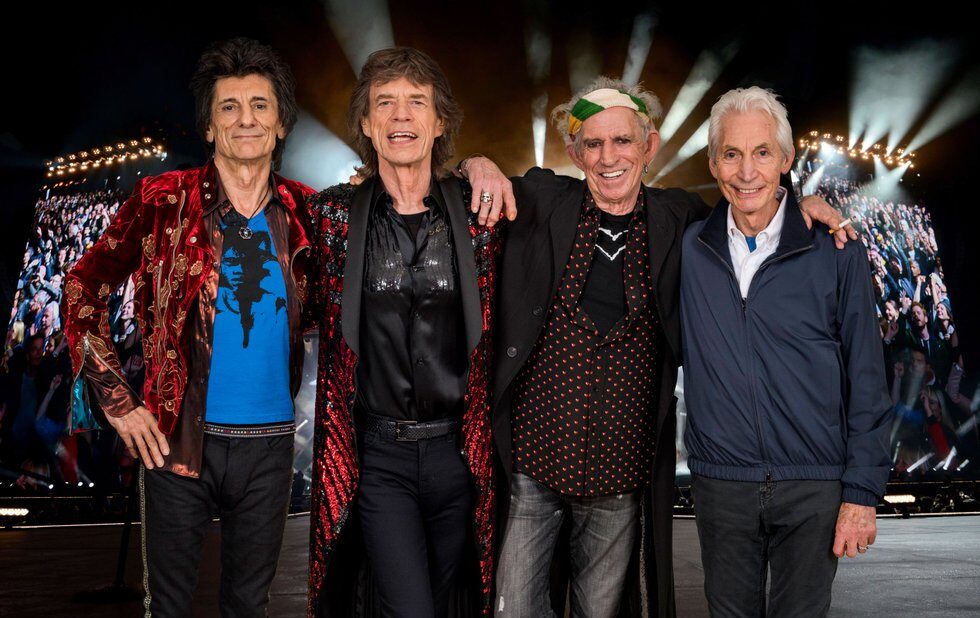 THE ROLLING STONES with SLOAN, THE BEACHES and THE GLORIOUS SONS at Burl’s Creek, Saturday, June 29. Rating: NNNN

This past March, the Rolling Stones announced they’d be postponing their North American No Filter tour due to Mick Jagger’s health issues, later revealing that the seemingly invincible 75-year-old singer had undergone heart surgery. Fans anxiously waited to find out the status of the British group’s sole Canadian date – and possibly last ever, as some rumours have suggested – at Burl’s Creek in Oro-Medonte. But he was given the doctors’ greenlight shortly after (he proved it with an Instagram video practicing some serpentine dance moves, in case there were any doubts about the emergency affecting his mobility). And so the “Canada Rocks” concert was back on as promised on Canada Day weekend at the former home of WayHome.

The crowd was estimated at 70,000 people. The multi-generational fans dealt with a number of logistical headaches to see the Stones’ two-hour, hits-packed set – the band’s first in Ontario since they played the former Air Canada Centre in 2013. There were a limited number of food trucks and outside water bottles were not allowed into the grounds, which meant long lineups. Even worse was the post-show traffic management, which left drivers stranded and frustrated for hours. While hardly Fyre Festival-levels of chaos, it was nonetheless disappointing to witness the staff’s unpreparedness, especially given the amount of lead-up time to the event and Ontario minister Lisa MacLeod’s onstage speech praising the province’s tourism industry.

Those who braved the early afternoon heat were treated to an economical, catalogue-spanning set by Canadian rock mainstays Sloan. Frontman Chris Murphy cracked jokes and enthusiastically encouraged audience participation, and by the time they ended with the 1-2-3 punch of The Other Man, The Good In Everyone and Underwhelmed, succeeded in getting many sunburnt bodies loosened and swaying. Over on the main stage, Toronto’s the Beaches and Kingston, Ontario’s the Glorious Sons gave the bill a shot of youthful energy. Their radio-friendly, retro-inspired rock songs were well-received, if a little on the safe side. Considering the nature of the holiday weekend, would it have hurt organizers to book a more adventurous or diverse undercard lineup? Tanya Tagaq? Fucked Up? U.S. Girls?

The Rolling Stones took the stage shortly after 9 pm in front of four monolithic video screen towers displaying their iconic tongue logo. Kicking off with Street Fighting Man and Let’s Spend the Night Together, the band received rapturous applause. Jagger showed no sign of bodily wear-and-tear as he preened and strutted like a rooster in a blue-sequinned jacket (the first of the evening’s many costume changes, which also included an Evel Knieval-esque jacket and an entire small European nation’s supply of silk shirts). Ever the consummate showman, he shouted out the Canadian trifecta of Bryan Adams, Joni Mitchell and Gordon Lightfoot and congratulated the Toronto Raptors on winning the NBA championship. He even deadpanned that “for the next 15 minutes it’s a buck a beer, courtesy of Doug Ford” to a decidedly mixed response.

Avoiding deep cuts, they stuck mostly to their biggest anthems, while still allowing each member their time in the spotlight. They shook off some early missed cues and got stronger as the night progressed, fleshing out their songs with help from several musicians including keyboardist Chuck Leavell, saxophonists Karl Denson and Tim Ries and backup singer Sasha Allen (whose duet performance on Gimme Shelter was a highlight). After an acoustic mini-set of Dead Flowers and Angie, Keith Richards took over lead vocals for Slipping Away and Before They Make Me Run, the latter of which is a response to his infamous 1977 arrest for heroin possession in Toronto. He also got one of the biggest laughs when he wished everybody a happy Canada Day, dryly remarking “I don’t know if we have an England Day.”

Besides the meat-and-potatoes classics, they tossed in a handful of surprises, including the fan-voted She’s A Rainbow, Steel Wheels track Sad Sad Sad and blues barnburner Midnight Rambler, which saw Jagger getting a harmonica solo and egging on Ronnie Woods and drummer Charlie Watts (the latter didn’t speak a word the entire time but remains the band’s quiet powerhouse). They saved their hugest sing-alongs for last. Start Me Up, Jumpin’ Jack Flash and Brown Sugar had the crowd climbing on each others’ shoulders and dancing from the pricey VIP bandstands to the back of the field. After a brief break, the band returned for an ecstatic encore of Gimme Shelter and (I Can’t Get No) Satisfaction with fireworks erupting around them. Then they took a well-earned bow.

While it’s hard to guess if they’ll ever return to Canada, unlike many of their contemporaries (looking directly your way Bob Dylan), they proved they’re still capable of delivering a performance worthy of steep ticket prices and extra travel efforts.