NOW MagazineMusicFaith/Void is closing in February

Faith/Void is closing in February 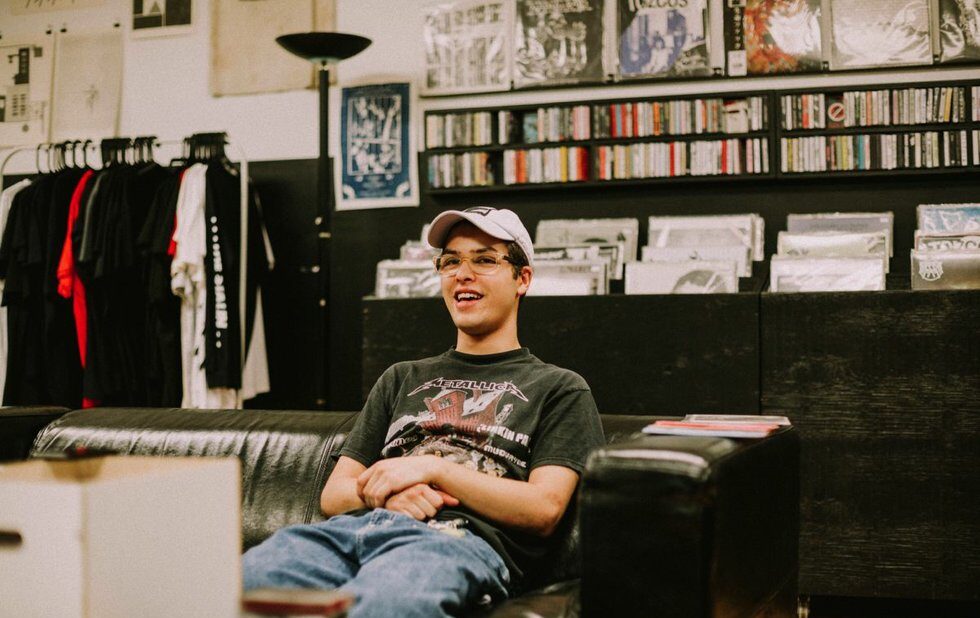 The closure was hinted at initially on the online flier for hardcore punk band S.H.I.T.’s sixth annual SHITmas holiday celebration, which took place at the College and Dovercourt space on December 30.

The rumours were confirmed by S.H.I.T.’s vocalist and Faith/Void owner/operator Ryan Tong himself during the band’s headlining set at the SHITmas event, which also featured hardcore punks Wasteland, coldwave duo Perfect Blue and death metallers Tomb Mold. It was the final performance at the space.

Tong explains over the phone that the closure was a difficult decision after a months-long ordeal following a noise bylaw violation.

He says the complaint came from tenants at the adjoining building. The owner had spent much of last year working on renovations, so the units remained empty. Tenants moved in during a quiet week in October, but then there were back-to-back nights of shows.

“The neighbours soon found out about my existence,” he says. “They complained to their landlord about the noise, and I met with her the following week.”

Then he was served with a bylaw infraction.

“The thing that I was most frustrated about was the fact that I had been operating and doing what I do for the past three years,” Tong admits. “I’ve been a part of this neighbourhood and been operating with little to no complaints from any of my neighbours or any of the other businesses, and have had no formal complaints at all.” He says any issues that have arisen have always been settled personally, and he was always eager to find solutions that worked for everyone.

With the noise bylaw infraction came city bylaw officers and the fire department, putting pressure on Tong’s landlord. “I was told that these tenants were allowed to make noise logs and submit it to the city and that these noise logs could be used as evidence to prosecute me, which also put a lot of pressure on me. I didn’t know what the fines would be like, when they would happen, if they would happen, if there was anyone at the city who could help me.”

Tong says he reached out to Toronto Music Sector development officer Mike Tanner on the issue. “He seemed very willing to help and very interested in what was going on, but I lost touch with him,” Tong explains. “He said he was trying to get in touch with the tenants to mediate a conversation with us but that hasn’t happened.”

One of Tanner’s associates followed up in late December, but by then it was too late. “I decided to protect myself and to get out of the lease,” Tong says.

Without the performance element of the space, Tong says Faith/Void wouldn’t be able to meet its financial or community commitments.

“My interest in using this space for what I’ve been using it for the past three years has been to facilitate for a community, and to create a space where things could happen for that community,” he explains. “The shop itself was just a way to financially sustain and support that space and without the ability to have these events and use it as a community space, to me it loses its purpose.”

“Shows are a way to get a lot of people into the space and exposed to the things that I carry and the music that is created out of this community internationally and locally. It creates a different kind of environment than a purely retail one. It would be an incredible strain on the operation to not be able to do those events anymore.”

Tong says he’s exploring the option of maintaining the distro side of the store online.

Though there won’t be any more shows, Faith/Void will remain open until the last week of February.

It’s a tough time for the music community. Nearby punk and metal bar Coalition (and fellow venue for Not Dead Yet festival) will also close its doors in April.

The general bylaw allows for amplified sound outside of the hours of 11 pm and 7 am, but also allows neighbours to call and complain about noise that disrupts their “quiet enjoyment of the city,” even if it’s happening during the accepted window of time.

Toronto’s noise bylaws have been under review for the past three years, and while change seems imminent, they have yet to be amended.