As we look ahead to the issues that will shape the music scene this year, the question of how the city will address the venue crisis has still gone unanswered. That’s concerning because we’re still losing small venues. Not even halfway through January, D-Beatstro has announced it’s shutting down, while Less Bar sits dormant while waiting for someone new to take over the business.

The Toronto Music Advisory Council spent 2017 discussing the issue. Members tabled a lot of ideas and even recommended some policies to city council. But progress has been slow. That’s been a focal point for critics of TMAC, and toward the end of 2017, it also appeared to be a point of contention within the organization itself. TMAC ultimately restructured into three working groups: one will address the venue issue head on, while the others will focus on community outreach and exploring opportunities for external partnerships.

At TMAC’s December 4th meeting, all three working groups presented their agreed-upon priorities and got an update from city staff regarding ongoing issues like the noise bylaw and the Agent Of Change principle. If the tangled web of policies, bylaws, committees and subcommittees sounds overly complicated, here’s an explainer on where the issue stands and where it might go this year.

Noise has always been a factor in venue survival. The noise bylaw has been under review by Municipal Licensing and Standards since March of 2015, and staff presented proposed changes to TMAC at the December 4 meeting. (The noise file was already an important part of TMAC’s 2016 music strategy.) The most substantive of those changes would see noise complaints to the city measured from the point of complaint rather than the source of the sound. Also proposed are clearly defined noise thresholds where previously there were none (thresholds for measured sound vary depending on the time of day), which take into account a neighbourhood’s “ambient sound.

We previously reported on TMAC’s endorsement of the Agent Of Change principle and how its adoption would be a huge step toward protecting live music venues. The city seems on board with this initiative and will present recommendations to city council in the summer. Essentially, whenever an application for a new development is received, the city planner will inform the developer of any venues within 120 metres of it. The city’s Music Office will then have an opportunity to comment on the application. The new noise bylaw recommendations will work in tandem with the Agent Of Change policy so that developers of new properties within that 120-metre radius will be responsible for incorporating noise attenuation measures into the final design. 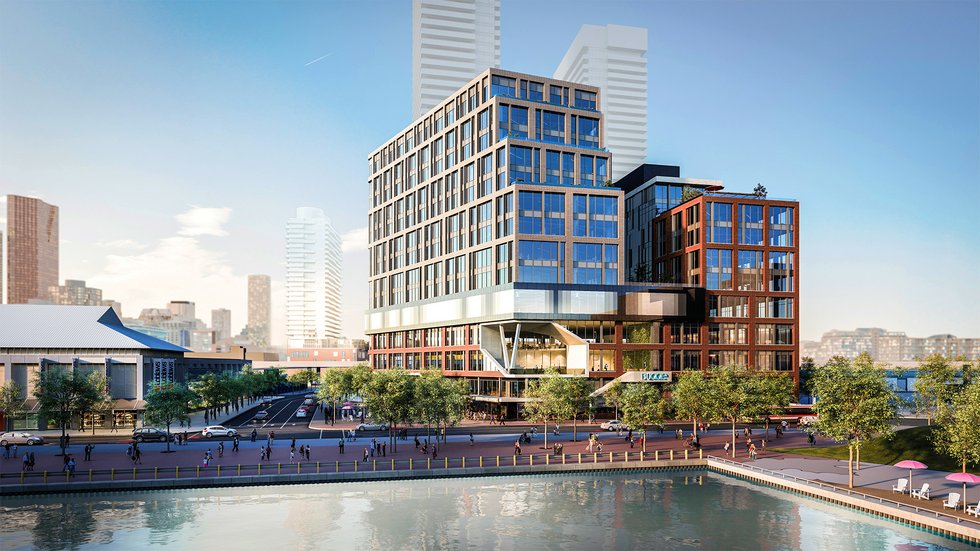 Back in November the city quietly announced its support of a new waterfront music hub via a $200,000 award to The Remix Project for its new location at the Daniels Waterfront City of the Arts development underway at 162 Queens Quay East. TMAC and Toronto in general have a long and storied history of trying to create a music hub, but thanks in part to Music Officer Mike Tanner’s leadership, the idea of investing in already existing music spaces and communities rather than building something new from scratch seems to be gaining ground. In 2018, expect to see the city investing in more hubs like the Remix Project.

IMPROVED COMMUNICATION BETWEEN TMAC AND THE MUSIC COMMUNITY

The Community Outreach working group’s main focus is taking over the social media accounts started by former TMAC co-chair Andreas Kalogiannides to communicate what’s going on at TMAC and what’s been accomplished thus far. Fostering better communication between TMAC, the city and the music community is the goal.

The City Partnership working group has outlined four outcomes for 2018: Create more opportunities for Toronto musicians outside the GTA, attract more people to Toronto for music, attract more people to create, and identify best practices from other cities. The latter means TMAC will be reviewing its partnership with Austin there’s still no concrete sense of what that partnership does or how it can help us. Non-profit org the Responsible Hospitality Institute has also invited Toronto to take part in an international study of nighttime economy management.

The action points apparently came out of consultations with the music industry and from a recent open industry forum held at Lula Lounge. That forum purposely excluded discussion of DIY venues, which organizers Cohen and Jesse Kumagai said are an issue unto themselves. Though the working group promised to hold a DIY-specific one, the fact that the group crafted its action points without consultation from that community seems to suggest that such concerns are a low priority in the year ahead.

One for optimism: the venue protection and sustainability working group is working closely with the city’s planning department and the TOCore project (currently working to ensure cultural spaces and music venues are recognized and considered in city planning). That hopefully means TMAC will be more involved in shaping policy. That’s necessary to speed things up and create concrete results.

As well, according to Councillor Michael Thompson, who was in attendance at the last budget, TMAC will hopefully have financial resources allocated to it in the next budget. And that means they’ll be able to put their money where their mouth is.