Deneita Evans and Yvette Angela's collective, whose new mentorship program culminates in a showcase at CMW, provides opportunities both onstage and behind the scenes 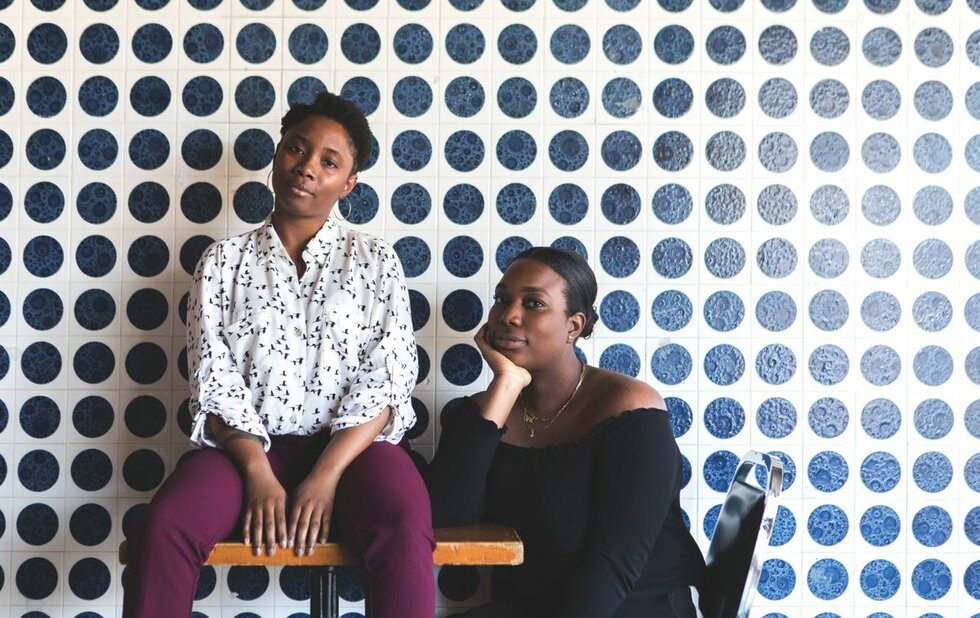 For years, Deneita Evans and Yvette Angela have been hustling in Toronto’s music industry – volunteering at music festivals, putting on shows and working in PR – but when they met in 2017 while volunteering for Manifesto, they realized they had the same goal. They both wanted to shine a light on rising hip-hop and R&B artists in Toronto while also providing opportunities for the people behind the scenes of music communities. “We hit it off immediately,” says Evans. “She was like my soul sister.”

Earlier this year, FACTOR and the publicity company Work Late approached Evans and Angela to collaborate on a new mentorship program for women of colour in the music industry. So they joined forces to form UNCDNTL Support, a collective that uplifts underrepresented musicians while also building a network for other women of colour.

For the inaugural program, which began in March, Evans and Angela along with six other women working in the industry connected with three mentors – Transmit Presents (which books the Garrison and the Baby G) booker/talent buyer Denholm Whale, Olivia Diamond of Universal Music Canada’s Shed Creative Agency and A.Side editor-in-chief Melissa Vincent – to gain experience in publicity, talent buying, A&R and event production by organizing a CMW showcase.

The mentees – YouTuber Cassandra Chambers, Hanan Dinong and Ruth Kayembe of Dream House Collective, content creator Selam Kashay, Vanessa Adora of Warner Music and journalist Ebyan Abdigir – each took on a different role in the planning process, like social media, artist relations and publicity. The mentorship program culminates next week with the concert at the Baby G featuring Ebhoni, Sydanie and Witch Prophet.

“It’s important to see yourself in a position you want to be in.”

Why did you want to start UNCDNTL Support?

Deneita Evans: From what I’ve seen working in the music industry, there’s not a lot of support for musicians starting out. And if there is, it’s often quite conditional. We want to be that unconditional support. You don’t have to have a million followers or know the most popular people in Toronto. You just have to be an artist that has talent and a story.

Why was it important for you to create a network for women of colour specifically?

Yvette Angela: It’s important to see yourself in a position you want to be in. It’s a huge community and a lot of times it’s easier to [relate] with people when you have that obvious connection. It’s about saying, “We got you, you can do this. It’s okay to step out of the expectations placed on you by your family or society.”

How did you choose the artists for the CMW show?

Evans: It was a collective decision amongst the group. I like that all three ladies are different. You don’t want too much of the same genre. Sydanie raps, Witch Prophet is more soul and Ebhoni is…

Angela: She’s a firecracker. Witch Prophet reminds me of a young Erykah Badu and Sydanie is a local super hero. Her presence in the community is amazing. She’s a young mom and she’s killing the game.

What are the challenges of being a WOC in Toronto’s music scene?

Angela: Speaking up and speaking out. A lot of women don’t want to be looked at, for lack of a better word, as being too bitchy. Or too brash, or too harsh. But it’s okay if you’re being a little bitchy. You’re being assertive. It’s a challenge to be taken seriously and also finding spaces. For our first show [at Manifesto in 2018], we reached out to a venue who said “we don’t do hip-hop shows.” It’s things like that, getting doors closed in your face.

Evans: I don’t want to be known as one of those collectives that pop up and then disappear. We want to continuously pump out stuff out and show how we really care about this community we’re in.

After CMW and the mentorship program, what’s next?

Evans: Our first show was called Sunshine. It was essentially about bringing light to artists [that are underrepresented.] We want to do another one of those. Yvette and I just came back from New York City. Manifesto has been doing a music program there with a juvenile detention centre. We got to speak with the kids, tell them our story and where we’ve come from. They’re learning how to write music and perform. They’re cool kids. Obviously they may have made some bad decisions that got them there, but being able to sit there and connect with them was really cool. We’d like to bring that here.

Angela: We also want to do more mentorship programs. There are so many positions in the music industry. You don’t have to be a singer or a rapper. I can’t sing. You can still be a manager, or work in A&R or publicity.

Evans: I hope anyone who is trying to get into the entertainment industry doesn’t let fear prevent them. If someone is trying to do what we do, I want them to know they absolutely can do it. Start from ground zero and work your way up.