Riding the wave of his debut project Take No L'z, the Toronto artist talks about the strength of his neighbourhood's hip-hop scene, giving back to his community and the late Smoke Dawg 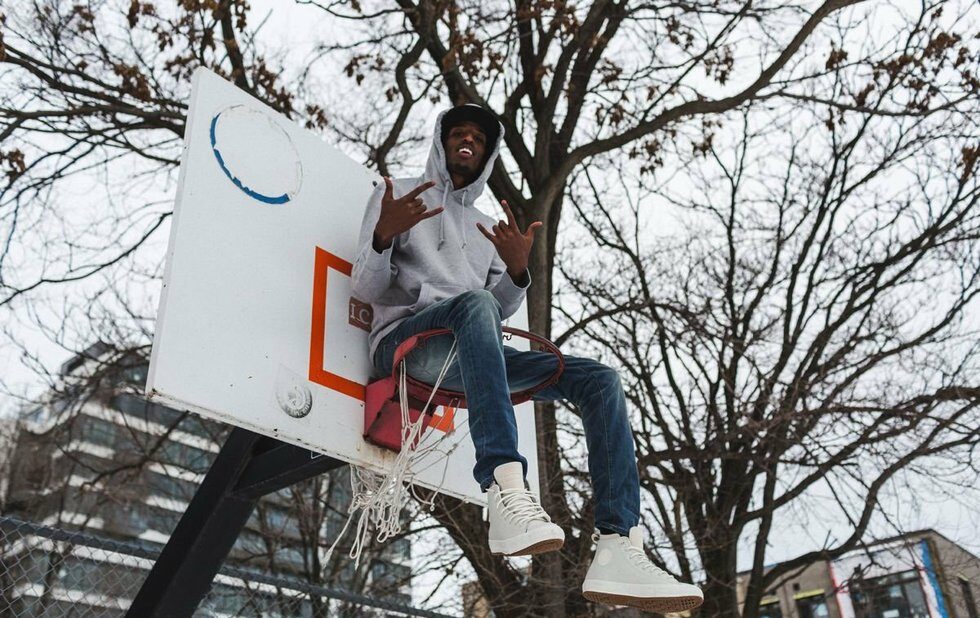 UPDATE: the Puffy L’z show at the Mod Club on Tuesday, July 30 has been cancelled. Refunds available at point-of-purchase.

Puffy L’z knows his mission is bigger than hip-hop.

“Music is how you let people know where you came from,” explains the rapper over the phone from his home in Toronto. “I feel like I have a responsibility to represent Regent Park as a person – the way I move, the way I carry myself, the way I act. But my goals in life are way bigger than music.”

That’s not to say music isn’t his main focus. When he takes my call at 2:30 in the afternoon on a Monday, his week is just getting started. It’s just a few days before his debut mixtape, Take No L’z, drops on streaming services (out now via Empire). But instead of celebrating or staying focused on the rollout, he’s already spent the last night back in the studio with fellow Regent Park rappers SAFE and Lil Berete. “We were going till eight in the morning.”

As a member of the music collective Halal Gang with SAFE, Mustafa the Poet and the late Smoke Dawg, Puffy L’z is proud of where he comes from. But touring with Drake on his Boy Meets World tour in 2017 expanded his perspective.

“That whole tour opened up my eyes to the world being bigger than the neighbourhood,” he explains. “When you’re in the hood people say, ‘There’s a bigger world out there.’ But you don’t see the bigger world because you’re not going to these places, you know? Now we finally got to see it.”

His goals might be bigger than music, but he’s getting there through the songs. When I ask him what those goals are, he takes a long pause.

“I look up to what Meek [Mill] is doing with [criminal justice reform organization] REFORM, what Nipsey [Hussle] was doing with gang violence, health and business ownership,” he says. “There’s a lot of problems within the inner city. I’m in a position where I get a lot of respect from the neighbourhood. So I feel like I can shed light on it and really help.”

That mission is evident throughout Take No L’z, which finds him speaking directly to his experience growing up in Canada’s first public housing project: “I had to skip breakfast just to get to dinner,” he raps on Hard Times.

“Coming from Regent Park, I can touch on subjects that other artists can’t really touch on,” he explains of his writing process. “So I try to speak on those topics without losing my authenticity.”

Puffy’s become an advocate against gang violence in Toronto, featured in Mustafa the Poet’s short film about gun violence in the city, Remember Me, Toronto, alongside Baka Not Nice, Pressa and Drake.

Puffy’s collaborator and friend Smoke Dawg was fatally shot on Queen Street on Canada Day in 2018, and his presence is all over the mixtape.  Smoke Dawg’s signature “Awhoolay” birdcall on nine of the tape’s 13 tracks.

But while these moments help shape the project, there’s also a current of positivity that the 23-year-old rapper brings to his work. His flow is effortless against hard-hitting trap and dancehall-inspired beats from producers BricksDaMane and Fort Erie’s own Murda Beatz. And he takes time to represent his roots as a first generation Somali-Canadian on Letter To My Akhs – a track that does double duty as a gripping tribute to his fallen brother Ano who was killed in 2014.

The project’s title track is an ode to turning your losses into lessons, while Regent State Of Mind packs inspiring references to Meek and Nipsey (as well as Jay-Z) while providing an uplifting moment for the future of hip-hop in Toronto.

“They thought the wave was done but it just begun, in my city this shit must be spun. I lost bros to that gun, you know Puff is the one,” he spits on the final verse.

It’s a moment of perseverance that represents many of the city’s best qualities, just like Puffy L’z.

“You can make music and become a superstar, but what are you gonna do?” he asks. “Just party all day? I feel you should always give back. Help somebody, you know?”