The best Toronto songs of 2017 so far

Our picks for most notable local singles and deep cuts 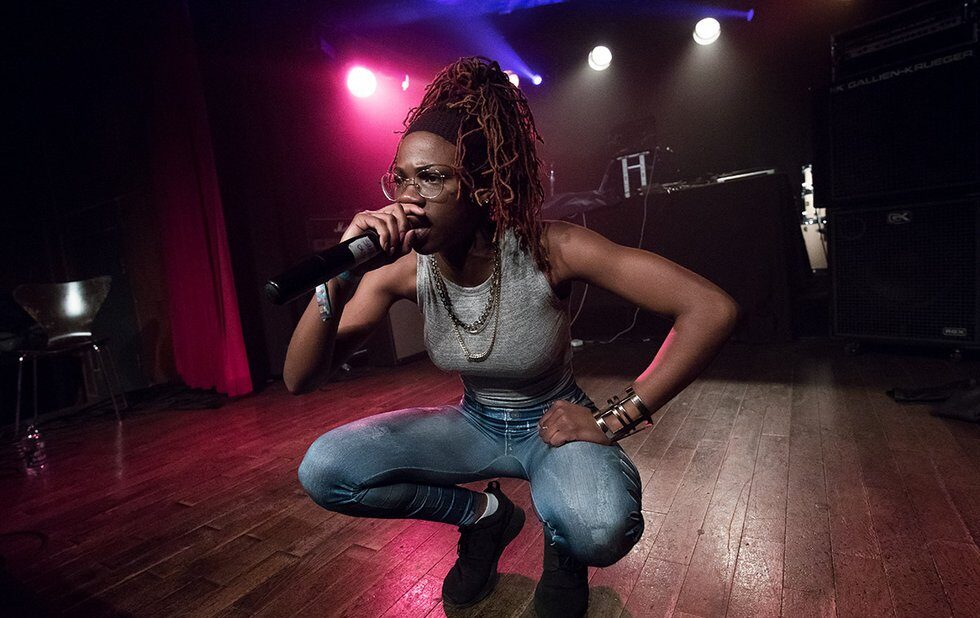 Given that we’re just halfway through the year and have already gotten so many great songs by Toronto musicians, we thought it’d be a good time to take stock of which have stuck with us so far – and which are likely to stick with us for months and years to come.

While More Life cuts Passionfruit and Fake Love were obvious singles – the former for its soulful melody, the latter for its classic glimpse into Drake’s inner monologue – it’s Blem that’s destined to blare from car stereos all summer long. The song’s intoxicated step bass line inspires hips to move and even tip-of-the-tongue honesty from Drizzy himself. At this rate, summer 18, 19 and 20 will all belong to Drake, too.

2. Bernice, Talking About Her

Talking About Her has stood out this year because it, like Bernice, sounds like nothing else. Robin Dann’s voice dances around its wild rhythm, and the band comes to life beneath her during the wordless chorus, filling the space between the vocals and a shuffling, sneaky beat. The effect is powerful in a song about gossip and loving the sound of one’s own voice.

It was a pleasant surprise to hear Field Trip attendees singing along to Any Party at Fort York in June. The song’s melody had already been committed to memory, even though the Pleasure album had only come out a month earlier. Co-written with Leslie Feist’s long-time songwriting partner Mocky, Any Party has that timeless, warm simplicity that’s imbued her songwriting since the start and has made her such a rewarding artist to follow.

The final track on her Flower City EP, Pull Up gives Haviah Mighty the last word, making it both a boast and a challenge to other rappers. The lean song wastes no time by leading with the chorus, and Haviah’s repetition of “pull up” evokes a workout while doubling as a challenge to others to work nearly as hard as she does.

Queer Songbook Orchestra perform songs by queer musicians in an orchestral style often reserved for more siloed, classical genres. In doing so they’re building an exclusively queer canon while treating those songs with the kind of reverence they deserve. Stepping outside the realm of covers to work with Vivek Shraya, their presence on their collaborative EP (particularly on title track Part-Time Woman) embellishes her already gorgeous melody in deeply affecting ways.

When speaking out about sexual harassment in the music industry is more of a career risk than perpetrating it, you know there’s a problem. It’s that context that makes Jessie Reyez’s Gatekeeper such a bold and important statement (and it’s on her first EP, to boot). Her strong vocals ring out alongside sustained electric guitar, allowing her words to hang in the air and resonate. During the verses, she gives her rawest performance on the EP, cutting the sweetness of her voice with pain and anger while the beat gets more and more intense and elaborate.

This excellent cut from Korean-Canadian producer Joel Eel’s debut, Very Good Person, is a buzzing, hypnotic study in building tension. The hooky rhyme that Eel repeats suggests rigidity, while the dizzying beat wants nothing more than to get away at light speed.

With each record, Teenanger’s bassist Melissa Ball gets in on a little more of the fun. Here, her voice and bass line take the lead on the most immediate and catchy song from the band’s latest, the nearly self-titled Teenager. Rock Lobster-esque whoops, barks and calls fill the final minute of Just Drop It, suggesting that whatever it is you end up dropping, it shouldn’t be your sense of humour.

One of the sparest tracks on Fiver’s Audible Songs From Rockwood – Simone Schmidt’s collection of songs based on the archives of the Rockwood Asylum for the Criminally Insane – is also one of the most potent. Pile Your Silver focuses on a woman committed for driving people off her father’s plot of land as she’d wanted to own it for herself. We get just Schmidt’s voice and a guitar, a fitting tribute to a woman whose desire for her own agency and independence is enough to have her put away.