How women musicians use persona to subvert gendered expectations 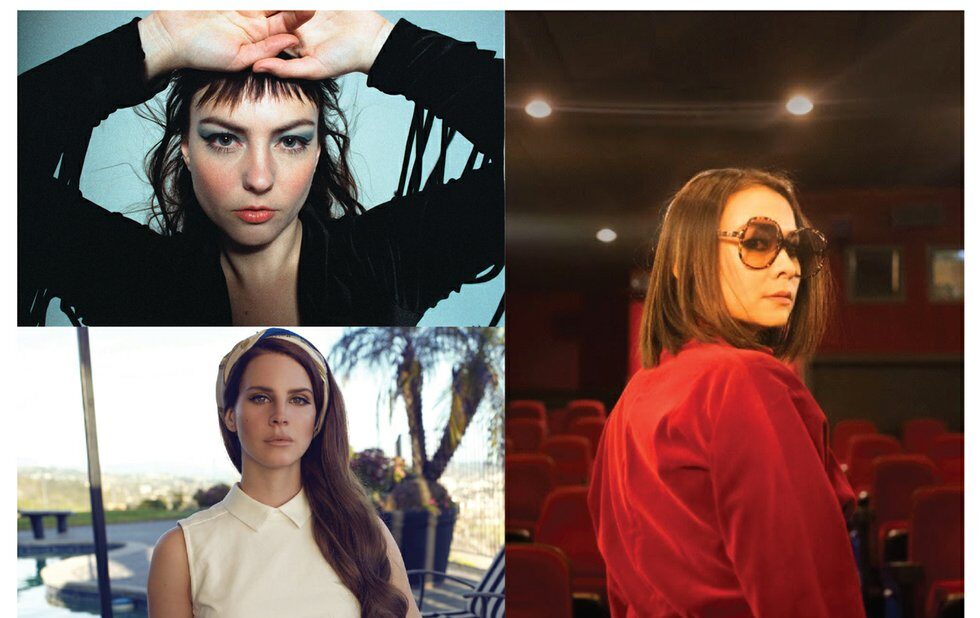 Lana Del Rey doesn’t believe she has a persona.

The gloomy Southern California singer’s music and image are bound to the mythologies of old Hollywood, destructive love, doom and pop culture. Ever since she debuted at the beginning of the decade she’s had her identity and worth repeatedly debated. To some, her work is artifice to others, a sharp, honest reflection of modern life with authentically felt emotions.

In her review of Del Rey’s latest album, Norman Fucking Rockwell, veteran music journalist Ann Powers deconstructs her presentation as the bad girl with bad circumstances. On its own, she says, Del Rey’s persona is derivative, but she’s compelling in how she re-enacts it.

By calling Del Rey a persona – lest we forget her birth name is Elizabeth Grant – Powers seemingly calls Del Rey’s songwriting authenticity into question. At least, that’s how Del Rey felt, taking very public issue with Powers on Twitter. “There’s nothing uncooked about me,” she wrote. “To write about me is nothing like it is to be with me. Never had a persona. Never needed one. Never will.”

Critical response demarcating real versus not has defined women’s work from the beginning, persisting still as both a compliment and a limitation. Writing and performing songs about lived experience is important and worthy. But conceptions of “confessional” and “authentic” songwriting have always had a gendered bias. Authenticity is mistaken as a synonym for autobiographical, and women have been told by critics, fans and their male colleagues they can only make autobiographical art.

Today’s generation of women singer/songwriters have grown up with that history and are blending fact and fiction in new and interesting ways. You see it in identity-obscuring artists like H.E.R. and Leikeli47, but you don’t need sunglasses or a mask to play with persona. Many songwriters like Laura Marling, Stella Donnelly, Lucy Dacus and Mitski do it using their own names and drawing from their own lived experiences.

On Angel Olsen’s new album, All Mirrors, she takes her sparse recordings and makes them sound huge, with synthesizers and strings elevating the drama of her lyrics. In a New York Times Magazine interview, Olsen joked that the press cycle for the album would have her answering questions about character because of how different the tone and visuals of this record are. But the album stays true to her prior work, evoking jaded, tender and wry lyrics with immediate intimacy.

All Mirrors is very interior, exploring raw realities of loss, discovery of self and moving forward. But Olsen is singing these songs almost up above, hovering over a version of herself that once existed but doesn’t presently. Olsen’s lyrics sound like conversations she’s had with herself, like on Tonight, the album’s sparest, most interior track. “Like that it’s all coming clear / All the words that I hear,” she sings. It’s a controlled evocation of what she felt when those feelings arose spontaneously. If we’re accessing Olsen’s “realness,” it’s only insofar as what she has allowed.

It’s an enormous ask of women musicians to be themselves all the time. “Confessional” music becomes an entry point for projection, which can be a dangerous burden. “It’s intense to do that every night,” Olsen said in the same interview. “I don’t walk around my town thinking, I’m Angel Olsen, and I make people cry, you know?”

Even “real” women in music are still performing a persona. For artists like Olsen, they can use it as a means of protecting themselves while still writing about themselves. British nu-folk troubadour Laura Marling writes eviscerating tales of love and loss while playing with the identity of the songs’ subjects. And on the breakup track Allergies, you can literally hear Australian singer Stella Donnelly sniffling from crying. It’s a haunting but deliberate choice, defining the contours of what she actually felt in that moment. It’s not the moment itself.

On 2018’s Be The Cowboy, Mitski swerves into fiction as a means of subverting expectations. Though often raw, the album uses a character to access authentically actualized emotions. That doesn’t diminish the impact of an opening like “My god, I’m so lonely” on Nobody – it’s a direct, visceral hit to the gut.

In an essay in the New Yorker titled The Misreading Of Mitski, Jia Tolentino calls the artist “the careful architect of the music her fans fall in love with once they’re in love with it, they sometimes seem to view the music as a delivery mechanism for her.”

A singer does not need an acoustic guitar and sadness to be confessional, or a diarist, a chronicler of emotions. After years of record label signings and PR-driven narratives, authenticity is often presented as women’s pathway to acceptance, to be taken seriously in the medium. Music history is full of songwriters pushed into that trope who have crafted beautiful, compelling songs about and through real lived experiences and emotions without revealing themselves in totality.

Joni Mitchell might be the godmother of this style, though Fleetwood Mac’s Stevie Nicks is more readily observed as the confessional music saint. That happens when your band’s most famous record is based entirely on the dissolution of personal relationships of everyone involved. But we still don’t “know” Joan or Stevie entirely.

Persona blurs fact and fiction, pushing away what is real and amplifying what is not. David Bowie is an obvious example of multiple personas contained within a single performer. Or Lady Gaga, with her many different incarnations. Madonna as everything Madonna ever was. But Del Rey, according to Del Rey, is absolutely real.

“Real” is a persona, as much as she would balk at this conclusion. Performing realism is still performance. It doesn’t need to be David Bowie giving funerals to his lavish characters. It’s everywhere in our digital spaces. Think of long-form Instagram captions as a replacement of the personal essay. How “real” you are equals how important you become, or rather, what your engagement rate is.

Existing in 2019 means combatting a constant onslaught of visual and narrative performances everywhere you look. There’s no choice but to participate.

That balance of performative realness is something our performers, particularly women, understand better than anyone.