It'll be a long while before we get any large-scale concerts, but July Talk will play this August and you can enjoy it from the safety of your car 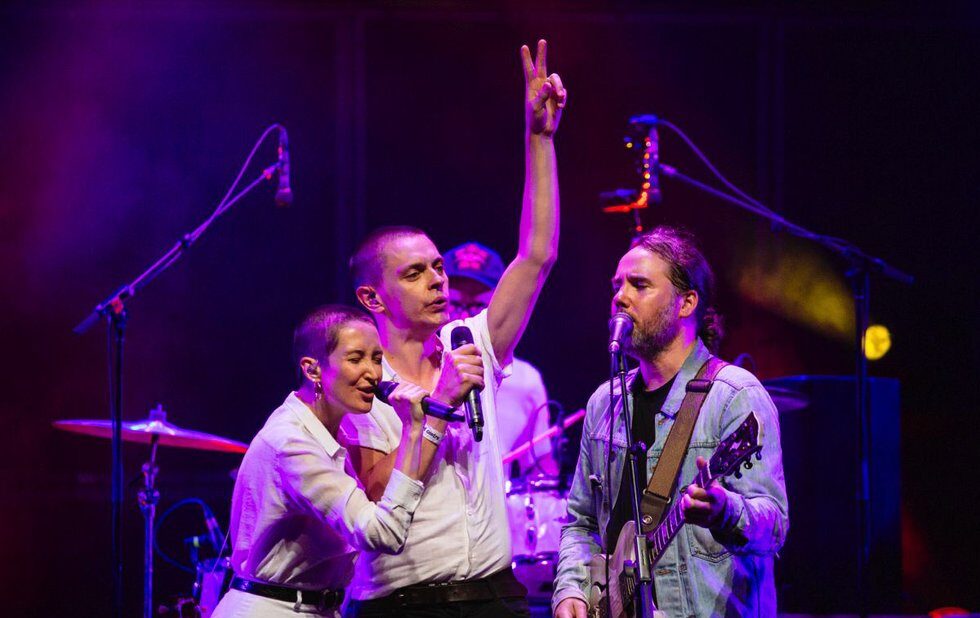 Here’s something we haven’t been able to say in awhile: a band just announced a concert in Toronto this summer. It’s not a livestream or even a video game music festival, but a drive-in concert.

Toronto band July Talk will play a pair of concerts on August 12 and 13 dubbed Live At A Drive-In. They’ll take place at a yet-to-be-announced drive-in theatre location. The live mix will be broadcast via your car radio, just like a drive-in movie.

It follows the announcement that an immersive drive-thru Van Gogh art exhibition is taking place this June. The future is the past.

“We’ve been working on this idea for some time now and it feels like it’s going to be a pretty special event,” the band said in a statement. “The thought that we will be able to perform and feel the audience’s company again is just too much, we can’t contain our excitement. We’re going to premiere some unreleased music videos and play a full scale 90-minute live set where the audio is broadcast onto your car radio and the drive-in screens play a live multi-camera feed as well! Car horn applause anyone?!”

Large-scale concerts will be last to return in Ontario’s reopening plan, but that doesn’t mean people can’t get creative with physically distanced workarounds. It’s part of a new normal in the COVID-19 age that could eventually include fan pods, masks, temperature screenings and definitely no moshing.

July Talk hasn’t released any ticket information yet, but there’s a save the date website where you can sign up for news.