9 things we love about Jane-Finch 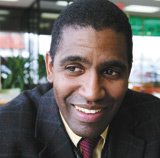 On the freshly painted benches outside the Dragon Wok, neatly attired Italian men, the ’hood’s oldest immigrants, mix easily with young blacks, the new order, keen on a little Chinese fast-food for lunch. At Jane Finch Mall there is no cultural divide like the clear line between the haves living in ranch bungalows and the have-nots in circa-70s apartment towers on nearby San Romanoway. A store offering African art mixes easily with roti shops and a Sikh-owned operation selling perfume. At the West Indian grocery, the aroma of root veggies hangs heavy in the air as a shopper complains about the overripe bananas. The flea market every Sunday is a must-see. Sniff at the kitsch if you must, but Jane Finch Mall has bucked the big-box bully. It’s a beautiful thing.

Roger Rowe knows what it’s like being an outsider trying to find a way in. He grew up young and black in Jane-Finch. Most dream about getting out, but Rowe stayed to fight for the marginalized, earning sociology and law degrees from York University – where he tutored at-risk kids – before opening a law practice in the area. His list of accomplishments is a long one: Pro Bono Law Ontario Award in 2003, honorary chair of PEACH (Promoting Economic Action and Community Health), a local agency helping high school dropouts. Rowe’s won two precedent-setting immigration cases on behalf of residents at the Supreme Court of Canada and has recently been nominated for a Harry Jerome Award. But don’t bother trying to give this son of a retired air force officer any credit. In Rowe’s mind, giving back is the least he can do. “Our community often gets a bad rap, much of that undeserved. As a partial antidote, wherever I go, I tell people that I am from Jane and Finch and I am proud of my community.” See what we mean? 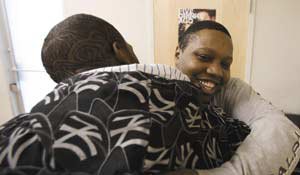 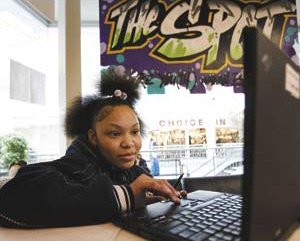 In Jane-Finch, young people are scared away from community centres by ubiquitous “No loitering” signs. If you’re not playin’ ball, you must be up to no good, right? Welcome to the Spot. Hard to imagine that before it came along in 2005, there was no drop-in centre in the entire Jane-Finch area where young people could just chill. A satellite of Jane/Finch Community and Family Centre, the Spot sprang from a landmark report commissioned by the city in 2004 and conducted of youth by youth in the area. For the first time the hardened and hard to reach were given a say in what was needed in the community. They identified jobs, sex education and health and a place to hang as priorities. What a novel idea. Says general manager Byron Gray, “Here kids can come and feel safe.” 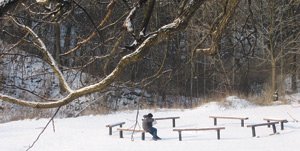 Follow the treed path leading to the firepit behind Yorkwoods Library and you feel like you’re descending into another world. Here, the cacophony of traffic and visual distractions at Jane and Finch seems far away. A jogger. A middle-aged man on cross-country skis. A hawk – or is it a falcon? – soars high in the sky. Further down the valley, the cackle of kids playing at nearby Topcliff Public School wafts over the treetops – the most daring among them laughing hysterically over yet another spill on the toboggan run that dips behind the schoolyard. This wondrous winterlude isn’t the half of it. On any given summer evening, the young and not-so-young who’ve brought their fend-for-yourself spirit from back home, lower their fishing lines into nearby creek to catch crayfish for dinner. Delectable. 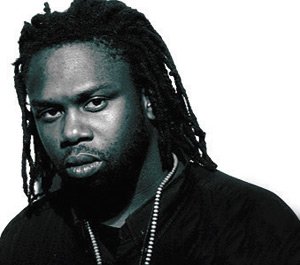 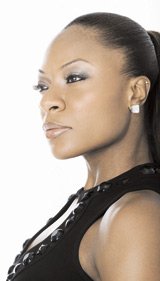 How She Move, the Canadian urban dance drama set in Jane-Finch, may be wowing Sundance Film Festival audiences in Park City as we speak, but the music has always been bitchin’ in Jane and Finch. It’s in the gait of the young bloods in hoodies, the tunes blastin’ from house stereos. Is there any more musically creative ’hood than Tha Deuce? Malvern, you listenin’? Local lights Dream Warriors started it when we were all wearing the red and black lumberjack jacket. There’s Jully Black. They’ve hit the mainstream. But the Jane-Finch meat grinder keeps churning out tantalizing talent: Blacus Ninjah, Tha Smugglaz, Young Deuce and Nem-S-Iss. Sick of commercial hiphop? They keep telling it like it is. People, listen up! 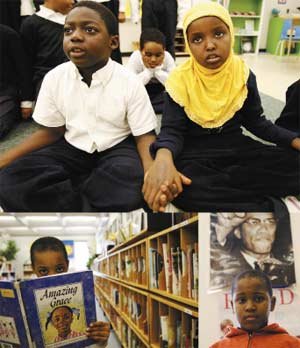 Firgrove is more than just a school. It’s a whole new way of thinking about schools as community hubs. At Firgrove, one of three original “Lighthouses of Learning” set up under the Toronto District School Board’s Model Schools for Inner Cities program in 2006, the emphasis is on making the school a focus of neighbourhood activity – and levelling the learning field for the neediest children. “All the community has a voice at Firgrove,” says principal Vicky Branco. Evening cooking and nutrition classes, social clubs, job-search counselling, basketball and soccer leagues for the kids – it’s all happening after hours here. Teachers here go out and learn about the community whose kids they teach. Schools alone can’t help eradicate the effects of poverty? Tell it to Firgrove.

The public art… and architecture

Jane and Finch may not be the best-planned community. Blame the ’crats who put pen to paper back in the 60s. But it’s not all grey wide-open spaces, gangs and graffiti. Some much-needed colour has been added to the area thanks to the Downsview Park Arts Alliance, a coalition of nine arts orgs giving young local artists an outlet. The city also joined forces with Ma Bell and Style in Progress to commission the painting of 20 Bell boxes in the neighbourhood.

Newer additions to the skyline like the funky, steel-clad Oakdale Community Centre are taking some of the drab out of the local architecture. The Elia Episcopal Church at 1130 Finch West stands as a reminder that the area has farming roots that go back to the 19th century.

It started wierdly enough for Paul Nyugen, typing “janefinch.com” into the search engine only to have a real estate agent named Jane Finch come up! He bought Jane-Finch.com (with a hyphen), and what started as a personal project to share neighbourhood info has grown into a one-stop site for everything Jane-and-Finch-related. Says Nguyen. “I made short movies on a Sony handycam on the rooftops of public townhomes as a kid and filmed just about everywhere in the ’hood.” Then came the music videos that Ngu-yen says “had a viral effect” on the site. “These were the days before YouTube.” Today the site boasts 10,000 hits a day. And all of it is self-financed. Now if he could only get a little funding. 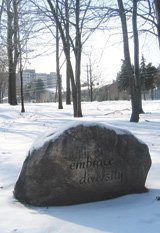 Lost in the Jane-Finch community’s hardscrabble rep is that, for all its problems, it stands alone when it comes to embracing diversity. Jane and Finch is in fact the most ethnically diverse of all Toronto’s communities, home to more than 120 nationalities and more than 100 languages. It has one of the largest proportions of youth, sole-support families, refugees and immigrants, low-income earners and public housing tenants of any neighbourhood in Toronto. Embracing diversity is not a meaningless slogan it’s a way of life etched in stone.