I’ve had HIV for quite a long time now, almost 20 years. At this point I’ve had HIV longer than I haven’t had it. I first tested positive when I was a teenager. My doctor told me I wouldn’t live to be 30.

It was right after the main advances in protease inhibitors. There was a big change in antiretroviral treatment that meant people could live their entire lives. But because it was pretty new, they hadn’t tested the long-term effects and assumed people would only live a certain length of time. Now we know that if you suppress the virus in your immune system long enough, you can live the full, natural course of your life.

Even though it doesn’t have to now, being diagnosed confronted me with my own mortality at a really young age. It gave me drive. It also gave me a sense of how your HIV status can be used to justify incarceration. In Canada, you have people who are arrested and incarcerated because they have a medically controllable, chronic illness – and they’re treated like violent predators.

I rely on pills every day, but it is a manageable condition. The things that are life-threatening now have nothing to do with HIV and everything to do with people’s misperceptions.

Some AIDS organizations and public health institutions are terrified of the idea that it’s okay for someone with HIV to have unprotected sex if their disease is undetectable. It’s sad, because you realize these organizations are the ones driving the stigma. The consequences of what people thought about HIV/AIDS are still impacting people’s lives.

I don’t have a lot of time for people’s ignorance. I don’t put up with the idea that people are intentionally trying to infect others. People want to take care of their own health, and taking care of your own health when you have HIV means taking medication. I’ve actively made myself un-infectious.

Recently some friends approached me about being a sperm donor. I guess growing up I never thought that was an option because people think when you have HIV you can’t have kids, which is totally untrue. It’s pretty exciting. My parents are now going to have a kid in their lives who’s connected to me. 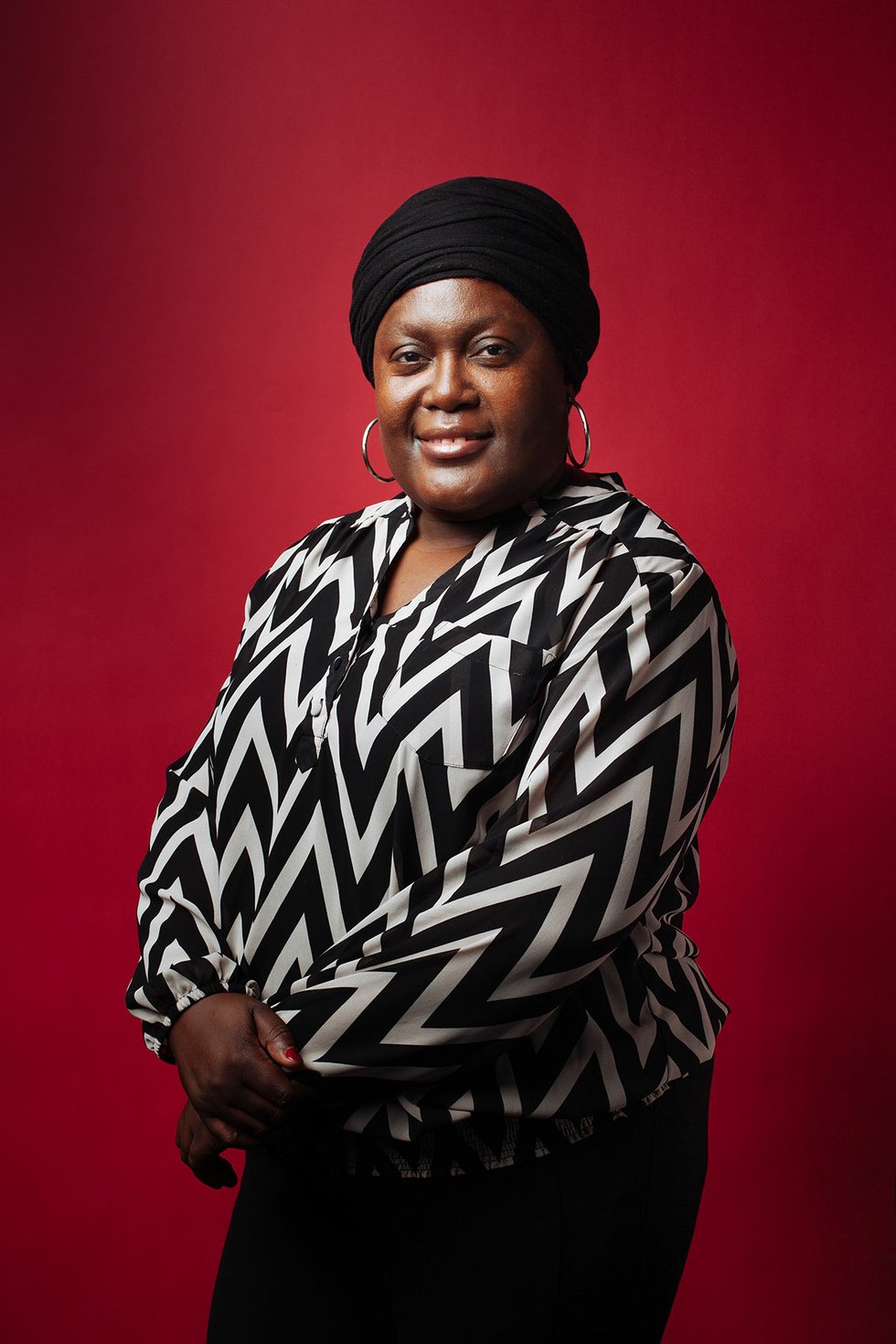 Before I immigrated to Canada in 2006, I was an accountant, the national finance secretary for an organization called Zimbabwe National Network of People Living with HIV. Canada [gave me] an opportunity to build my career and go back to school.

I’ve always been a resilient person. My mom had mental health issues – she was diagnosed with schizophrenia and bipolar disorder later in life – and I had to look after her when I was still in secondary school.

So when HIV came along in 1995, it was not my priority. I had other issues to deal with. When I think about it, I never got depressed. I developed this personality where I choose what I want to concentrate on.

Of course, it was a way of coping. I didn’t want to dwell on it. My friends and other members of the community around that time were dying. At first I just thought, “I’m going to die, I’m going to die,” but as each year passed I realized, “You know what? HIV does not define me.” I can still be like anyone else. When I started treatment, my health also improved.

I marked my 10th year in Canada in August, but it’s been challenging.

I thought it was just going to be smooth sailing. I was expecting Canada to be far ahead in terms of discrimination and access to treatment, but it’s not like that. Actually, I’ve seen people who I came with in 2006 completely shut down. They were activists back home but are not any more due to the stigma and discrimination associated with HIV.

Living in a small immigrant community when you are HIV-positive, it’s almost like you are embarrassing the whole community. HIV ceases to be about you it becomes a community problem. When you go to churches or where we live, people don’t want to talk about HIV. You are seen as a sinner. People look at you differently.

I’ve seen discrimination in the health care system, too. You hear comments like “What are you doing in this country? You’re the ones who bring HIV.” I’ve heard it from hospitals, from nurses. Awareness is lacking.

When you have that blanket of self-stigma, you don’t see anything positive – even when people mean well. There are times when you walk around thinking that everyone who sees you knows you’re HIV-positive.

I’m an activist and an advocate I’m a woman living with HIV I’m a wife I’m a student I’m a service provider I’m also a voice of the voiceless I’m an immigrant. I wear different hats at different times, depending on what I’m doing. But I’m also Marvelous – I’m just me. 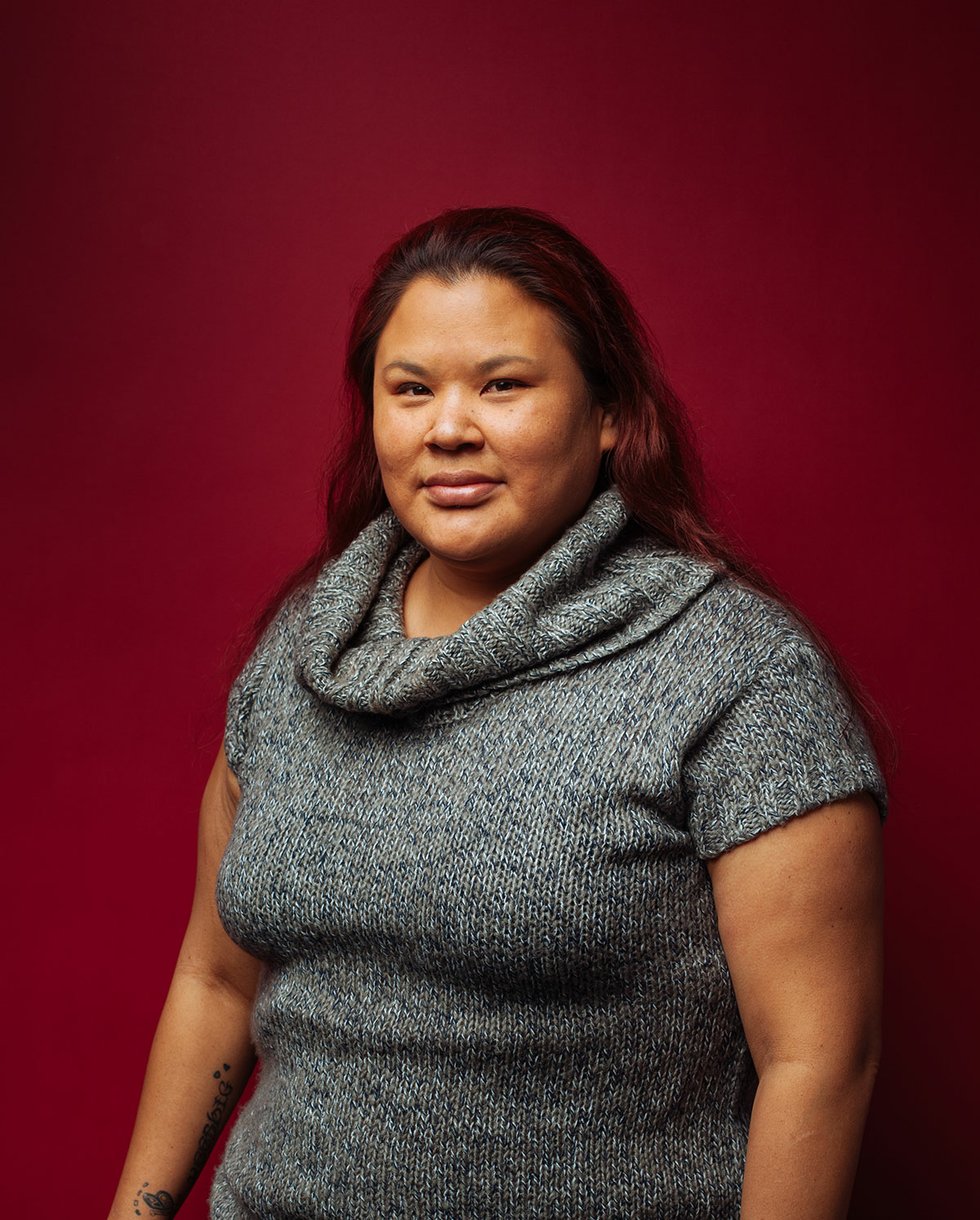 I came to Toronto when I was 16 and lived on the streets off and on. I started using hardcore drugs after I lost my girls to Children’s Aid in 2003. I gave one up for adoption and the other one to my mom.

I contracted HIV through injection drug use. I was diagnosed in 2005, along with hep C. I had my first HIV-positive pregnancy in 2007 that’s when I started medication. She came out negative and lives with her grandparents down South. After that I just went back to using and prostitution, because I really didn’t care about my health or anything that was going on.

In 2009 I got really ill. I was in the hospital for three and a half months. All my organs were shutting down. It’s scary when I think about it. People were preparing for my funeral.

The doctors thought I was on opiates and heroin, but I was actually clean off heroin for almost a year. I didn’t want anything for pain management, but they were giving me Dilaudid intravenously.

I didn’t want to go back to my lifestyle. I was tired. I was like, “I just want to do something better for myself.”

But I didn’t have any kind of motivation, so I slowly went back to using. It was tiring just to survive. It’s like drinking all day, prostituting at night and doing drugs just to stay awake to do it all over again.

And then I got pregnant with my son and I quit cold turkey.

People would ask, “How could you do that to a child?” Or “Is the baby going to have HIV?” It just shows you how much people aren’t educated these days. I went back to hiding my status because I just didn’t want to deal with the stigma.

Before, I was doing all these poster campaigns, so people would recognize me. That was kind of hard. Ever since, I’ve always been wary of what I do publicly, because of my son. I’ve often wondered, if things got out, how [my son] would deal with it.

But in the last year I’ve come to think, “You know what? Fuck it.” He likes the Red Ribbon, so if we’re walking around in the village he’ll be like, “Look, Mommy, it’s the Red Ribbon!” But he doesn’t really know what it is yet. He’s been surrounded by the HIV community. I’m trying to raise him to hopefully be a good advocate.

I started out in 2005 as a peer, going to people and telling my story. That really helped me heal. Of course, I’d go and get high right after because it brought up a whole lot of shit. But I eventually got stronger.

I want to break the cycle for my son. But it’s kind of hard, because we’ve isolated ourselves a lot. I just don’t want to deal with people’s thoughts or opinions about how I do things or why I’ve done things or because I’m HIV-positive and parenting. I just don’t want to hear it any more. Which is sad for [my son], because we don’t go to community events and stuff like that. We don’t get the cultural teachings or [First Nations] ceremonies.

I just kind of block it out now. It’s their issue, not mine. At the end of the day, HIV is only part of me it doesn’t define who I am.

5 key findings from the latest studies on HIV

– Antiretroviral therapy (ART) can reduce the viral load in the blood and other bodily fluids of people with HIV to undetectable levels.

– A research study known as HPTN 052 found that the risk of HIV transmission through condomless sex between heterosexual couples was “extremely low” when the HIV-positive partner was on treatment.

– A three-year European study of more than 44,000 condomless sex acts between gay and heterosexual couples reported no transmission of HIV when one of the partners was HIV-positive and undergoing ART.

– Undetectable viral load doesn’t necessarily mean that there is no virus but that the amount of HIV is below the level tests can detect. Tests in Canada cannot detect HIV in cases where there are fewer than 40 copies of HIV per ml of blood.

Read more from this week’s Being HIV+ package here.