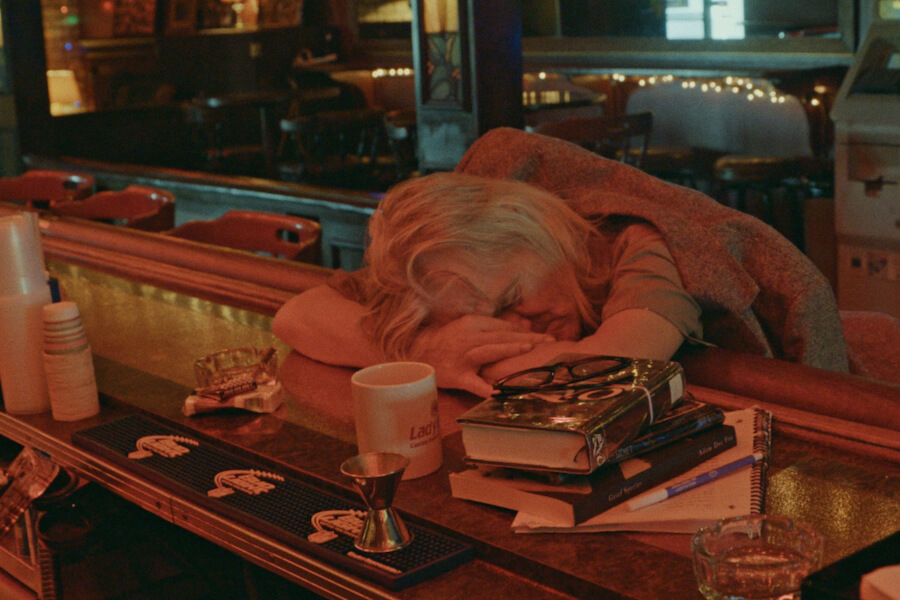 Pitched somewhere between Bukowski’s earlier, funny work and the final act of Eugene O’Neill’s The Iceman Cometh, this evocative work from Bill Ross IV and his brother Turner Ross – makers of the artful documentary Tchoupitoulas and the exhilarating concert film Contemporary Color – charts the last day of operations at a Las Vegas dive bar called the Roaring 20s, as bartenders and regulars gather to drink, talk and salute the place.

Bloody Nose, Empty Pockets – which, I assume, suggests the state in which several of the barflies expect to stagger home when it’s all over – works as both a eulogy for a beloved watering hole and for a more archetypal form of fellowship; as the film rolls on, we see the way in which the barflies support one another when times are rough, and how the bar staff constantly make small, quick choices that defuse angry situations or even keep them from escalating in the first place.

There are even moments of surprising poetry: one barfly tries to make a thoughtful analogy but can’t get anyone else to understand it; another lifer drunkenly begs a younger friend to make better choices in his life, while there’s still time. The Rosses present their subjects without disrespecting or caricaturing them, finding the bruised humanity in every interaction and offering the occasional commentary through the news stories and old movies that play on the bar’s TV.

Except it’s more complicated than that, because the Rosses aren’t exactly making a documentary. They’ve cast real people to play themselves and interact without a script – and filmed most of the action at a New Orleans bar to guarantee some control over the situation. But the alcohol is real, and so are the emotions that come out over the course of the film, and Bloody Nose, Empty Pockets pulls you into its artfully manufactured unreality with the confidence and grace of a masterful theatre piece.

O’Neill’s play was a key influence on the brothers, and they’ve made something that honours it: if you didn’t know this was a construction, you’d swear it was really happening before your eyes. And in a way, it is.