Early 1980s Fashion and manufacturing, some theatre and not much else going on in the southern reaches of the area bounded by Simcoe, Spadina, Queen and the lake. Noteworthy: a reno of the Royal Alexandra Theatre and arrival of the House music phenomenon at the only club in the ‘hood, the Twilight Zone.

1989 SkyDome adds the to clutter of mass development on Front Street and brings with it 50,000-strong crowds to watch baseball games. Restaurants and bars spring up overnight. 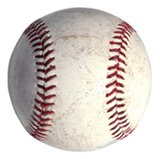 1996 The city pegs the King-Spadina area for reinvestment, and unintended consequences follow. New, more “flexible” development rules unleash a tsunami of development, 70 per cent of it condos. Young professionals with money to burn start moving in in a big way.

2001 Nightclubs begin to upset the balance of entertainment uses. The number of restaurants and nightspots exceeds 200, 40 per cent of which are clubs. Licensed capacity in the area hits 50,000, and the inevitable conflicts with locals begin in earnest.

2004 The King-Spadina Residents Association (KSRA) is founded in response to the lawlessness spilling out of the clubs and onto the street in the wee hours. Toronto police also get caught in the club spotlight. Half a dozen officers, including the head of the police union, are charged in the biggest corruption scandal in the force’s history for allegedly shaking down club owners in return for tips on liquor licence inspections. 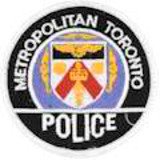 2006 The war in clubland is fully engaged. Council passes a raft of bylaws requiring club owners to submit noise and crowd control plans, take out liability insurance and use metal detectors to qualify for a business licence. The province’s Alcohol and Gaming Commission (AGCO) enters the fray with a proposal to broaden background checks on those seeking club licences.

2007 The heat arrives in a big way. Closed-circuit television cameras are installed in the District.

2008 The Toronto Entertainment District Business Improvement Area is founded. The group sets up a “safe streets” committee and institutes a grading system for clubs.

At Raising The Bar: Summit On Nightlife, Drinking And Violence, Toronto police report tallying 2,600 Liquor Licence Act offences and 400 arrests in the District in 2008.

2010 “For sale” and “For lease” signs dot the District in the shadow of huge billboards announcing the arrival of massive condos. The pieces of the puzzle continue to appear and disappear. Circa goes by the board. Moon rooftop closes. Runaway runs away. The former HQ for Embassy, Traffik and Home at 117 Peter is slated for a hotel and condo development.