NOW MagazineNewsEven in Canada, conservatism is a ticking time bomb

Even in Canada, conservatism is a ticking time bomb 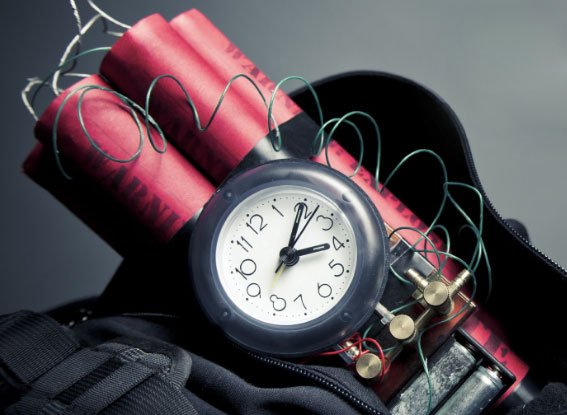 This photograph of a time bomb was used to promote panel discussion on Islam at Manning Centre Conference in Ottawa last weekend.

Conservatism is at a crossroads: in the United States under Donald Trump, in post-Brexit Britain, with the rise of the National Front in France and Geert Wilders in Holland, and with the reformation of traditional conservative parties in the rest of Europe and even Latin America.

In Canada, the old Red Tory tradition was assumed to be the junior partner in a hybrid party formed under Stephen Harper (through the merger of the Progressive Conservative and Canadian Alliance parties) that was right-wing, but moderate out of democratic necessity. That idea is rapidly evaporating.

Last weekend’s Manning Centre Conference in Ottawa exposed just how raw, rough and reactionary the new conservative crusade, and by extension the Conservative Party of Canada, has become. As objectionable as some of former prime minister Harper’s policies were, they pale in comparison to the new populism on display in the party today.

The Manning Conference has for some time been viewed as the Conservative Party’s public showplace, particularly when the party was in opposition. Back in the 70s and 80s, serious discussion gave the right-wing Reform and Alliance base an intellectual veneer.

This year’s conference, however, was fundamentally different.

Instead of discussion, there were polemics. At times during the weekend, the sewers seemed to be breathing.

There is a valid conversation to be had about the relationship between mosque and state, but what happened at this conference was a grab bag of extremes.

At a session on “Leading the response to Islamist extremism and its ideology in Canada,” Thomas Quiggin, whom the Manning people describe as an “expert on terrorism,” suggested that the recent murder of six Muslims in a Quebec City mosque was carried out because their mosque gave tens of thousands of dollars to a “terrorist entity.”

The organizers must have known about Quiggin’s inflammatory reputation, just as they must have thought long and hard before advertising this panel in the conference material with a photograph of a time bomb.

Mark Steyn was another featured speaker, and while he can be entertaining, he’s best known as a guest host on Rush Limbaugh’s radio show and for writing apocalyptic books like America Alone: The End Of The World As We Know It.

The Sun newspapers were strongly represented, as was Ezra Levant’s Rebel Media – both on panels and in the audience. I used to write for the Sun, and I mean no disrespect when I say it hardly promotes academic inquiry. These days, it’s difficult to tell the difference between the Sun and The Rebel.

The predictably emotional professor Jordan Peterson spoke, too. The U of T prof is a new darling of the right who claims that free speech is moribund at Canadian universities and insists on telling everybody who will listen how much he’s being persecuted, mostly because of his opposition to non-binary gender pronouns.

Famous sibling Doug Ford spoke about nasty elites, and another Rebel media personality, Brian Lilley, told us the CBC should be sold off.

Conservative Christians, evangelical as well as Catholic, were there in force, arguing for school “choice” and more “freedom of speech,” euphemistic shorthand for publicly funded religious schools and the reopening of the abortion issue respectively. And that takes us to the conference’s leadership debates.

Andrew Scheer, Pierre Lemieux and Brad Trost are all opposed to abortion, the latter two vehemently so as well as opposing marriage equality. Scheer is more careful about proclaiming his religious and social views, partly because he has a far more realistic chance of winning the leadership race. It’s rumoured that the conference’s eponymous founder, Preston Manning, is in his camp.

Maxime Bernier may be a possible front-runner, but it’s Kevin O’Leary and Kellie Leitch who showed the new face of the Canadian right’s crass populism and reactionary angst. O’Leary, who is no social conservative, relies on his blatant and vulgar money fetish to rally the troops. (A nation governed as if it were a television show?)

Leitch’s xenophobia is ridiculous and obvious, but it has unleashed a previously dormant racism in the conservative ranks.

The Manning Conference was exploitative and irresponsible in its invited speakers and subjects, but it nevertheless reflected the reality of the contemporary Canadian right – a new and unfortunate truth that the party’s new leader will have to face, like it or not.