It's one of the most striking examples of Gothic-art deco architecture in the city, but the building seemed doomed from the start when it was opened in 1932 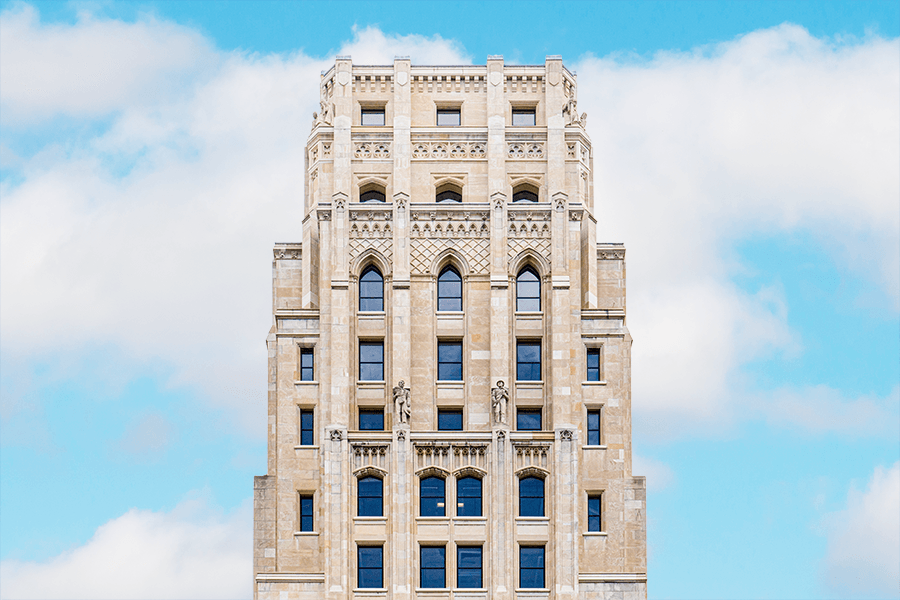 Queen’s Park can be a scary place at the best of times. Take the current government. If only the walls could talk… Some say they already do, in the tunnel that connects the main Legislature building to Whitney Block across the street.

Whitney Block was built in 1926 to house Ontario government offices. The tower that rose above the block was added in 1932. The block was both an oddity and a modern marvel. It included a bowling alley as well as pens for live domestic and farm animals. The provincial veterinary services were located on the sixth floor and animals were brought up using a hand-cranked elevator.

But the tower was quickly abandoned in the 60s over fire and health and safety code violations. There was no proper ventilation system installed when the building was constructed. Also, there’s only one staircase, which made it a hazard in case of fire.

The building seemed doomed from the start. Its architect, Francis Heakes, died before it was officially opened. It’s his ghost that is said to haunt the premises. But legend also has it that a female poltergeist inhabits the tunnel – or at least, a handful of government workers report feeling a presence over the years. Another tunnel leading from the building to Queen’s Park subway station has also been abandoned.

It’s unclear how Heakes died. The public records that are available state that he passed in Kingston and was buried in Mount Pleasant Cemetery. He was 74.

Heakes was chief architect of the province’s public works department. His other commissions include Government House, which was torn down in 1961, and (cue Twilight Zone theme music) the Lakeshore Psychiatric Hospital, aka the Mimico Asylum, which opened in 1889. That building has its own horror stories. While Heakes’s mentor Kivas Tully is credited with the design of the hospital, Heakes had a hand in the design of the hospital’s chapel, assembly hall, and fire hall.

At one time, the Whitney Block tower at 16 storeys was the tallest building in the province.

It remains one of its most striking examples of Gothic-art deco architecture, its limestone facade carved in detail with four 8-foot statues – Justice, Tolerance, Widsom and Power – anchoring the four corners at the top of the building. Eight more statues representing various occupations adorn a lower level of the structure.

Today the building is surrounded by scaffolding and wrapped in plastic as rehabilitation work to install new windows, update the heating, ventilation, and air conditioning systems and repair the Whitney Block facade is underway. The work is expected to be completed in 2022, giving new life – and a new face – to one of Toronto’s signature heritage buildings.

There’s no doubt that whatever lives on in the building’s bowels has witnessed enough skullduggery of self-serving politicians to want to make anyone scream.

Enzo DiMatteo discusses the Hidden Toronto series on the latest episode of the NOW What podcast, available on Apple Podcasts or Spotify or playable directly below: