A roundup of coronavirus news in Toronto and Ontario for January 27. 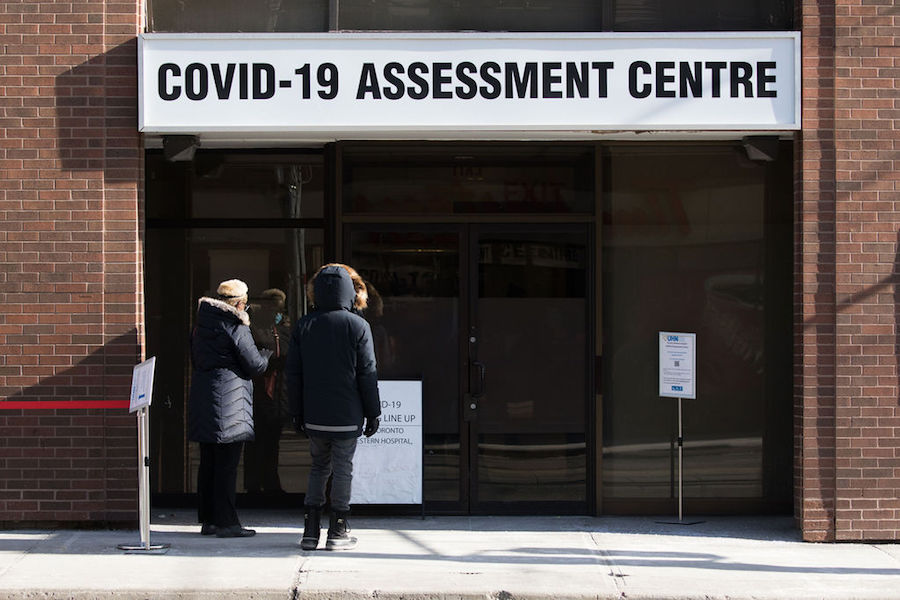 Casino mogul fined for getting COVID vaccine ahead of Indigenous people

2:15 pm There are 14 cases of the UK coronavirus variant in Toronto, the city’s Medical Officer of Health Eileen de Villa said today.

During a press briefing at city hall, de Villa said the emergence of highly transmissible means Toronto is “medically” in an “uncertain phase of the pandemic.”

It’s not known how the presence of the variant will play out in Toronto. As such, de Villa said people should act as if the UK variant, which studies have shown spreads more quickly and can lead to more severe illness in some people, is spreading.

De Villa confirmed a daily increase of 502 new COVID-19 cases in the past day. Another 41 people were admitted to hospital. There are now 520 COVID-19 patients in Toronto hospitals, including 114 in intensive care.

Though today’s case count is lower than those reported in recent weeks, de Villa cautioned that testing has been also lower.

2:10 pm The Canadian Union of Postal has confirmed a postal worker has died following an outbreak at the crown corporation’s Mississauga plant.

The union said the employee recently tested positive for COVID-19, but could not confirm the cause of death. The employee worked at the Gateway East facility on Dixie Road, which has declared an outbreak.

“We send our deepest condolences to the family, friends and co-workers,” the union said in a statement on Wednesday. “We have many questions for Canada Post and we are demanding answers. We’ve been told that the cause of death is unknown, however, we do know that the member had recently tested positive for COVID-19, and worked at the Gateway East facility where an outbreak was declared earlier this month.”

To date, 224 workers at the Mississauga plant have tested positive for the virus. Over 350 workers have been sent home to self-isolate as a result of the outbreak.

Statement on Death of a Postal Worker in Toronto:

The Canadian Union of Postal Workers was informed this morning that one of our members has died.

We send our deepest condolences to the family, friends and co-workers. pic.twitter.com/x5O2vSeFVV

12:10 pm The mayor is looking at expanding last summer’s successful ActiveTO program to other parts of the city.

From May to October, the city shut down major roads such as Lake Shore West and Bayview to vehicle traffic so cyclists and pedestrians could get socially distanced exercise.

“I think if anything my objective would be to scale it up,” John Tory said during a press briefing at city on Wednesday. “By saying that, I’m talking about what I’ve asked of the staff which is that they look at opportunities to have an ActiveTO corridor, if I can call it that, in other parts of the city.”

He added that ActiveTO drew thousands people from all over Toronto and would look at expanding it to East York, North York and Scarborough if people in those areas wanted it.

Pre-scheduled construction will likely affect the city’s ability to close down Lake Shore West again for at least part of the summer months, he added.

12 pm Mayor John Tory told CP24 last night that city staff will visit 12 residential buildings that have been the source of several complaints about mask usage.

Tory previously said the city had received nearly 2,000 complaints about people in apartments and condos not following COVID-19 protocols. City staff have analyzed the data and identified 12 buildings that have been the subject of more than 10 compaints.

Seventy-five per cent of complaints involved apartments and 25 per cent were about condos, he said.

Health Minister Christine Elliott said there were 1,670 new infections detected in the province in the past day. That’s the lowest single-day increase since late November.

Labs completed nearly 55,200 tests, a significant increase over the past two days. The positivity rate is now four per cent, down from 5.9 per cent yesterday.

Today’s numbers appear to show a continuing decline in virus spread in the province, but public health officials have cautioned the detection of highly transmissible UK variant could change the situation.

The seven-day moving average for new infections is now 2,205, down from 2,805 at this time last week.

Another 49 people have died, including 25 long-term care home residents.

Hospitalizations are also declining. There are 1,382 people in hospital province-wide, including 377 patients in intensive care.

The total active cases in the province is 21,932 and 2,725 more cases have resolved since yesterday.

Doctor under fire over connections to teachers’ union

10:25 am One of the doctors on Ontario’s COVID-19 advisory science table is at the centre of a controversy over his connections to a teachers’ union.

On Tuesday, the Toronto Sun reported that Dr. David Fisman, a University of Toronto epidemiologist, was paid by the Elementary Teachers’ Federation of Ontario (ETFO) while providing advice on the province’s school reopening plan.

That prompted Ford to release a statement calling the relationship “deeply concerning.”

EFTO said in a statement Fisman was retained and compensated as a medical expert in a legal proceeding last summer and that the relationship was public. “The provincial government was certainly aware of the experts with whom we were working,” the statement reads.

Since then, the union has continued consulting with Fisman on health and safety in schools but says he was not compensated for that work. It adds that Fisman was quoted in EFTO press releases.

Fisman said on Twitter he offered to resign from the province’s advisory table, but the resignation was not accepted. He also called the Sun article a “hit job.”

In a statement, Ford said: “While the COVID-19 Science Advisory Table is an independent voluntary group of experts that provides advice to the government on matters of critical importance, it is our expectation that all individuals act in good faith and disclose any actual or potential conflicts of interest.”

Doctors have since rallied behind Fisman, causing the hashtag #thankyoudavidfisman to start trending on Twitter.