Top COVID-19 stories and news How to. 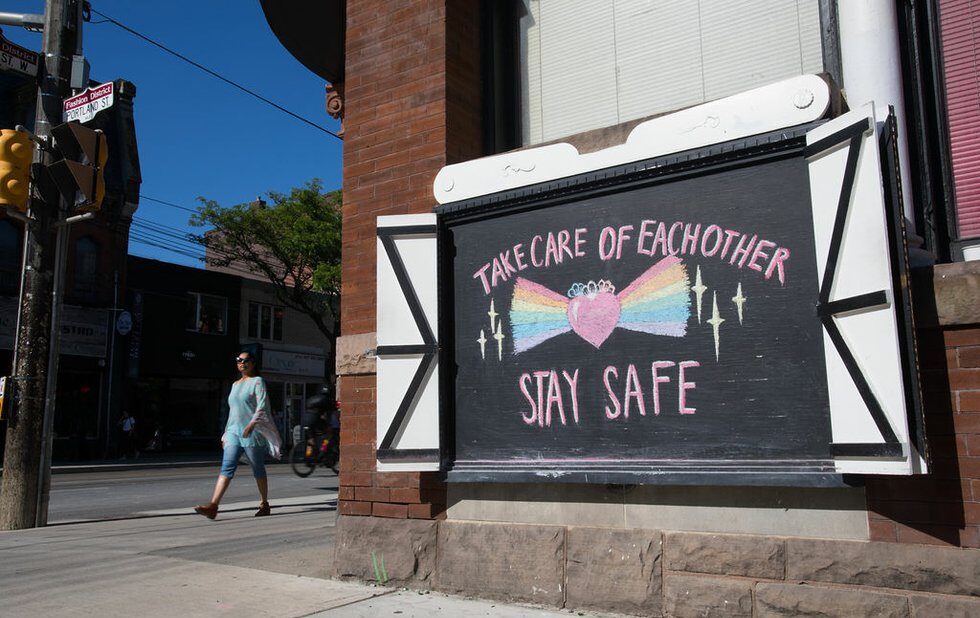 “I am encourage to see this number continuing to decline,” city chief medical officer of health Eileen de Villa said.

de Villa added that 110 more people have recovered since yesterday, bringing the number of recoveries to 11,611.

The string of daily declines means that the the virus spread and containment section of the city’s newly unveiled COVID-19 dashboard has moved from yellow to green however, the city’s overall status on the dashboard remains yellow.

“Given that we are at goal for three out of four indicator categories, we should soon be able to join other communities across the province in stage two of reopening our city,” de Villa said. She urged Torontonians to continue safety and physical distancing measures, including mask-wearing.

The celebration will feature a mix of pre-taped and live performances from a group of artists including Jully Black, Gordon Lightfoot and Ali Hassan.

Tory added that the CN Tower will participate in the day’s festivities with a 15-minute light show “set to the music of a diverse group of Canadian artists”. The show will be livestreamed on the CN Tower website.

The Canada Day performances will be livestreamed at toronto.ca/canadaday.

To get a marriage license, residents must book an appointment and fill out an online application three days before their appointment.

Instead of traveling to City Hall or to other city processing centres, marriage license applicants will have to travel to North York Civic Centre. “All other civic centre and City Hall service counters remain closed,” a city release states.

The city usually sees about 7,000 marriage license applications in the spring, but this year only processed 421 licenses, which have been limited to urgent applications on compassionate grounds since mid-March. The city will continue blocking off time to process urgent requests.

Ontario Premier Doug Ford has announced that a potential plan to cut retail workers’ statutory holidays from nine down to three will not be going forward.

“We aren’t doing that. I think people should spend time with their families. There’s nine stat holidays. As much as the malls will be packed and everything – I think people need to take a break,” Ford said in a provincial press conference Friday.

According to Unifor president Jerry Dias, representatives from the Ministry of Government and Consumer Services had floated the idea this week in a conference call with the union and other retail sector stakeholders.

Under the new plan, workers would only have been entitled to Christmas, Good Friday and Canada Day as stat holidays.

The announcement came in the wake of major employers, including Loblaws, Sobeys and Metro, cutting a $2 hourly pay bonus rolled out during the COVID-19 pandemic.

The Ontario government has announced a three-part roadmap for returning students to class for the upcoming school year.

Education minister Stephen Lecce said schools are being asked to prepare for the following three scenarios:

The mixed-delivery model is what school boards across the province will start with, with classes capped at 15 and the province recommending students only make contact with their immediate cohort and teacher. Staggered bell times and recess are also a possibility.

Lecce said that after September, the province will evaluate that model, allowing students to move closer to conventional delivery – still with safety measures in place – if the curve continues to flatten.

The province’s 72 school boards have been asked to adapt the government’s plans to suit their capabilities, based on recommendations from their local health boards.

“Toronto Public Health (TPH) is pleased to announce that each day this week it has exceeded the provincial target of reaching 90% of cases within 24 hours,” the agency said. “This is a significant accomplishment and can be attributed to the dedicated staff assigned to the response efforts.”

After receiving confirmation of a COVID-19 case, TPH follows up with the infected person in order to confirm that they are isolating, ID their close contacts and look into how they may have contracted the virus, as well as following the case for the subsequent 14 days to monitor the person’s symptoms and ensure that they are staying isolated.

TPH added that their case and contact management team has expanded from 50 staff at the start of the pandemic to about 700 staff. The public health unit has investigated 14,000 cases so far.

At a press conference in Quebec, Prime Minister Justin Trudeau announced the government would create a new jobs program aimed at youth.

The program would create 500 green jobs and training opportunities for young people in STEM at federal ministries.

“Ranging from six months to a year in length, these internships will give young people invaluable experience, and the chance to explore careers in the natural resource sector,” Trudeau said.

The number of active cases dropped to 2,281, with 246 existing cases now classified as “recovered”. Eighty-five per cent of Ontario’s total cases are now resolved.

Nearly 60 per cent of the new cases were in Toronto, Peel and Windsor-Essex – areas that have been held back from moving into Stage Two of the province’s reopening plan.

Bike lanes are being installed on University Avenue and Queen’s Park Circle today and over the weekend as part of a new extended network of bikeways.

Crews were out Friday morning painting lines for the new lanes, which will run from Bloor to Adelaide.

The lanes are part of 25 kilometres of new cycling structure approved by council at the end of may as part of the ActiveTO program.

“The new bike lanes on University Avenue will provide an alternative to the Line 1 subway for commuters, opening up more space for those who need to take public transit,” councillors Mike Layton and Joe Cressy said in a joint statement welcoming the bike lanes.

Layton tweeted that both bollards and coloured paint will be used to create the bike lanes.

9:23 am Lake Shore and other roads to close for ActiveTO this weekend

Parts of Lake Shore West and East will once again close as part of the city’s ActiveTO program. The road closures allow pedestrians, runners and cyclists to get outside while practising physical distancing. Based on recent data released by city all, the closures are attracting thousands.

As of June 18, there are 100,220 cases of COVID-19 in Canada and 8,300 people have died. The country now ranks 18th on the list of countries with the most confirmed cases, according to the Johns Hopkins University’s COVID-19 tracker.

The milestone comes as Toronto has passed 1,000 deaths.