Ontario unveils $17-billion aid package Canadians to get $2,000 per month in COVID-19 aid 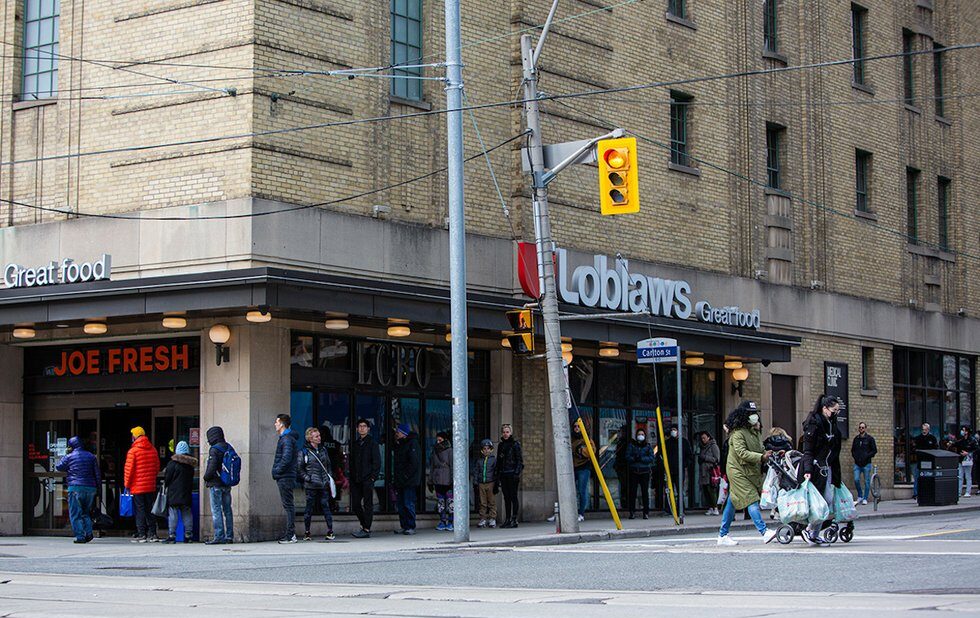 Doug Ford’s government announced $17 billion in aid on Wednesday in response to the COVID-19 pandemic. The funding includes a $1 billion contingency fund for emergency needs, $2.5 billion reserve and an increased contingency fund of $1.3 billion.

Finance minister Rod Phillips announced the package as part of a fiscal update. Ontario is spending $75 million on supplying personal protective gear and medical supplies to frontline workers and $160 million on monitoring, surveillance and laboratory and home testing. The package includes:

5:25 pm Travellers returning to Canada must quarantine by law

The federal government is invoking the Quarantine Act to make it mandatory for travelling Canadians to go into self-isolation. Health Minister Patty Hajdu said on Wednesday that Canada is clamping down and making it the law that people returning from abroad stay inside for 14 days upon arrival.

There have been reports of Canadians going shopping instead of going into self-isolation in the city they land in. The mandatory quarantine will take effect at midnight tonight.

The city is shutting playgrounds, sports fields, basketball and tennis courts, off-leash dog parks, skateboard and BMX parks, picnic areas, outdoor exercise equipment and other amenities as part of the fight to stop the spread of COVID-19.

The closures are effective immediately. On Thursday, signage will go up and any existing fences or gates will be locked.

“While the public has been advised that fresh air and exercise is good if you are not ill, and if so, you should stay home, it has been observed that individuals are using parks and their amenities to congregate,” the city said in a statement. “The public has also shared its concerns about how parks amenities are supporting that congregation. The city is urging all residents, who are not performing essential or critical services, to stay home.”

Toronto has more than 1,500 city-run parks and more than 800 playgrounds.

The city’s medical officer of health is also urging condo boards, schools and the Toronto Community Housing Corporation to close its playgrounds and parks amenities.

The University of Toronto has cancelled all spring convocation ceremonies that were set to take place between June 2-19 due to coronavirus concerns.

“Students who complete their degree requirements will still graduate and receive their degrees and parchments,” the school said in a statement. “We are currently exploring possible alternative means of celebrating your graduation, and we will be back in touch with you as soon as possible with more information.

“Receiving your degree is one of the most important milestones in your life,” the statement continues. “We are so sorry that we cannot celebrate this achievement in the traditional way.”

Canadians will be able to apply via an online portal, which will open by April 6. Trudeau says the first cheques or direct deposit payments will be sent within 10 days of applying.

The benefit replaces the Emergency Care Benefit and the Emergency Support Benefit announced last week, and is a part of the Liberals’ $82-billion aid package. The bill is currently being debated in the Senate after being passed in the House early this morning.

More details on the Emergency Response Benefit will be released later this week.

The number of COVID-19 cases in Ontario is now 688. Public health officials confirmed 100 new cases on Wednesday and the province’s ninth death.

Eight cases have been resolved, there are 10,489 cases under investigation and 24,458 people have tested negative. Of the new cases, 21 are in Toronto.

The Registered Nurses Association of Ontario says health organizations across the province are reporting shortages of personal protective equipment (PPE) that needs to be urgently addressed.

In a statement released this morning, the RNAO says the province “must be prepared for an exponential increase in the demand for PPE assuming worst-case scenarios for the COVID-19 pandemic.”

The association says that available ventilators – including the 300 Ontario has ordered – “vastly underestimate the real need under a worst-case scenario.”

RNAO’s statement doesn’t mince words. “We are in a war and the enemy is the COVID-19 virus. Tragically, we will lose too many loved ones due to COVID-19, but our goal must be that we will not lose even one patient or health-care worker that could have been saved if we had the proper equipment or the ventilators to care for them.”

An impasse that threatened to delay passage of the Liberal government’s $82-billion COVID-19 Economic Response Plan was broken in the wee hours this morning.

A clause in the legislation that would have given cabinet powers to make future spending decisions without recalling parliament was the main sticking point. The Liberals said they needed the powers to make decisions on the fly on what is a quickly evolving pandemic. The opposition Conservatives threatened not to support the bill if the clause was not removed. The Bloc managed to squeeze a concession from the Liberals to review the powers in September.

After brinksmanship on both sides – and closed-door meetings that lasted into the night – a deal was reached that would give the Liberals the power they sought, but with a number of provisos, including that those powers are reviewed in June and that parliament be informed of any taxing decisions.

The operator is the first TTC’s first frontline employee to be diagnosed. He is now resting at home, the transit agency said in a statement.

The TTC said the operator worked part of a shift on Line 1 on March 16 and then reported feeling unwell and went home off sick. He has not been at work since.

Toronto Public Health has advised there is no increased risk to employees or customers, but the TTC is working to identify a “small number of employees” the operator had casual contact on March 16. They will be advised to self-monitor symptoms.

“The TTC considers the health and well-being of its employees our top priority and we are working with Toronto Public Health, our own occupational health unit and ATU Local 113 on next steps to ensure employees are given information and the support they need moving forward,” the statement said.

9 am Inside Out film festival postponed to October

Another major Toronto event has postponed due to coronavirus. Inside Out, the country’s LGBTQ film festival, will now take place in October. The festival will host select events online during the original dates May 21-31, but screenings and parties will now take place between October 1-11. Read more here.