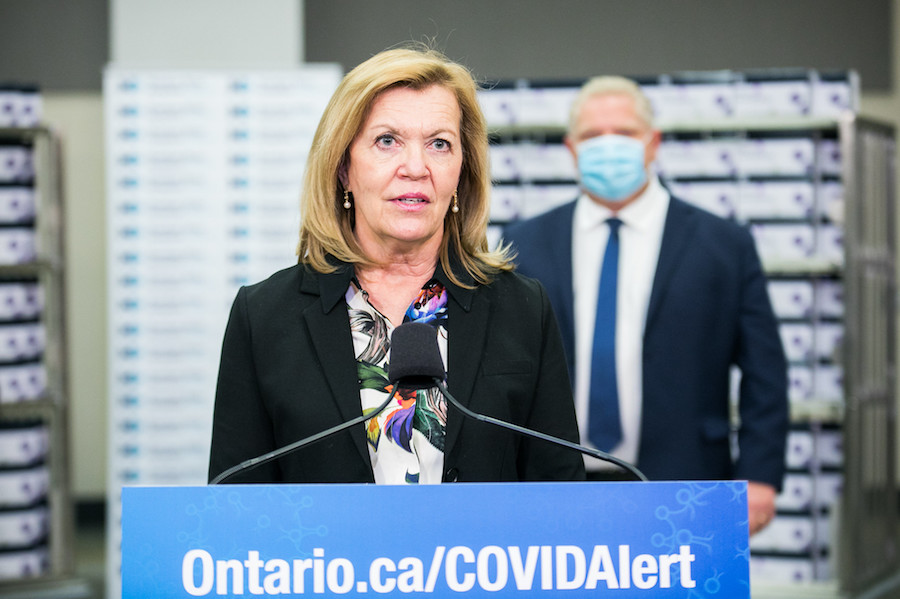 On Friday, the province rolled out the second phase in the vaccine passport system that non-essential businesses are using to verify proof of vaccination. To ensure a “smooth experience,” Premier Doug Ford’s government is making the certificates available in phases over the weekend.

Then, on October 18 at 6 am, the portal will open to everyone, regardless of birth month.

The codes can be saved on your phone or printed out. You can also call the Vaccine Contact Centre at 1-833-943-3900 to have your enhanced vaccine certificate emailed or mailed to you.

The government has also made available the app businesses will use to scan the QR codes, called Verify Ontario.

Vaccine receipts will continue to be valid and everyone must still show a piece of ID showing their name and birth date when entering a business using the passport system.

“While the current vaccine receipt without a QR code remains valid and will continue to be accepted, the province is encouraging individuals to download their enhanced vaccine certificate with a QR code as an easier, more secure and convenient way to have their proof of vaccination verified,” the government said in a press release.

Asked why people can still use the old vax receipt during a press conference on Friday, health minister Christine Elliott said “there will be a period of time where people can use both” because some people might need the QR codes mailed to them.

“We have to accommodate the different ways people will be receiving the QR code,” she added.

People who are exempt from the system will have to wait longer to be able to use the QR codes, Elliott added, since the enhanced certificates use Ontario’s COVax system, which does not contain data around medical exemptions.

“We can only put information into the QR code that is already in the COVax system and the medical exemptions are not in the COVAX system yet,” she said.

If you have a medical exemption, you will eventually need to take that information to your local public health unit to be input.

“That’s going to take a little bit of time,” Elliott said. “We don’t have an exact date for that. But it’s going to be up to individuals to take that information, once they get their exemptions, to their public health unit.”

Meanwhile, businesses can download the Verify Ontario app from Apple and Google Play stores. It can be used without an internet connection, but will need to connect online to stay up to date.

“The app never stores personal information and only shows the minimum amount of information necessary to confirm vaccination,” the government said.

The app can only scan and read official, government-issued QR codes, including those built using the same SMART Health Codes technology in other provinces such as Quebec, British Columbia and the Yukon.

Premier Doug Ford has stressed that the vaccine certificate system is “temporary.”

It’s also part of the government’s strategy to push up the provincial vaccination rates. To date, more than 87 per cent of eligible Ontarians 12 and up have had one dose of COVID-19 vaccine and more than 82 per cent have had two shots.