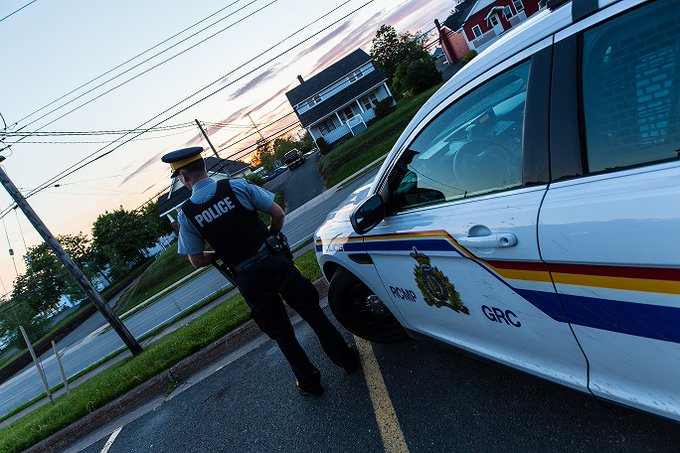 “We were making plans. It’s like he snapped. I don’t know.”

Those are the words of the common-law partner of Nova Scotia mass shooter Gabriel Wortman to the RCMP to describe the moments just before Wortman went on a two-day shooting rampage on April 18 that ended with 22 people dead. They are contained in the latest batch of RCMP search warrant documents released by a Nova Scotia judge on Monday.

The new documents shed more light on the twisted double life of the denturist behind the deadliest mass shooting in Canadian history.

The portrait painted by witnesses interviewed by the RCMP is of a paranoid narcissist with a violent streak who was growing increasingly out of touch with reality during the COVID crisis.

In the days and weeks before his rampage, it was like Wortman “was preparing for the end of the world,” his partner told the RCMP.

Wortman “was consumed by COVID and talked about it all the time.”

He was “very caught up and thought he was going to die.”

She describes how Wortman talked about buying large quantities of rice and other food items. It was while they were out purchasing the $800 in gasoline that Wortman would later use to set his cottage and several other structures on fire.

Wortman cashed in savings totalling some $475,000 in the weeks before his shooting spree. Another $50,000 to $60,000 in cash was stashed at one of his properties in Dartmouth, according to the court documents.

He “was paranoid that Justin Trudeau would put into effect a means that if you had money the government could take the money and give you shares,” his partner told the RCMP.

But she describes Wortman as more erratic than unhinged.

“He seemed like the perfect guy at first,” she said. He showed up for their first date in a convertible and with two dozen long stem roses.

But she would end up running for her life in the woods the night of the massacre. It’s still not clear what set Wortman off on his murderous rampage. But to others who knew him, it was only a matter of time.

“A scammer and opportunist”

Wortman’s cousin, a retired RCMP officer, also appears in the latest documents. He told investigators it was no surprise to him that Wortman “was capable of killing someone, maybe his parents.” But he never thought that Wortman “would go on a rampage.”

The cousin described Wortman as “a strange little guy” who had a “difficult” upbringing and was estranged from his family.

Wortman had another side – the “career criminal” who put himself through university smuggling alcohol and tobacco across the Canada-U.S. border.

Wortman was “a scammer and opportunist,” his cousin said, “always thinking of ways to beat the system and screw Revenue Canada. Everything was about money for Gabriel. He talked about it all the time.”

The former RCMP officer said Wortman showed up at his retirement party in 2011. He said he gave Wortman parts of his RCMP uniform – hat, boots and red serge – which Wortman had displayed in his cottage.

But he told investigators he never saw Wortman again after a family vacation in 2016 where Wortman “beat up his [own] father.” Wortman’s partner had told police that “there was blood everywhere.”

A business associate of Wortman’s describes him in the RCMP documents as a narcissist who talked a lot about himself. He said the last time he saw Wortman was shortly before his shooting spree. Wortman showed him a “big military gun” in the trunk of his car. Wortman told him it was “for a movie he was going to be making.”

Documents already released in the case detail the possibility Wortman was running drugs, including thousands of oxycontin and dilaudid tablets, across the U.S.-Canada border. It’s also been suggested that Wortman was an RCMP informant. The new documents reveal he had made 15 trips to the U.S. over the last two years. The last trip was on March 6. Wortman liquidated his assets, including some $400,000 in GICs purchased in 2017, 14 days later on March 20.

It’s becoming clearer that Wortman had ties to the criminal underground. What’s not so clear is if they escaped the notice of the RCMP.

One of those ties was to Peter Griffon, a known drug dealer who did odd jobs around Wortman’s properties.

Griffon had been out on early parole since 2018 and living in the Portapique area after spending four years in an Alberta prison. (Police had found four kilograms of cocaine, $30,000 in cash and guns and ammunition at his apartment in 2015.) He also worked at the print shop where Wortman got some of the decals to outfit the replica RCMP vehicle used during his rampage. Griffon told police he made the numbers for the car, apparently without the consent of the shop owner.

He was splitting wood at Wortman’s place the morning of the massacre. He said nothing seemed unusual. Wortman was “a nice guy” who he described as “polite and friendly.” He was “unaware of any issues Wortman may have had with others in the area.”

The CBC reports that Griffon is back in custody, having been deemed to have violated the terms of his parole over the Wortman shooting.

But Griffon may not be Wortman’s only questionable connection. Wortman’s cousin makes reference in his statement to the RCMP of a second “convict” who performed odd jobs for Wortman.

For all the tantalizing details about Wortman, there’s still a lot more we don’t know about the case – and probably won’t know until a public inquiry gets underway sometime early next year.

All the documents that have been released so far have been redacted. The latest batch contains whole sections of witness testimony that are blacked out. They’re being kept under seal by federal and provincial Crown prosecutors. A number of media outlets have petitioned the courts for the complete release of the documents. A legal proceeding led by a number of media outlets continues to wend its way through the courts.

And while questions about motive continue to surround the gunman – not to mention the RCMP’s handling of the case – the circumstances around the death of RCMP Constable Heidi Stevenson, one of Wortman’s victims, and Wortman remain a mystery all these months later.

So far all we do know is that there was “some kind of accident” between Wortman and Stevenson. And that both their cars ended up in flames and Stevenson dead. Wortman took her gun.

However, we do have some indication from the latest court documents about what role faulty radio communications may have played in her death – and the RCMP’s inability to capture Wortman until he happened into a gas station in Enfield where there were officers present.

Chad Morrison, the other officer shot by Wortman but whose body armour saved him, was also interviewed by the RCMP. He was supposed to meet up with Stevenson on Highway 2 at Highway 224. He was waiting in his car when he saw an RCMP cruiser he thought was being driven by Stevenson approach. It was approximately 11 am on Sunday morning well into Wortman’s killing spree. And he was aware of the events that were occurring in Colchester where a manhunt was on for Wortman. He had a photo of the gunman.

But as Morrison was listening to the chatter on police radio Morrison was confused about Wortman’s possible whereabouts.

The latest court documents reveal that “He was listening to the radio and found it confusing to understand where the suspect was, but thought the suspect was in the Brookfield area and was not expecting the suspect to be coming his way at the time.”

As the cruiser approached, Morrison got on his radio to ask who was coming towards him. Stevenson radioed that it was her, according to the court documents.

Morrison noticed that the RCMP vehicle approaching him was equipped with a crash bar, which is not standard equipment for RCMP vehicles. It made him pause. But he told investigators that he didn’t think more of it because “the vehicle was approaching at normal speed.”

Morrison began to move his vehicle to get into a better position to talk to who he thought was Stevenson. He then noticed that it was a male driving the car. The same male in the picture. Morrison said Wortman had a “melancholy expression” on his face. That soon turned to “grit” as Wortman trained his handgun on him and shot “three or four times.”

Morrison “floored it” to get out of the line of fire as he hit the emergency response button on his radio for help several times. He told investigators that he wasn’t sure if the call for assistance had gone through. He would end up driving himself to an ambulance station nearby for help. But it was closed. He thought Wortman would follow him and that he would be “a sitting duck” sitting in his cruiser waiting for help. He says he took up a position behind the building with his rifle at the ready. It was a short while later that he heard over the radio that “Stevenson is down.”