After weeks of confusion, the different levels of government are now mostly on the same page 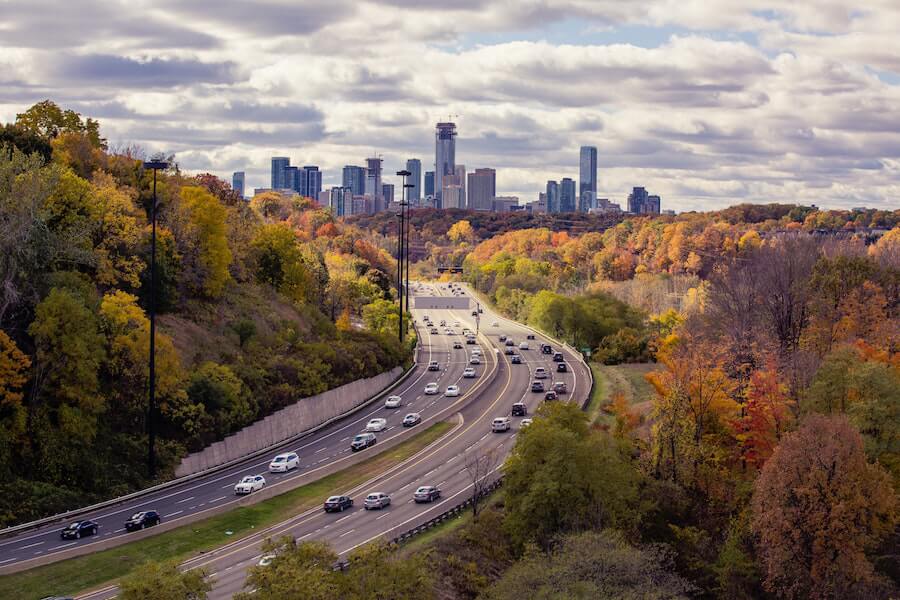 Update: Ontario has introduced new public health restrictions since this story was published.

Torontonians should not gather with anyone they do not live with on Thanksgiving, the city’s top doctor said this week.

And if you live alone? Tuning into Thanksgiving dinner virtually is the “safest” option.

“Please do not hold a big Thanksgiving dinner. Please, limit your Thanksgiving dinner to the people you live with,” Toronto Medical Officer of Health Eileen de Villa said during a press briefing at city hall on Monday. “If you live alone, the safest option is to join with others virtually.

“I would far rather we change one Thanksgiving for safety’s sake than look back at Thanksgiving 2020 with enormous regret,” she added. “Keeping apart at a holiday isn’t what anyone wants to do. Being apart doesn’t have to mean being alone if you think it through.”

She added two days later that if someone has “significant” mental health concerns and requires connection, they should meet others under the following conditions: Meet with another person outside, keep a distance of at least six feet at all times, wear a mask, do not get together to eat or drink.

De Villa’s firm stance comes as new COVID-19 cases rise rapidly in the city. That prompted Toronto Public Health to ask the province to shut down indoor dining at restaurants and bars and indoor gym classes in the city for four weeks.

Thanksgiving, which is on October 12, is the first statutory holiday in Ontario since the second wave began.

The advice for Torontonians goes further than the official lines that had come from federal and provincial public health governments in recent weeks.

What Ontario is saying

After initially advising people to keep Thanksgiving gatherings small, Premier Doug Ford has since said that people should gather with “only the people you live with.”

“If you’re alone, you can pair up with one other household, but only one,” Ford said during a press briefing at the Centre for Addiction and Mental Health on October 7. “As much as possible, limit the amount of people you’re getting close to.”

He noted that health officials in Canada recorded spikes in cases following the August long weekend and the Labour Day long weekend in September.

“For this Thanksgiving weekend, it’s not enough just to limit the size of our gatherings. We need to stick to our immediate households,” he added. “We need to reduce our close contacts.”

Government and public health officials in Ontario previously stopped short of telling people not hold small gatherings with people they do not live with, citing mental health.

“There are a number of people who do live alone who are experiencing isolation. We want them to be able to have connection to another group for mental health and social purposes,” Health Minister Christine Elliott said on October 2. “So we’re just asking people to be reasonable. Please try to keep your gathering small, to immediate households as much as possible.”

Both Ontario and Toronto have said public health advice instructing people to form social circles of a maximum of 10 people is no longer relevant since many stopped following that rule months ago.

That’s why the province has not given a “tight definition of household,” Ontario’s Chief Medical Officer of Health David Williams said on October 2. “We want to say smaller. You have to refocus back down… pick your ones carefully.”

What Ottawa is saying

Speaking alongside Prime Minister Justin Trudeau in Ottawa on Monday, Theresa Tam said the fact that the epidemic is evolving differently in different jurisdictions makes it hard for officials to give one-size-fits-all advice.

“We’re trying to, at different levels, be as targeted as possible. You have to look at your local epidemiology,” the chief public health officer of Canada  said. “Quite frankly, we’re steering in uncertain waters. No one knows how exactly this is going to work. There’s some grey zone and people doing different things.”

2/3 Gatherings indoors will be safest if small and select (#DownsizeYourBubble as/where possible), especially in areas of Canada where #COVID19 infection rates are highest.

If gathering outdoors with people from outside your social circle, participants should keep two-metres distance, Tam said.

At Monday’s press conference, de Villa acknowledged that mental health is a consideration in public health advice during the epidemic, not just COVID-19.

“We all need social support. We know how important it is to have that network of people,” she said. “That’s good for our mental health.

“In terms of going out, maintaining distance with others – if that is a real social support for you and that’s the method by which you maintain your mental health – I think that’s appropriate,” she added.

Socializing outdoors while taking precautions – such as wearing a mask and physical distancing – is a safer option for people craving social interaction for mental health reasons.

When dining out, going to a restaurant with people you live with is a safe option for indoor dining, de Villa said. But she adds that outdoor dining is safer because the risk of virus transmission is lower outside. However, close contact outdoors with no masks can pose a risk, she noted.

“What I’m asking the residents of Toronto to do is to think about whether the activities that they are engaging in are things that they need to do, or things that they want to do,” de Villa said. “Really focus on limiting interaction with others outside of your households to things that are true needs.”