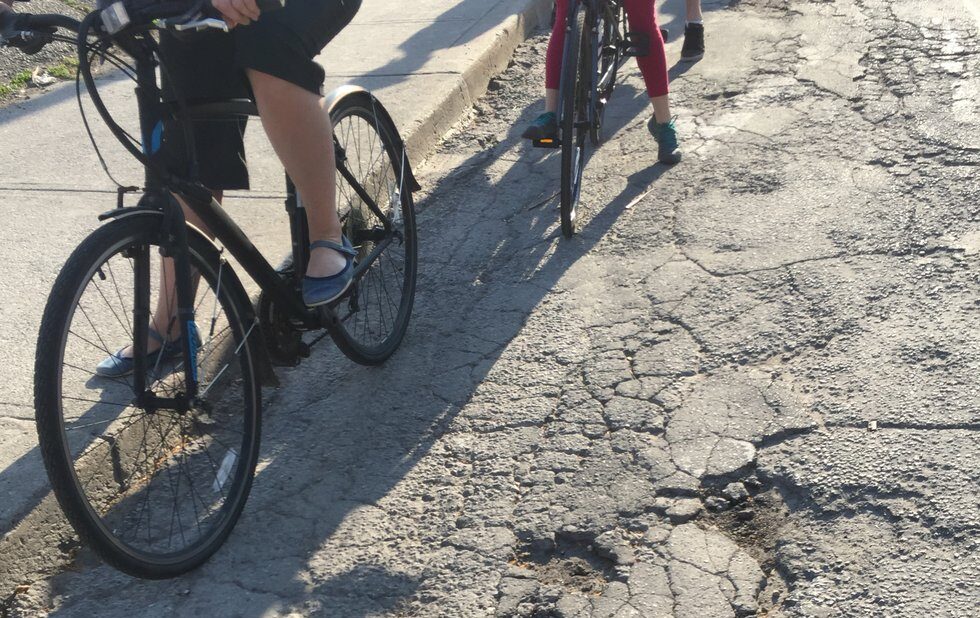 Teeth-rattling bike lanes on Shuter are among the worst in the city.

If you cycle in Toronto, you probably have felt a tad smug knowing you got to your destination faster than the folks sitting on a stopped (without an announcement) TTC train.

The city’s bike network is in a bad state of disrepair. Often the road close to the curb has divots, cracks and is torn up, forcing cyclists to ride in the path of traffic to avoid getting a flat or being tripped up.

A pothole is one thing when you’re in a car. You can just drive over it.

But an encounter with a pothole or damaged roadway on a bike can mean the difference between life and death or a life-changing injury for a cyclist.

Patrick Brown, senior partner at McLeish Orlando Personal Injury Lawyers and head of Bike Law Canada, says he gets a lot of calls from cyclists who have been injured, some seriously (in one case a man is now a quadriplegic) after falls due to poorly maintained bike lanes.

“What [the city] has to understand is the state of disrepair in a bike lane is different than a car lane,” he says.

Under the Ontario Municipal Act, the city is responsible for “minimum maintenance standards for municipal highways.”

But while roadway fatalities and injuries involving motorists have been on a steady decline in recent years, pedestrian and cyclist deaths have been on the rise despite Toronto’s Vision Zero Road Safety Plan. 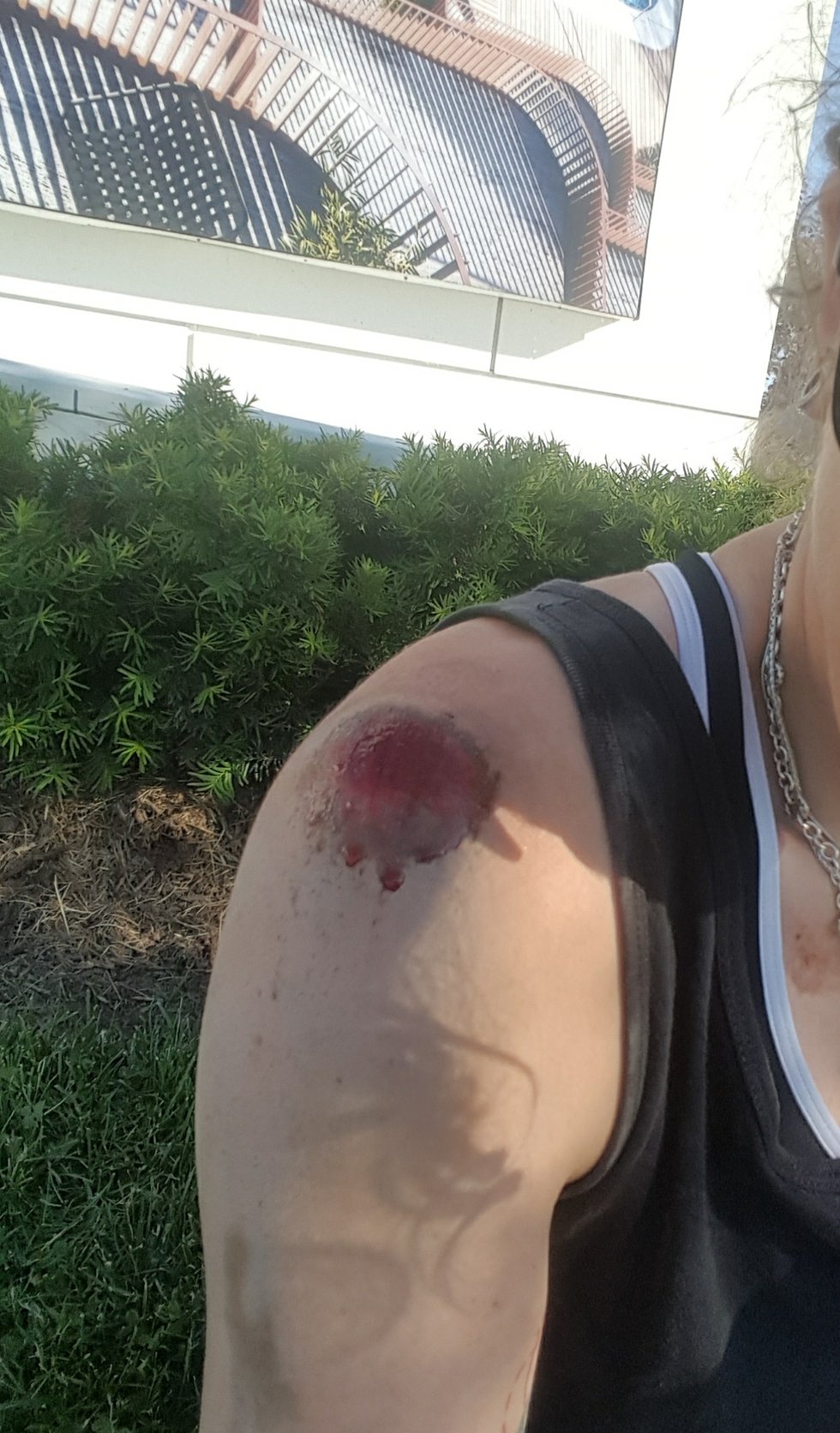 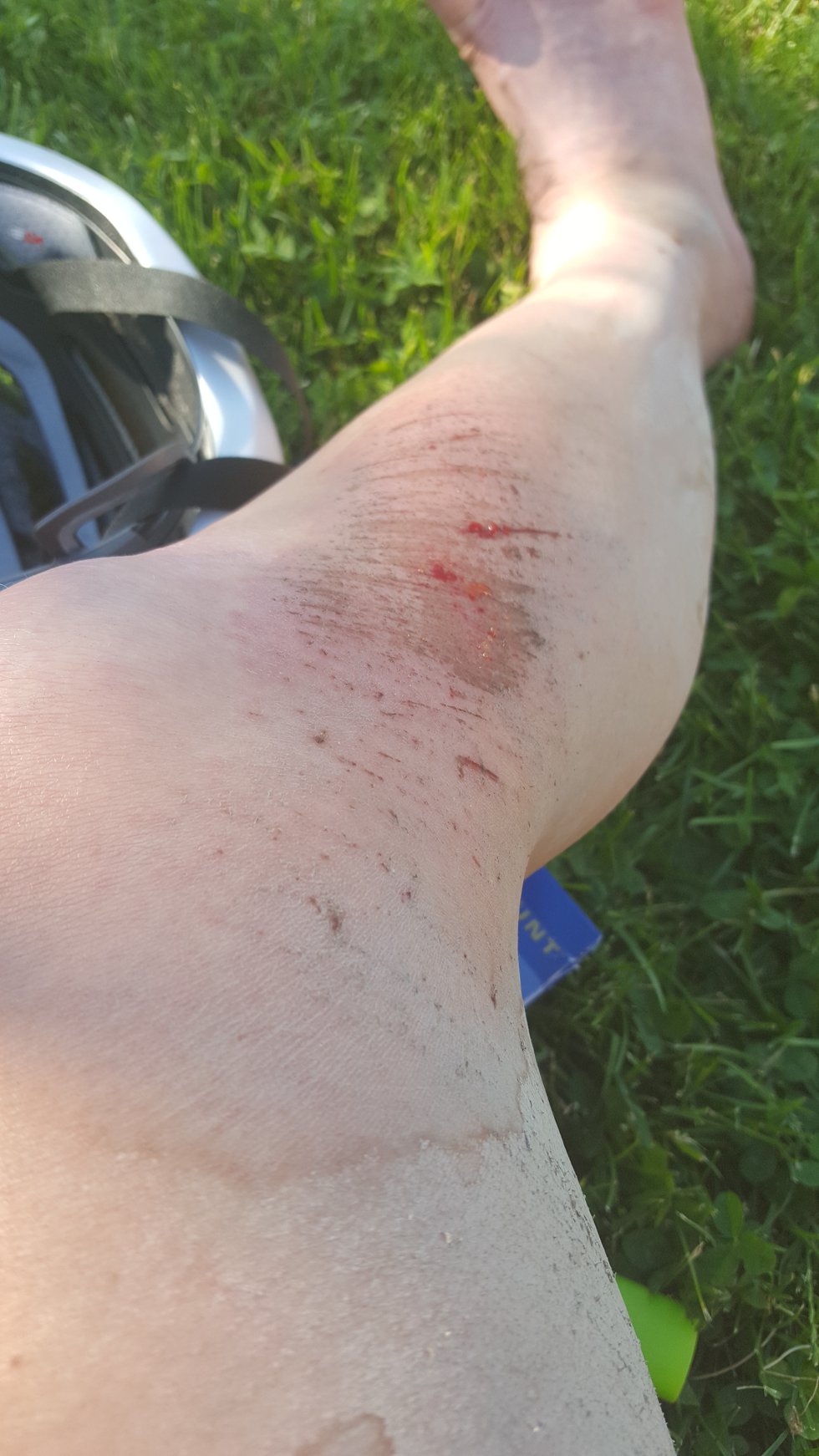 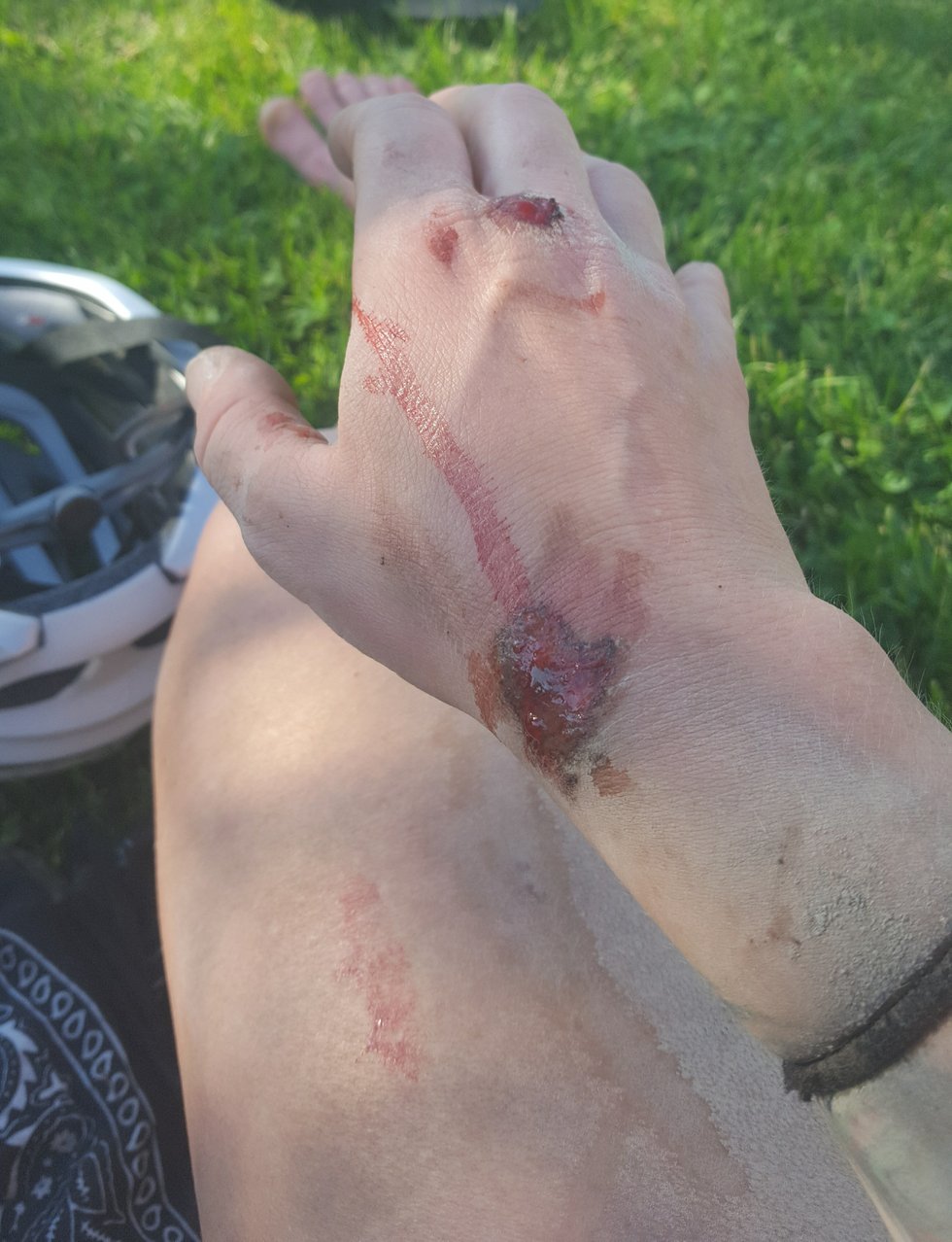 City of Toronto spokesperson Eric Holmes says potholes on roads and cycling routes can usually be repaired within about four days once 311 is notified.

He says that other repairs, such as sinkholes, may require more time. Maintenance crews from multiple divisions, including Transportation Services, Solid Waste and Parks, Forestry and Recreation, perform general day-to-day maintenance on cycling routes.

As for construction zones, Holmes says that generally speaking when permits for significant long-term work are issued, the construction company is usually required to provide a traffic management plan that includes appropriate signage for all road users (motorists, cyclists and pedestrians). He says “cycling routes near the construction area are made available whenever it is safe to do so.”

He adds that in some cases construction companies may be required to provide “detour options, [and] actively manage traffic signal timing around the work zone to reduce congestion, which supports safety.”

The situation on the street for cyclists is more complicated.

Earlier this summer, a female cyclists in her 30s was cycling east along the Martin Goodman Trail approaching Parliament when she had to avoid a pothole and hit what she describes as “an ample amount of sand, dirt and gravel” from construction near 263 Queens Quay East.

This caused her to lose traction and her front wheel to skid out of control, sending her sliding on the ground several feet.

Fortunately, she didn’t break any bones but was left with extensive road rash on her right shin, thigh, hand, elbow and shoulder.

The experience left her shaken and angry.

She called 311 to report the incident. She spent 20 minutes on the phone before being redirected to an automated answering service to report the pothole.

“The entire process is so frustrating and sometimes you must report the same issue several times over before it’s resolved,” she says.

See you in court… or not

If a cyclist is seriously injured as a result of poorly maintained bike lanes or road conditions, there isn’t much legal recourse for them, Brown explains.

“The way the legal system is structured and the costs associated with litigation against the city, the only people who can go after [the city] are those with serious injuries. Unless they are seriously hurt and have more of a long-term disability, they’re less likely to be able to go after them.”

Brown says compensation is even trickier when a vehicle is involved, as it will be “attributed responsibility” or the driver’s responsibility in addition to the city. “Most lawyers are going to be reluctant to bring the city in if they think they can be successful against the driver,” he says.

There are many parts of the bike network in which the city isn’t holding up its end of the bargain.

This list could arguably be more than 10, but here are some common routes (in no particular order) that are in terrible condition and unsafe. We’ve included comments from cyclists and photos where available. 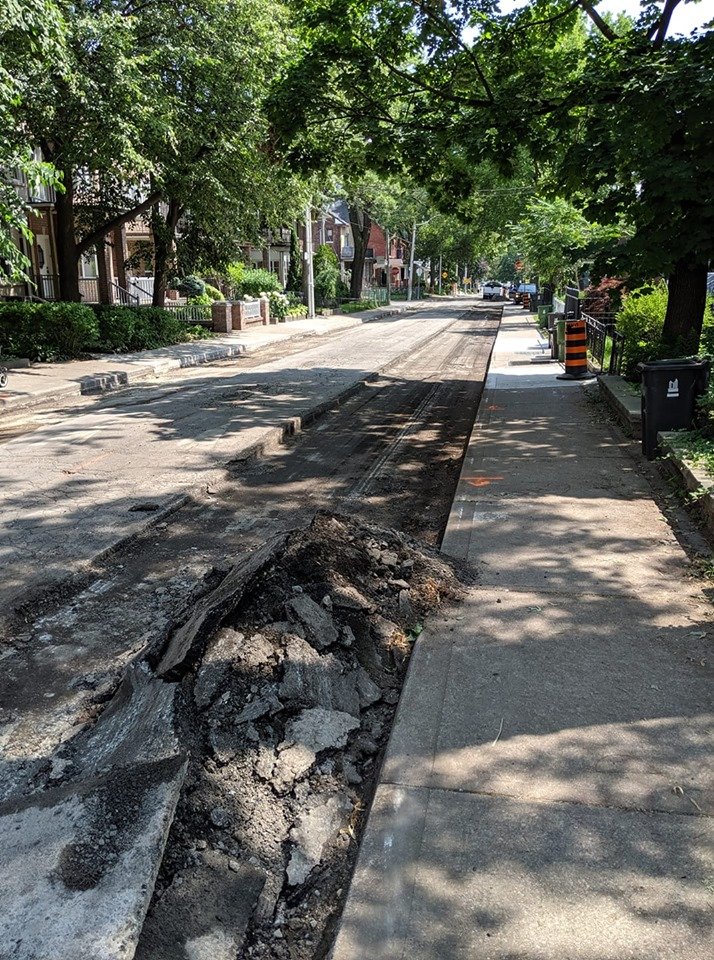 1. Shaw between Bloor and Dupont

Pitted and potholed up and down the route. A mess from Dundas to Dupont made worse by ongoing construction. 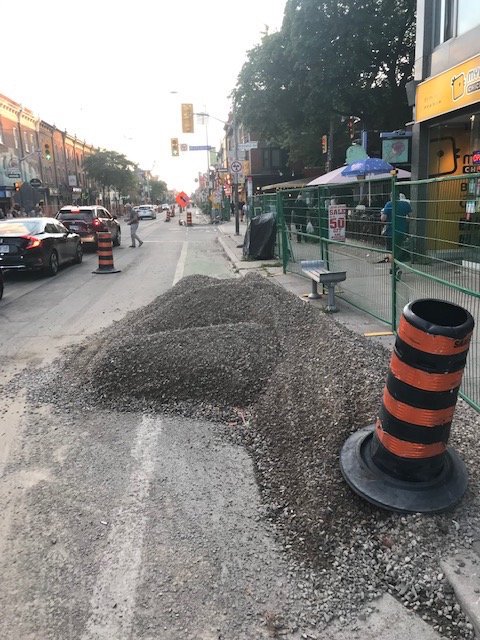 2. Bloor between Bathurst and Spadina

An off-road adventure. Sections of the stretch between Bathurst to Spadina are currently blocked by construction.

3. Adelaide between York and Victoria and at Duncan Street

I almost got “right-hooked” by a driver one morning heading east on Adelaide just before Duncan, as the bike lane ends abruptly and forces cyclists to merge with traffic. 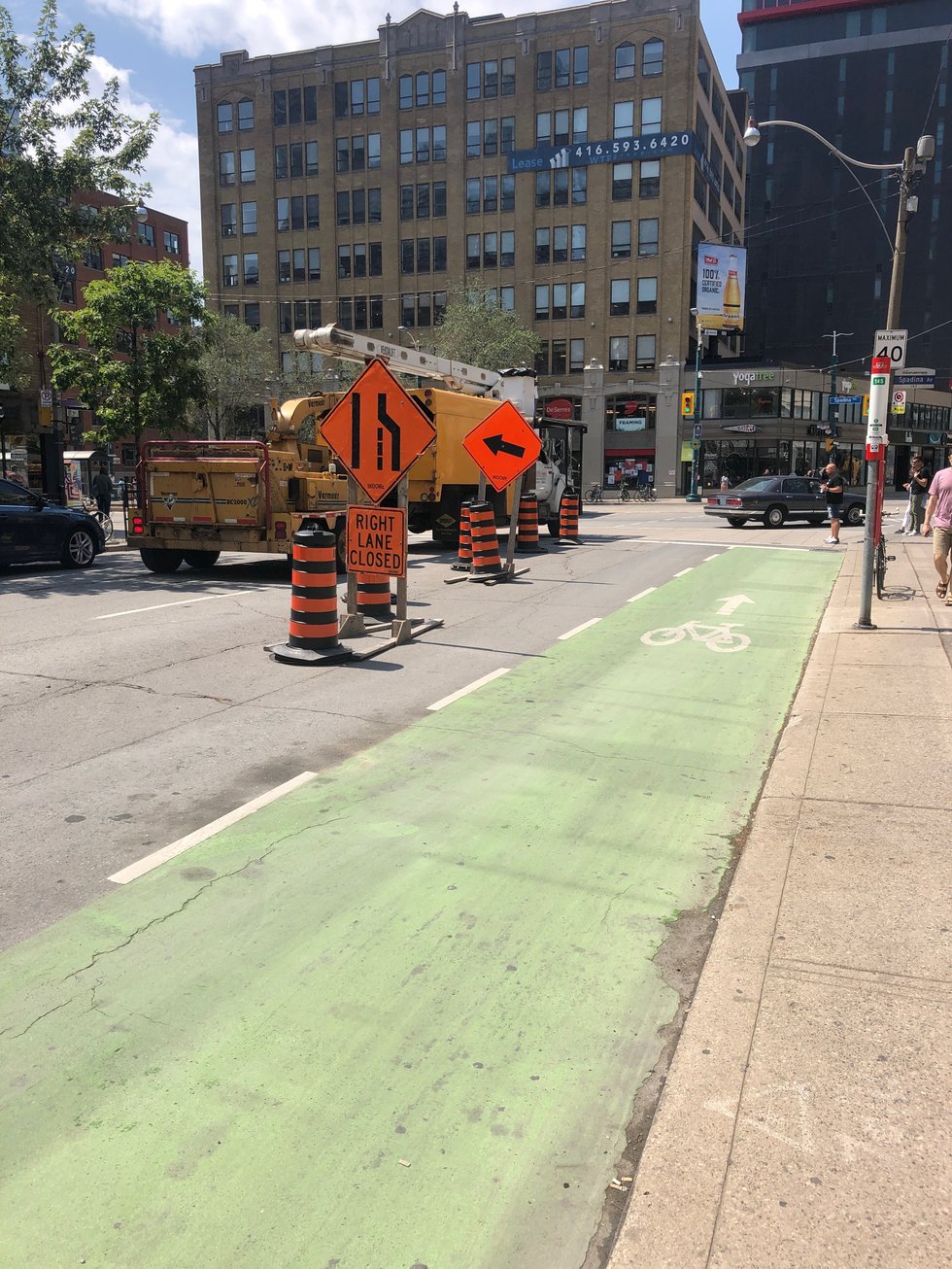 4. Richmond between Spadina and Bathurst

Currently a construction nightmare with a sign that tells cyclists not to enter but still allows cars to pass through. No detour given for cyclists so most end up continuing west anyway.

A teeth rattler for cyclists. “If you are distracted and hit a pothole,” says one cyclist, “heaven help you.”

Toronto cyclist Sandra Mills notes that there are no potholes but the poor layout and the fact the trail is used by pedestrians, runners and skaters – many of those oblivious to that reality – makes this stretch a hot spot for trouble.

7. North side of College bike lane east of Bathurst

Besides the cars and trucks constantly parked in the lane to make deliveries, there are the vehicles making U-turns around the streetcar island. “It is honestly a miracle someone hasn’t died there,” says Toronto cyclist Rachel Lissner. “I absolutely hate this part.”

8. Greenwood just past the TTC yard

A fun, steep ride, says cyclist Godot Beckett, until you get under the bridge where there is always debris and a perennial pothole that has been the ruin of many a cyclist.

“I often cringe as some naive cyclist goes whizzing past me with the wind blowing their smile ever wider only to see them frantically trying to manoeuvre around the sudden monster they’ve discovered,” says Beckett.

9. Davenport between Dupont and Bay 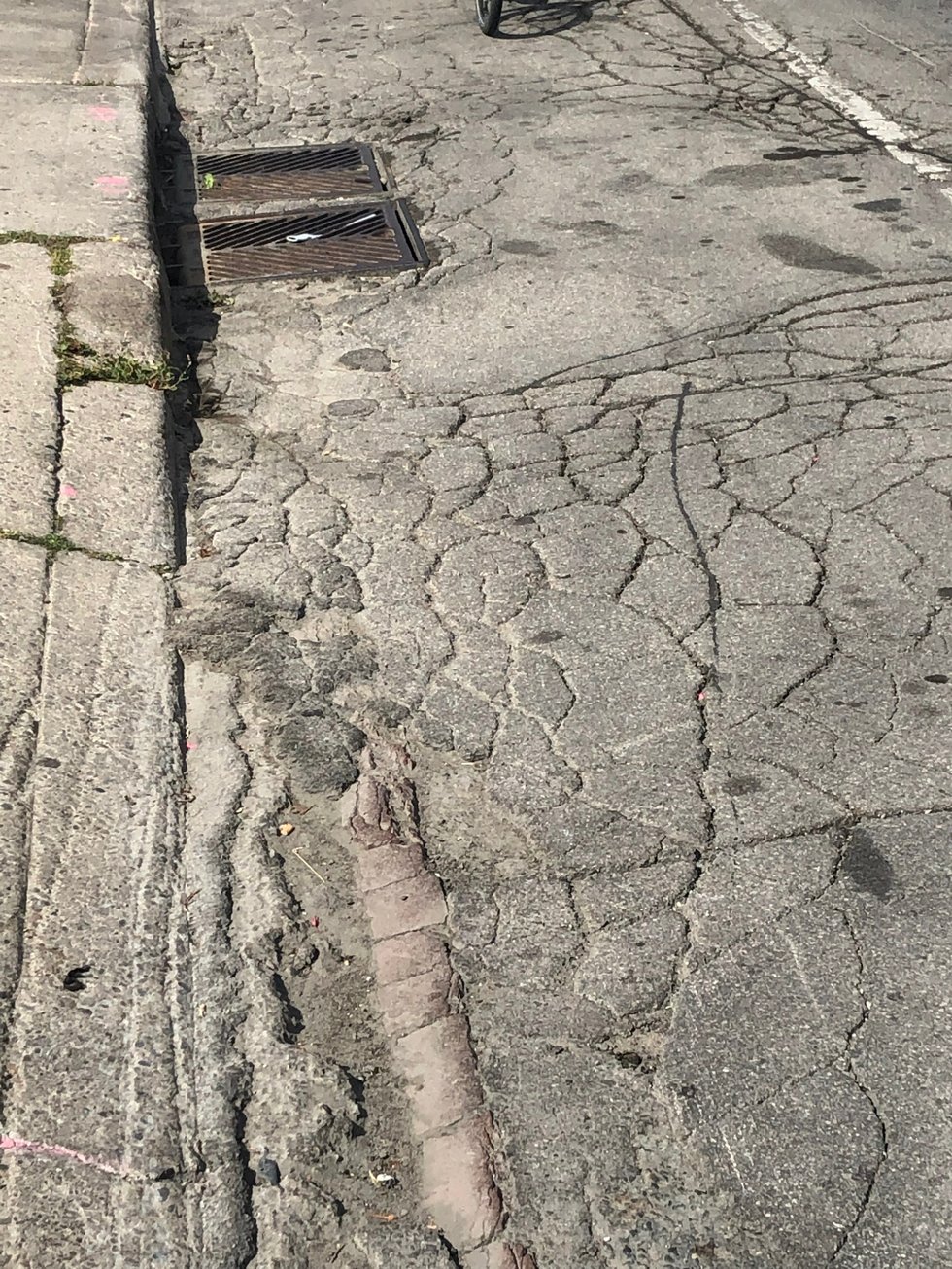 10. Gerrard between Sherbourne and Parliament