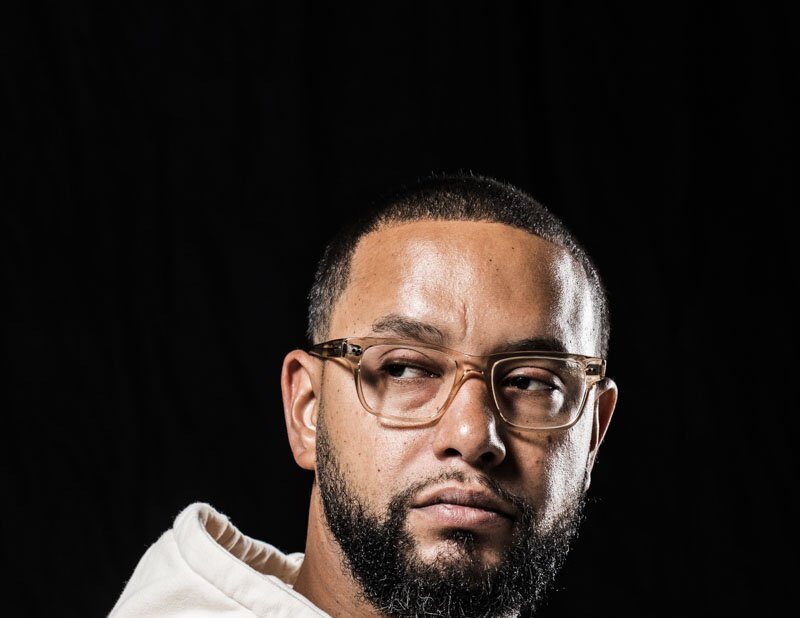 LIFE OF THE EARTH by Director X At the Ontario Science Centre (770 Don Mills) and part of Nuit Blanche. Runs to January 5, 2020. ontariosciencecentre.ca

Director X is hunched over on a bench in front of a massive grey orb, which, with the animated projections, will become his latest Nuit Blanche installation, Life Of The Earth.

The sequel to his 2016 Nuit Blanche exhibit Death Of The Sun is on display at the Ontario Science Centre for Nuit Blanche. Life Of The Earth projects water, clouds and greens onto a giant floating orb that’s about two times the height of an adult. The exhibition is complemented by multiple screens that show Edward Burtinsky-esque photos of earth from space and give us a look at landscapes before and after human contact.

A few weeks before the exhibition opened, the director behind Superfly and music videos for Drake and Rihanna is flipping through an iPad, showing me the animation that will be projected onto his orb. And then he flips to images and videos he shot on a recent trip to NASA’s Kennedy Space Center in Florida, where he was doing research for a forthcoming documentary.

Then he flips to Instagram, where he’s engaged in a war of words in the comments section. A Flat Earther is calling NASA a hoax, and Director X is calling out his stupidity. “It goes into the realm of religious beliefs,” he says of the commenter, whose baseless insistence reminds us both of climate change deniers. “They don’t care. They just believe it. There’s no telling them. There’s no showing them.”

Both Life Of The Earth and Death Of The Sun, which was the centrepiece of Drake’s European tour two years ago, are display at the Science Centre until January. We caught up with the Toronto filmmaker to chat about his latest foray into eco-conscious art.

Are you a low-key science fiction geek?

Director X: I don’t think it’s low-key anymore. I definitely grew up with science fiction and science fantasy: Star Trek, Star Wars, carbon crystals, light sabres and Jedi mind power. I can play that game and nerd out on that level. Or I can go Christopher Nolan and say, “The physics on your space travel is wrong, and you never would have made it to that star in that amount of time based on your propulsion systems.”

But you didn’t learn that in school?

X: With the internet you don’t need the luck of having the right teacher, with the right attitude, with the right level of cool, that knows how to make something interesting just to the right level to you. Now, you get on YouTube and start typing things in. I try and tell kids, NASA is not holding secrets. You can get on the NASA website and type in the search, “warp drive” and up comes their warp drive paper. They make their discoveries and post them.

I have a friend who is an ex-drug dealer. Our connection is through science. He’s into science and technology. There’s a world of interesting things for people who don’t have the opportunity. You never look at this guy as “science,” especially in a police lineup.

Did you know you wanted to make a sequel to Death Of The Sun?

X: No. Death Of The Sun started as me wanting to do something on the solar system, to make a giant sun so I can show you the size of the earth. The initial idea was to do it all completely in ratio to really get a sense of how big these things are. We can’t comprehend how big the sun is.

But the planets are extremely far from each other. In order to see how small the planet is when you put it next to the sun – if the sun was a 45-foot orb – the earth would be the size of a baseball. Doing all that was too much. So it evolved into the sun’s life and then how the sun dies, which becomes a commentary. As a kid, you never think about your own parent dying. Then there’s this realization, like, “Yeah, my parents will die.” This is a stage of growing up. But we never have that thought about our sun. 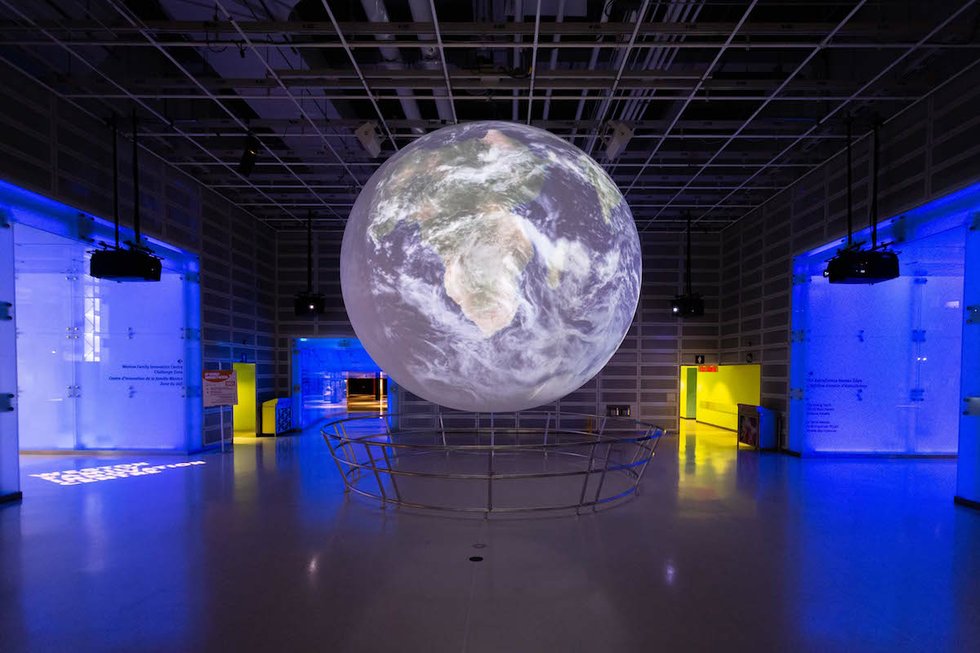 Is Life Of The Earth more ambitious than what you did with the sun?

On the screen you’re tracking our progression as you’re watching the planet. On a nearby wall will be art through the ages. You hear dinosaurs and on the screen you’ll see dinosaur fossils. When you get to early man, you’ll see skulls and tools. Then you start getting into paintings and sculptures through the ages, photography and then films, how man has been able to record themselves, basically. When you start to see and hear [humans] as you look at the planet, you know it’s our time. Eventually it goes silent.

Was working on this installation more depressing than Death Of The Sun?

X: If you’re not already depressed about the state of our planet then you’re not paying attention. However bad you think it is, it’s much worse.

If the doctor says you have a terminal illness, somewhere in that processing of information you have to acknowledge the possibility that you’re going to die. Most of us have had the experience of a friend or family member who’s had a terminal disease. You might say, “We’re going to eat veggies, exercise and drink lots of water. We’re going to beat this thing and then they’ll make a movie about how we beat cancer and it’s going to be awesome.” And then you don’t beat the cancer and your fucking friend or family member dies. This has happened to me a few times.

It’s great to be hopeful that some Elon Musk is going to create a machine that does something that feels like the third act of science fiction movies. Except this is not a fucking movie. It’s time to be fucking adults and acknowledge the fact that we may fuck this up for ourselves. I can’t stress it enough. We’re in the sixth mass extinction. It’s the largest die-off of plants and animals. The last time it happened a meteor hit the planet. We’re the meteor.

Humanity for the most part is coming around like someone with a drinking problem. They went from “I’m fine, I know what I’m doing, leave me the fuck alone” to “I think this homeless bout of mine is because of my alcohol problem.” We’re at rock bottom. And you see the people rising up. That’s the key. Ain’t no one trying to fucking die so an oil executive can have a private jet.

The conversation has been condensed and edited for clarity.