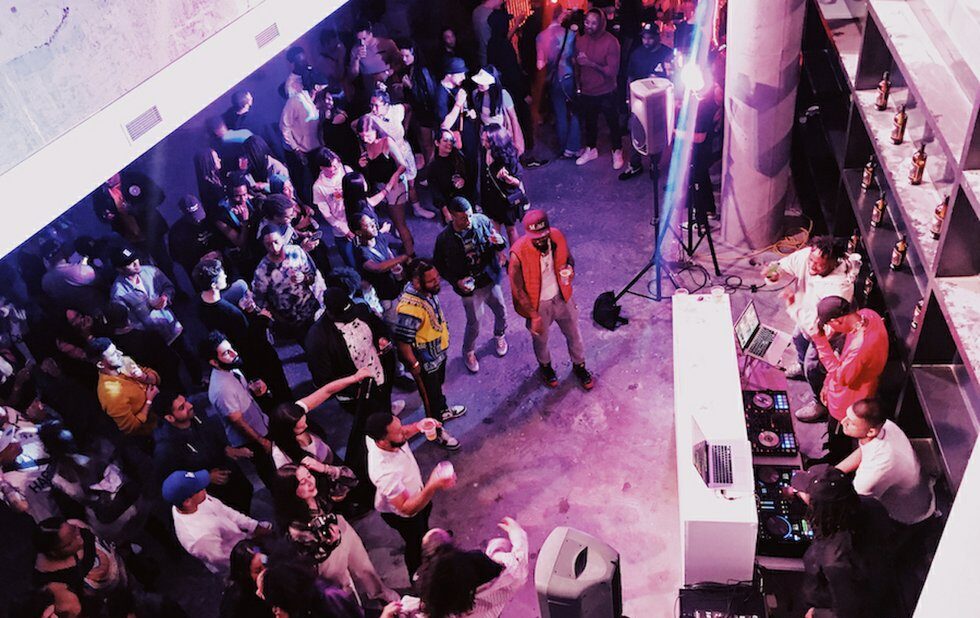 A years-long dispute between the city and a Queen West arts space could soon find a resolution.

Since 2015, the artist-run Toronto Media Arts Centre (TMAC) has been in a fight over its occupancy of a building on Lisgar south of Queen West. The 30,000-square-foot facility is home to four non-profit art organizations focused on media arts: Canadian Filmmakers Distribution Centre (CFMDC) and Charles Street Video – early partners in the project – and video game arts organizations, Dames Making Games and Gamma Space.

TMAC wants legal title to the space. Without it, the organization can’t make full use of the location, which is staffed by volunteers. TMAC members were closely involved in the design of the facility – the build was financed through the city’s Section 37 provision, which allows developers to add density or height to a building in exchange for community benefits – and in 2015 the organization signed an agreement of purchase and sale.

However, within a year, city hall moved to cancel the agreement, citing a lack of confidence in TMAC management, in part due to infighting between the various organizations. (At the time, there were different organizations under the TMAC umbrella.)

In response, TMAC sued the city, and the parties agreed in 2018 that TMAC could take occupancy provided the organization met certain fundraising targets. Whether TMAC succeeded in meeting these targets is being challenged by the city, which asked TMAC to vacate the premises last March.

“It is the city’s position that statements on TMAC’s website regarding the funds it raised do not satisfy the clear targets it agreed to,” Pat Tobin, Toronto’s director of arts and culture services, wrote in a statement to NOW, adding that the organization has failed to demonstrate that it has “the financial capacity to successfully fit up, own and operate the facility over the long-term.”

In response to the city’s demand that TMAC leave the building, TMAC filed a motion against the city in June.

At stake is the future of the purpose-built space, home to a community of artists and makers. TMAC estimates more than 60,000 people have attended workshops and events at the centre since April 2018.

Complicating the situation is the building’s developer, Urbancorp, filing for bankruptcy in 2016, leaving the building unfinished and not up to code. Concrete floors are unpolished and accessibility considerations were never provided. TMAC’s 200-seat cinema space is half-finished, though potentially functional.

“Under the terms of our agreement with the bankruptcy trustee, TMAC can’t use the cinema,” says Lauren Howes, executive director of the CFMDC. “We know we are getting a space loaded with deficiencies, but the benefit TMAC brings to the community is clear.”

The idea to create a hub on West Queen West devoted to film, video, photography and interactive web art dates back to 1994 when a feasibility study for the project was commissioned by six Toronto non-profit arts organizations.

As originally envisioned, it would bring together production, exhibition and distribution services for media-based artists and create a home for a broad cross-section of creators, as well as enabling cost savings for the tenant organizations. Ownership would, in the words of the study, “anticipate the future needs of the organizations.” Today, the phrase reads like a grim foreshadowing of the ongoing fight for arts organizations to find – and hold on to – affordable real estate in 2020.

In late February, the two parties underwent a cross-examination. In civil disputes, judicial mediation provides a non-binding opinion on evidence given by the opposing parties. The finding can then be used as a basis upon which to negotiate a settlement, avoiding the expense of a trial.

Henry Faber, founder of Gamma Space, a co-working space for game and interactive media makers and president of the TMAC board, spoke on behalf of TMAC at the cross-examination.

“We maybe saw a glimmer of hope,” Faber told NOW. “My cross-examination took four hours. But I was asked no questions about TMAC’s ability to deliver benefit to the community.” Who benefits from TMAC’s existence is at the core of the organization’s appeal to the arts community for support in the dispute.

“I spent all day being grilled about the viability of TMAC and then came back to a vibrant event at the space,” Faber said, referring to an all-day symposium about the future of arts management in Toronto. It is one of more than 450 events TMAC has hosted since 2018.

Howes told NOW that TMAC has received over 250 detailed letters of support.

“These are impassioned letters. TMAC is a meaningful organization within the community,” she says. “What we have provided to the community is well beyond what even we envisioned,” she adds.

In March 2019, TMAC announced it had secured over $2.5 million in sponsorship. Partners include the gaming giant Ubisoft, and local internet provider Beanfield Metroconnect.

But, according to the city, TMAC agreed in writing to abide by a decision made by an independent adjudicator about whether the more than $2.5 million in fundraising partnerships fulfill agreed-upon targets.

“The city has made repeated efforts to support TMAC in its fundraising efforts, including reducing the financial targets over time, providing extensions to deadlines and consenting to the monitor granting TMAC interim occupancy over part of the space,” says Tobin. “Despite these efforts, the city’s position remains that TMAC has still not raised the funds in the manner it agreed to in the minutes of settlement.

“For almost a year, the city has repeatedly asked TMAC to participate in this independent adjudication process on the basis it agreed to in these minutes of settlement,” he adds. “But TMAC has declined.”

“We followed the steps outlined by the city [in the adjudication process], but the city instructed the adjudicator to disregard our fundraising, then halted the process entirely,” a spokesperson for TMAC said in a statement. “We filed our motion in June precisely because of the city’s interference with the independent adjudication process. We’ve heard nothing further… about proceeding with the review as agreed.”

Transcripts from last week’s cross-examination will be reviewed by a judicial mediator on April 15.