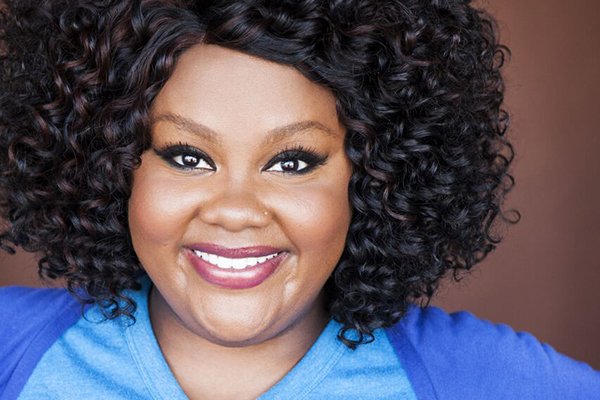 Nicole Byer might soon be bestowed the title hardest working comic in show business. Cutting her teeth on the UCB comedy scene, Byers known for her roles on various MTV shows such as Girl Code and Are You The One? The Aftermatch Live, as well as star of the web series Loosely Exactly Nicole.

Now she can add host of the Emmy-nominated Netflixs show Nailed It! and has recently appeared on A Black Lady Sketch Show, in a star-making turn as the nemesis spy to Ashley Nicole Blacks Invisible Spy.

If thats not enough she hosts a slew of podcasts: Why Wont You Date Me?, Best Friends! with SNL’s Sasheer Zamata and 90 Day Bae with Brooklyn Nine-Nine’s Marcy Jarreau.

NOW caught up with Byer to talk viral hashtags, body positivity and hecklers.

When did you first realize you were funny?

My grandmother is from Barbados, so she says a lot of things that other people dont say. When I would say funny things shed say, Oh, you tickle me. I liked when shed say that, so I would always try to make her laugh.

I was going to Palm Springs with my dear friend, Marcy, and I had this bikini I bought a year before that I didnt wear because it didnt look the way I thought it should look. And I said to myself, This is my body, why not just wear it? I [told] Marcy, I dont know anybody in Palm Springs. I only packed bikinis and Im going to be very fat and very brave. Because people like to say, Youre so brave. We were laughing about that, and I was like, Thats the hashtag that Im going to use on all my bikini pics.

Have you always been this confident?

Ive always liked myself. Thats not to say I didnt go through teenage years where I felt gross. As an adult I worked at Lane Bryant a fat womens clothing store and Id get in trouble for wearing very tight outfits. My manager would say, Thats a little too explicit. And Id say, Bodies are bodies. I covered my arms for a while I would wear a little cap sleeve but it was just so stupid. About five or six years ago, I was like, Wait a minute, who am I hiding this from and for? Somebody dont like it, they dont have to look at it. Also, its hot, who cares?

The vibrators, the twerking, the pole dancing do you ever get backlash for your risque humour?

There are people whove brought it to my attention that there are whole Reddit threads where people are like, Her whole schtick is being sexual and its not funny. And shes loud, blah, blah, blah. Men get to talk about their dicks all the time, why cant I talk about my pussy? Comedy is subjective.

How do you handle hecklers?

People like to yell Nailed it! at me. So I start off my shows by letting them yell it and get it out of their systems. Sometimes people cant help themselves maybe theyve had a couple of drinks and theyll yell it. So lately when people are talking at my shows, Ill bring them up onstage and theyre like, Oooh, a fun times about to happen! And I give them the mic, sit down and go, You wanna talk? Talk! People do not like that, but it shuts them up.

The last time someone yelled Nailed it! at me, I brought them up and I was like, I just want to know why? I didnt get a good answer. Maybe one of these days I will.

Maybe its like how people say, How you doin? to Wendy Williams

Thats her catchphrase. I never go Nailed it! on the show. Its really nice that people connect with the show. Its just when Im trying to do comedy, they paid to see me perform, I dont understand why theyre talking. Ive done shows where people wont stop talking so Ill do crowd work and Ill talk to them. Im trying to go with the flow a little more.

Congratulations on the Emmy nom for Nailed It! Were you surprised?

Hell yeah, girl, I was surprised! The phone call I got was, Um, did you hear? We were nominated for an Emmy. They didnt realize how much it was going to connect with people. Its super surprising but really cool and well deserved. We put a lot of work into that show.