A high-tech magic show is opening in Toronto this December 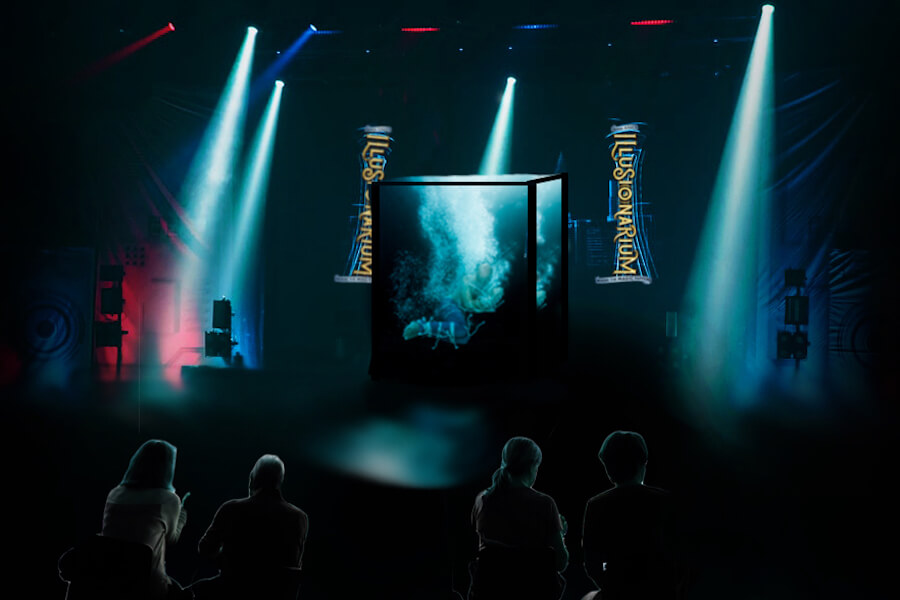 The producers of Immersive Van Gogh are a launching a new high-tech experience called Illusionarium this winter.

Part labyrinth, part magic show, the installation will debut on December 14 and run to February 15 inside the former Toronto Star printing press building concurrently to Immersive Van Gogh and Gogh By Car.

Created by British magician Jamie Allen, the installation will mix 3D projections, holograms and live magicians. According to producers, the show will blend “Jamie’s encyclopedic knowledge of the history of magic with state-of-the-art technology, bringing the illusions of the past into the 21st century.”

Illusionarium will feature four rooms that represent a different era starting with the 17th century.

Lighthouse Immersive producer Cory Ross said the show was conceived particularly for Toronto with pandemic measures, such as physical distancing, in mind.

“I had intended to bring Jamie’s iMagician stage show to Toronto this December, but when it became clear that wasn’t possible, he and I began to ask ourselves what could be possible in this new world,” Ross said in a statement.

Illusionarium will feature renderings of iconic magicians Harry Houdini and Robert Houdin, as well as passageways displaying artwork and artifacts evocative of the respective eras.

Visitors will view the show in physically distanced groupings, with a limit of four per “Magic Circle” and a maximum of 12 Magic Circles in a room. Masks are required at all times.

Tickets go on sale to the public on November 14 at 10 am here.

Ross is a veteran theatre producer and counts a Canadian production of Andrew Lloyd Webber’s Cats among his credits. He also staged the “unauthorized” The Art Of Banksy show in the Junction Triangle in 2018.

Ross told NOW earlier this year that the massive former printing press on Queens Quay will continue to host large-scale “immersive” art installations until the building is torn down to make way for a luxury condo.