The best events at the 2021 Toronto International Festival of Authors 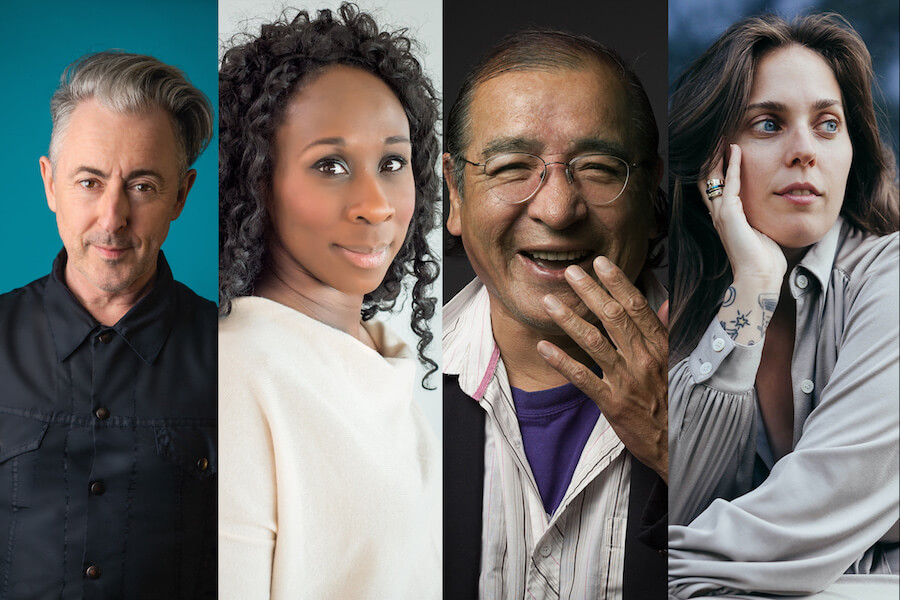 The country’s largest literary festival enters its 42nd year as a virtual event, with more than 200 events taking place over 11 days. Running October 21-31, the Toronto International Festival of Authors (TIFA) is the place to catch some of the buzziest names in literary fiction and non-fiction, including nine of the 12 authors long-listed for this year’s Giller Prize.

These 10 author readings and discussions feature some of the most talked-about authors of the year, as well as a look back at a local literary classic. All are free but you must register to attend, and some will be streamable online in the days following the live event. We’ve included links to each one below.

Two authors who have recently written about non-verbal forms of discrimination and communication will take the virtual TIFA stage. Giller Prize winner and U of T prof Williams chats about his essay collection Disorientation: Being Black In The World; and Jamaican writer Miller discusses his own collection, Things I Have Withheld.

A reliably entertaining interviewee is celebrated Haisla and Heiltsuk First Nations author Robinson, who published the final instalment in her supernatural coming-of-age Trickster trilogy earlier this year. The TV version might’ve met an untimely end, but Robinson is wrapping this one up on her own terms. She’ll chat about Return Of The Trickster with Wab Kinew.

One of the biggest international names on this year’s lineup is Norwegian author Knausgaard, who will discuss his latest novel The Morning Star. It’s his first work of fiction since he finished his decade-long, six-volume autobiographical series My Struggle and the book sees him moving into the realm of the supernatural.

The two-time Giller winner’s debut non-fiction book was one of our most anticipated fall releases. Inspired by the author’s Massey Lectures, Out Of The Sun: On Race And Storytelling examines the ways visual art, literature and film have tackled race. This talk will see her meditate further on that subject before doing a Q&A with Rinaldo Walcott.

The Cree author and playwright details his childhood in Permanent Astonishment: Growing Up In The Land Of Snow And Sky – the first of five planned autobiographies. The book encompasses his nine years spent at a residential school, which he recently told NOW was a positive experience. “I laughed a lot [during that time], mainly because the Cree language is the funniest language on the face of the earth,” he said. “A story that takes place in what theoretically is a tragic place might shock people. I was lucky.”

This session covers an interesting collaboration from south of the border. Poet/essayist Carson and artist Bruno reimagine Euripides’s The Trojan Women in black-and-white comic book form. This is Carson’s second foray into cartoons and Greek tragedy – having reworked Antigone in 2012 – and she recasts the characters as animals to put a modern twist on this grim tale of war and its after-effects.

The U.S. Girls musician and former NOW cover star will perform, read and chat during this eclectic festival session. Toronto-based American Meg Remy’s Begin By Telling distills her experiences of her home country’s media culture into memoir form – not unlike the ways her music unpacks societal narratives through experimental pop songs.

Métis author Katherena Vermette is at TIFA in support of her second novel, the intergenerational saga The Strangers. The book is about a woman struggling with addiction who reconnects with her estranged daughters. It’s grim subject matter but as Susan G. Cole put it, “Vermette has a way of seeing light through the crack in the wall of a dark room.” She’ll chat with Brian Thomas Isaac, who has published his debut novel, All The Quiet Places, at 71.

One of the biggest Toronto names at this year’s fest is the author and poet, who will look back at her international bestseller Fugitive Pieces. Published in 1996, Michaels’s lyrical examination of faith and compassion is considered one of the most influential novels of the past 25 years and was recently republished for its anniversary. She’ll chat with writer/director Simon McBurney.