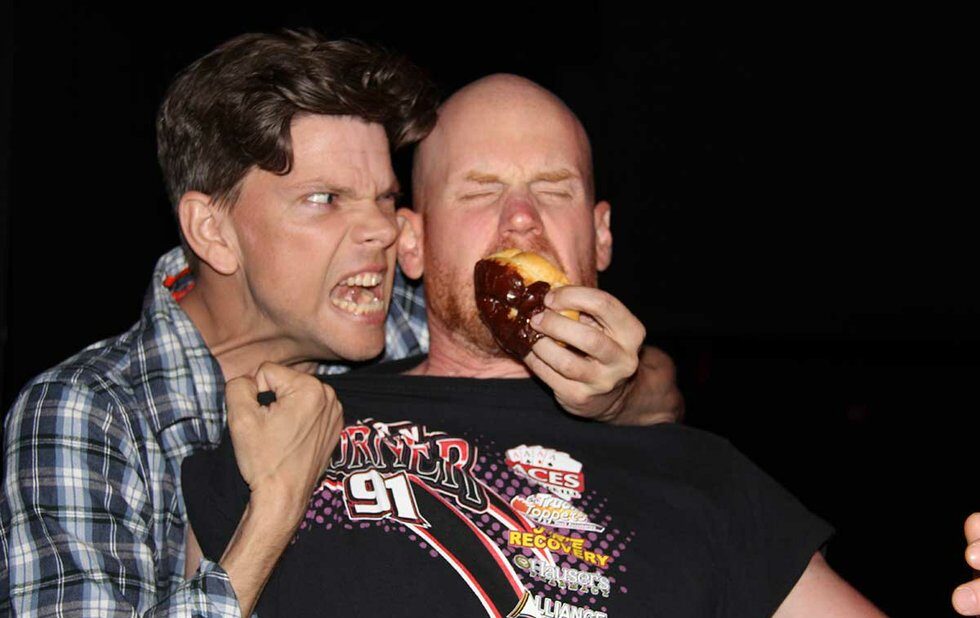 Ryan Turner and Andrew Chapman do themselves wrong when they call False East a parody of Sam Shepards 1980 play True West.

This show is really a just Canadian adaptation of Shepards work. It changes the setting from Southern California to Toronto making Shepards examination of the collapse of the American Dream into a satire of the narrowness of Torontonians horizons. Shepards contrast of Los Angeles versus the desert becomes merely a contrast of Toronto versus Hamilton.

Gary (Chapman) and John (Turner) are old friends not brothers as in Shepard. But following Shepard, the intelligent Gary is a hard worker while the dim-witted John is a thief. Gary is developing a new menu for Sams Cafe, not a screenplay for Americas Dream Machine.

As in Shepard, the two men gradually change places, John moving up in the world while Gary descends to manically playing roll up the rim at Sams huge rival Tim Hortons.

Knowing True West lets one see how very clever False East is, but its not necessary to enjoy the show since Turner and Chapman, under the punchy direction of Chris Gibbs, are simply hilarious.

Turner is great at being aggressively dumb, while Chapmans slow burn of anger leads to one of the funniest drunk scenes Ive ever witnessed.