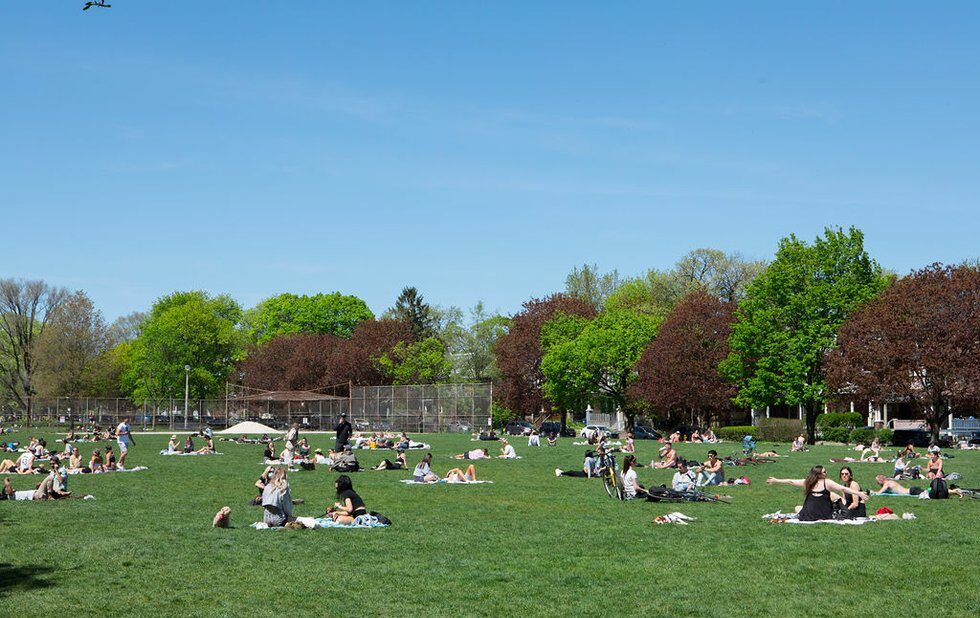 As the combination of summer heat and fears over indoor transmission of COVID-19 drive us to parks and beaches, city staff have issued a reminder to the residents of Toronto: Public drinking will get you fined.

“Leave the beer, wine and spirits at home if you’re planning a trip to a beach or park this weekend,” staff wrote on the City of Toronto Twitter.

In a release on the city website, staff said that bylaw officials and Toronto Police would be out over the weekend issuing tickets for public drinking, as well as other prohibited activities like bonfires and littering.

Drinking at a park picnic or at the beach has become something of a summer tradition among Torontonians, though the practice has always been illegal in the eyes of the city.

That’s been much to the consternation of locals who point to more permissive alcohol consumption laws in other jurisdictions around the world.

But the conversation around access to and use of public spaces in Toronto has taken on a new tone since the start of the pandemic, with many saying that the new, COVID-related emphasis on outdoor socializing and activities underscores disparities in who gets to access green space in Toronto.

Other Canadian municipalities have loosened rules in response to COVID: Quebec City now allows drinking in parks if the alcohol is accompanied by a meal, while Vancouver recently voted to allow public drinking in nine city parks.

What are the fines for drinking in public in Toronto?

According to the Toronto municipal code, there are three relevant liquor infractions, each carrying a $300 fine:

The provincial Liquor Licence Act also includes $100 fines for those who consume alcohol or have an open container of alcohol anywhere other than a private place or a licensed premise. There is also a $50 fine for public intoxication.

Enforcement on the back burner

Enforcement of the public drinking rule, which has been sporadically enforced over the years, was back-burnered by the city as the pandemic crested over the spring.

Last month, Mayor John Tory said the city had “many other things we have to deal with” that were more pressing.

But, he added, “if people can continue to behave in a responsible and rational manner then they will do what they do and we’ll take a look at the regulations when time permits.”

In the wake of the crowding in Trinity Bellwoods in late May, a Toronto Police spokesperson said that officers were taught to “use their discretion” when it comes to public drinking.

And back in 2018, when Tory was campaigning for re-election, the mayor said he was open to re-assessing the rules.

“I guess now it does probably prompt us to do something that I’ve talked about … to say if people want to enjoy, which they seem to be doing, a glass of wine or a beer in a park, which I think most people are quite responsible enough to do, we should take look at that kind of thing as part of this continuation of the reform of our laws,” he said.

In the meantime, it’s business as usual – an announcement that met with derision on Twitter.

“This is such a North America thing,” one user wrote. “You don’t want people to crowd bars? Then let them be elsewhere. These laws need to go.”