The drinks are garbage at Trash Tiki 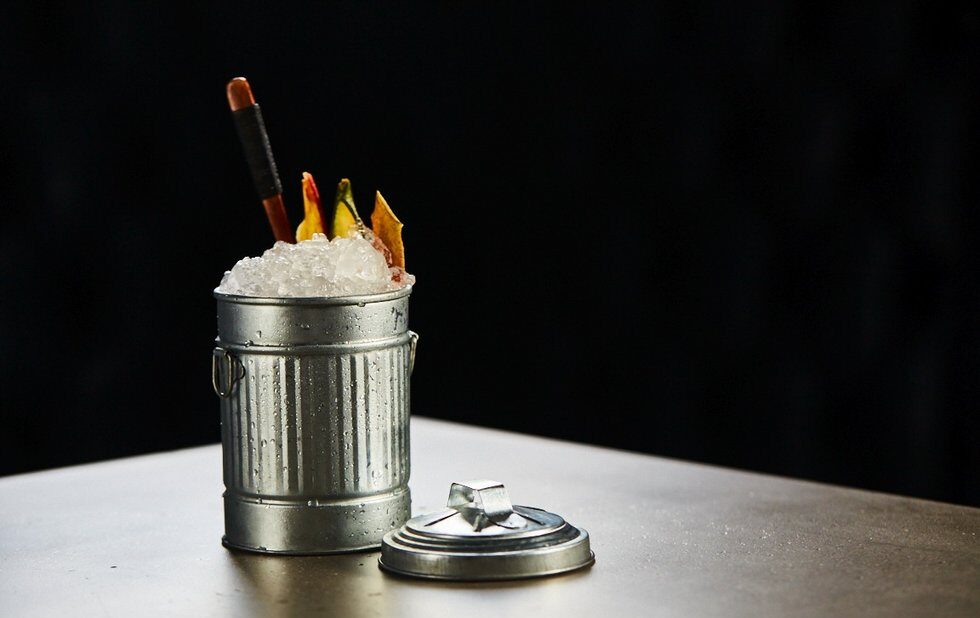 The next time you take a seat at the bar, you might be inspired to order your cocktail straight-up with scraps.

The globe-roving pop-up, which seeks to spark dialogue about easing the environmental impact of bars, lands in Toronto at LoPan (503 College, 647-341-8882) on August 20-21 to showcase just how dynamic random leftovers can taste.

The Trash Tiki concept was brainstormed in London, UK, by bartenders Iain Griffiths and Canadian-born Kelsey Ramage, who worked together at famed cocktail bar Dandylyan at the time. The pair wanted to do something about the number of citrus rinds, wilted herbs and mushy berries that were being dumped into the garbage after every service.

Trash Tiki’s goal is to upend the bin, reconsider what’s been needlessly discarded and spread the good word on how to transform would-be rubbish into whimsical deliciousness. 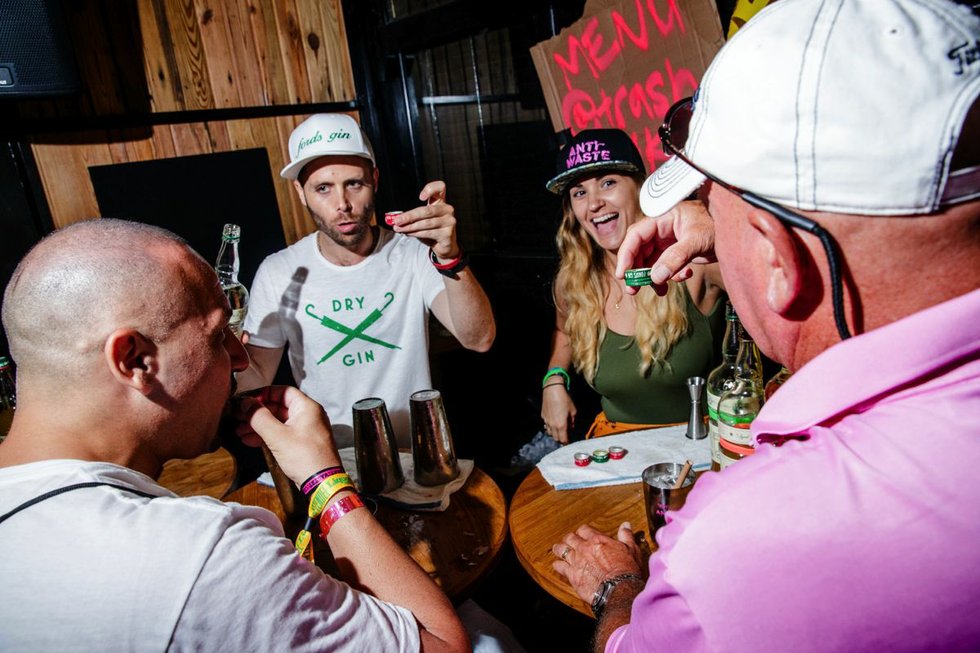 “‘Sustainability’ is used by marketing departments in a lot of instances to sell something. The word itself doesn’t carry a lot of meaning,” explains Ramage.

“When bartenders hear it, they kind of shut off. It sounds boring. We want to get past that and into specifics.”

That’s why every Trash Tiki pop-up includes an open seminar – called Trash Talk, obviously – where Griffiths and Ramage educate industry professionals and the occasional intrigued consumer on exactly how to slash the amount of waste generated behind the bar.

They also share recipes and tips on their website, trashtikisucks.com, which schools visitors on how to turn days-old almond croissants into a tasty orgeat syrup, infuse rum with oil-rich avocado pits and pistachio shells, and brew tepache (a fermented Mexican beverage made from pineapple rind and trimmings). 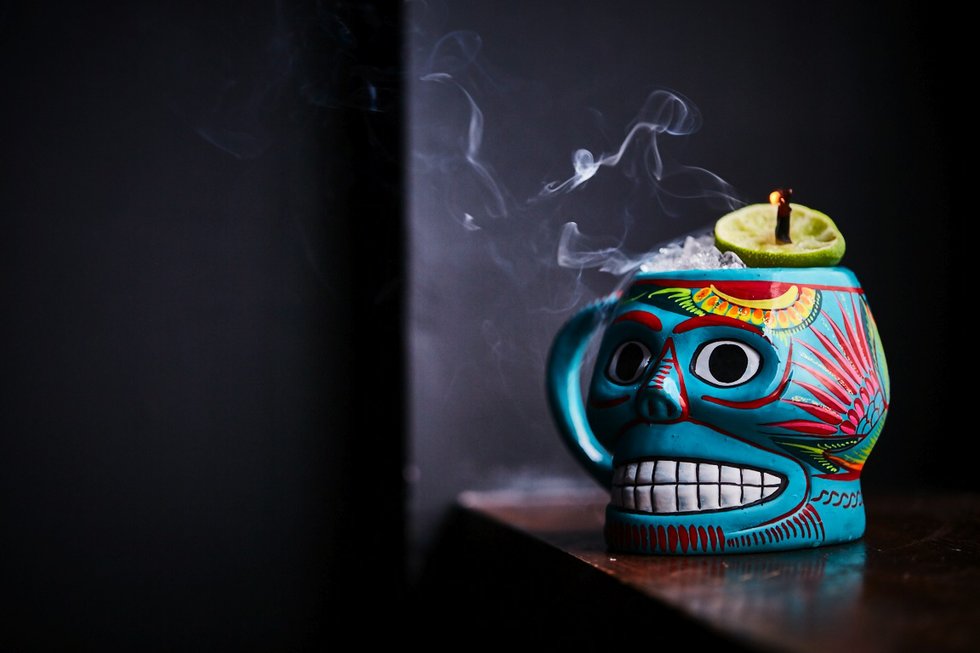 Though bartending with leftovers is a creative challenge, it certainly isn’t as limiting as we might think.

So far, Ramage and Griffiths have spread the Trash Tiki gospel from Paris and Stockholm to Hong Kong, Seoul and beyond. The cocktails they mix differ at each destination. Griffiths and Ramage often have just 24 hours to whip up tiki ingredients with whatever waste happens to be on hand. They’ve puréed leftover curried mangos and made grenadine out of dried Korean omija berries previously used to infuse spirits. In Houston, they were plotting to make a syrup out of strawberry tops and draft beer runoff.

“It’s really been a community effort to reach out to other bars to see what they can give us,” says Griffiths. 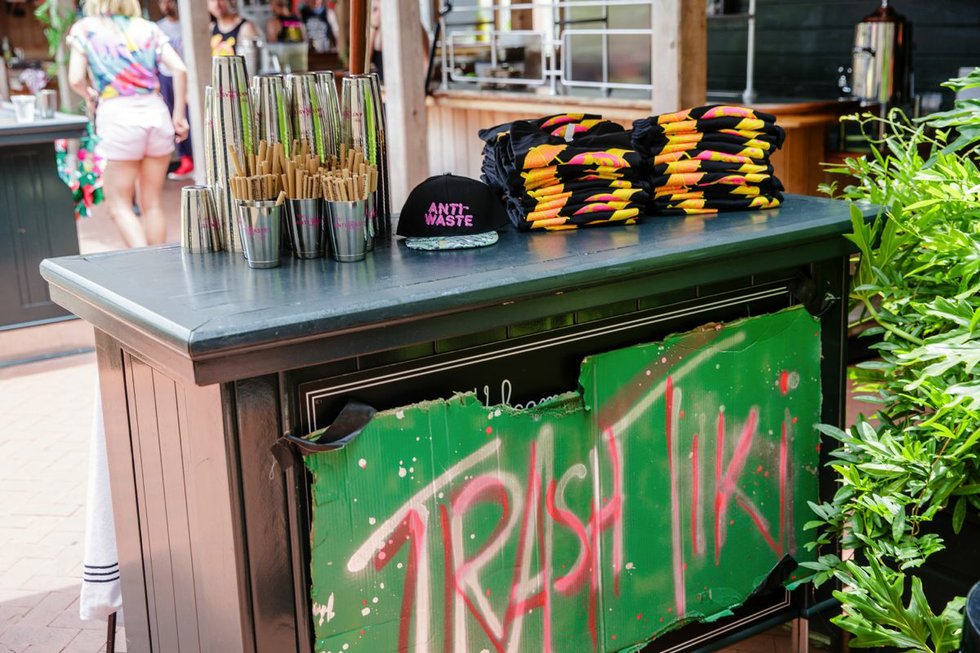 For Trash Tiki’s 10-stop North American tour, which features a stop in Vancouver as well as Toronto, they’ve partnered with Fords Gin of The 86 Co., a like-minded brand that strives for sustainable business as much as possible.

In a (discarded) nutshell, Trash Tiki’s message is to #drinklikeyougiveafuck. And really, that’s not too much to ask.