Parkdale’s favourite diner – now named The Originals Dining Lounge – has a new lease on life, thanks to some familiar owners 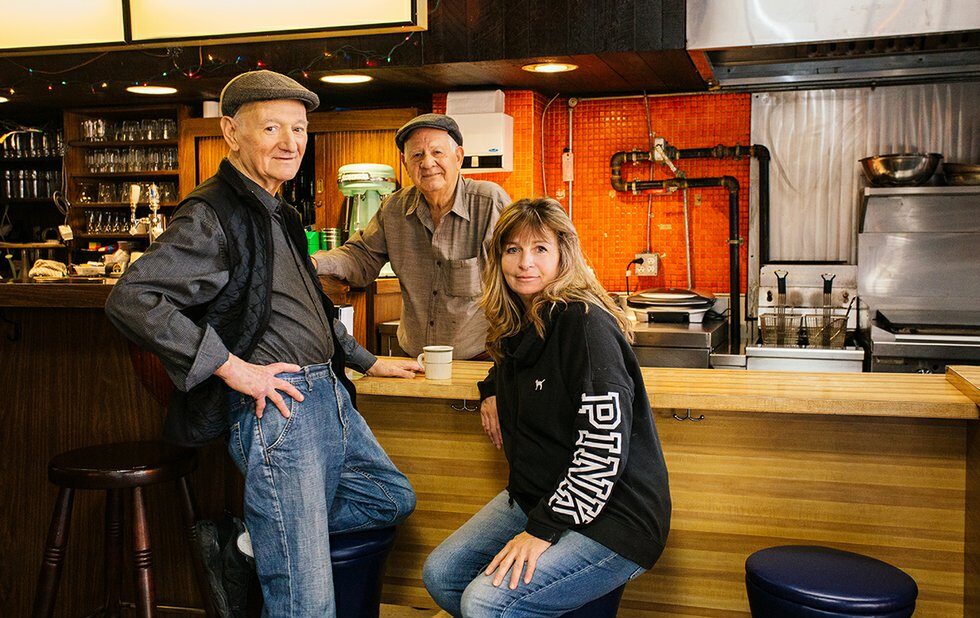 First, it was a long-running neighbourhood diner owned by Tommy Petropoulos and his two brothers since 1968 then, a hipsterized reboot from chef Grant van Gameren and co., who bought the business in 2016 and then closed it in October.

Now, it’s reopened – and back in the hands of the originals.

Two former servers from Harry’s, Penny Andru and Cathy (who asked that we not use her last name), now own the restaurant, along with an undisclosed private investor connected to the Petropoulos family. Renamed the Originals Dining Lounge, the restaurant (160 Springhurst, at King) is officially open seven days a week, 9 am to midnight.

When Andru realized she had the opportunity to take over the restaurant, she says, “it felt like a miracle.”

“Tommy and his brother George told me to buy the restaurant when they were first selling it. But at the time, my daughter was just starting cooking school and I couldn’t come up with the money,” says Andru.

This time, she got Cathy on board, and then called up the Petropoulos brothers, who offered to help her with the logistics of running a restaurant.

Many of the other “originals” are back too – some former wait staff have returned, as well as long-time cook Steve Stoymbos. Even 79-year-old Tommy will be around to help out as needed, making the trek from his home in Port Credit.

A new generation has also joined the fold. Andru’s daughter is in charge of the daily specials, and George’s son will also be working part-time in the kitchen.

Undoubtedly, a lot of the old neighbourhood regulars will be back, too.

“So many people picked this place as their home. They felt really displaced [when the original Harry’s closed] because it wasn’t just the food it was the people.” says Andru. “If you were alone, you could come here and have a conversation. ”

When van Gameren took over in 2016, the interiors mostly stayed the same (he kept up the strings of coloured Christmas lights) but overhauled the menu, adding avocado toast and hiking up the price of burgers. During those years, many of the original Harry’s regulars didn’t come by as much the new clientele skewed younger and hipper. 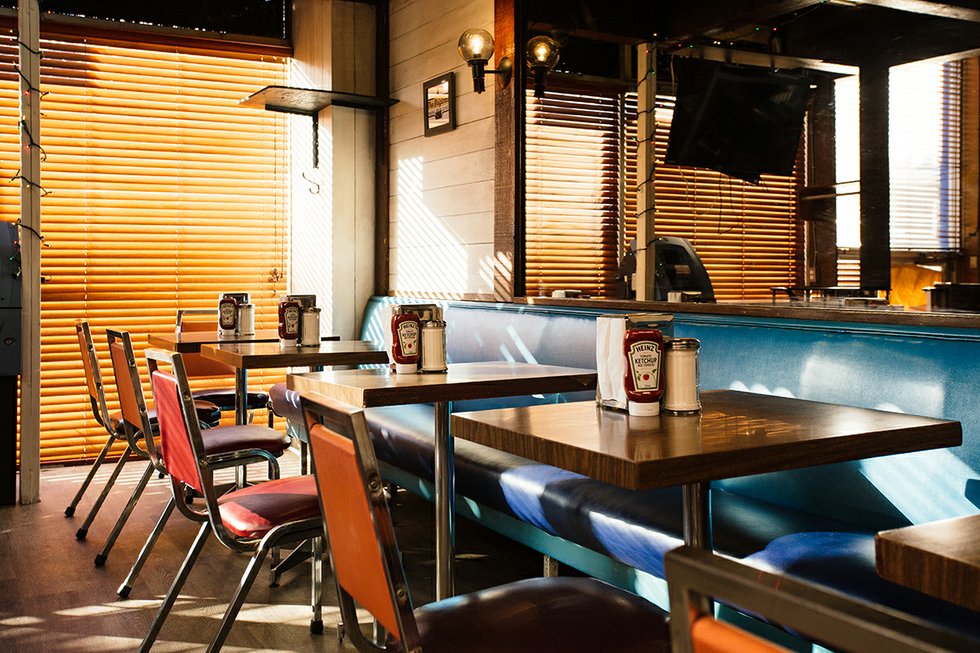 The diner got a bright update with newly upholstered chairs and a fresh coat of paint.

The interiors have been refreshed without losing any of the charm of the former Harry’s. The Christmas lights and old family photos are still up, but there are new wood floors, a fresh coat of paint on the pine walls and new vinyl upholstery on the chairs. New signage featuring the silhouettes of the three Petropoulos brothers, based off a real photo, will be installed in the next few weeks.

As for the old black and orange exterior sign, van Gameren took that when he moved out, along with the Harry’s Charbroiled name. He plans to open a Harry’s-branded food truck in spring 2020, and by the end of the year, he hopes, a new bricks-and-mortar restaurant.

Yet the fate of the Originals restaurant is up in the air. There’s currently a demolition clause in the restaurant’s lease, and the owner of the building plans to knock it down eventually and redevelop.

But Andru isn’t too concerned at the moment. “There’s a lot of clauses with a lot of buildings because of condo developments. We could be here for another 10 years, who knows.” 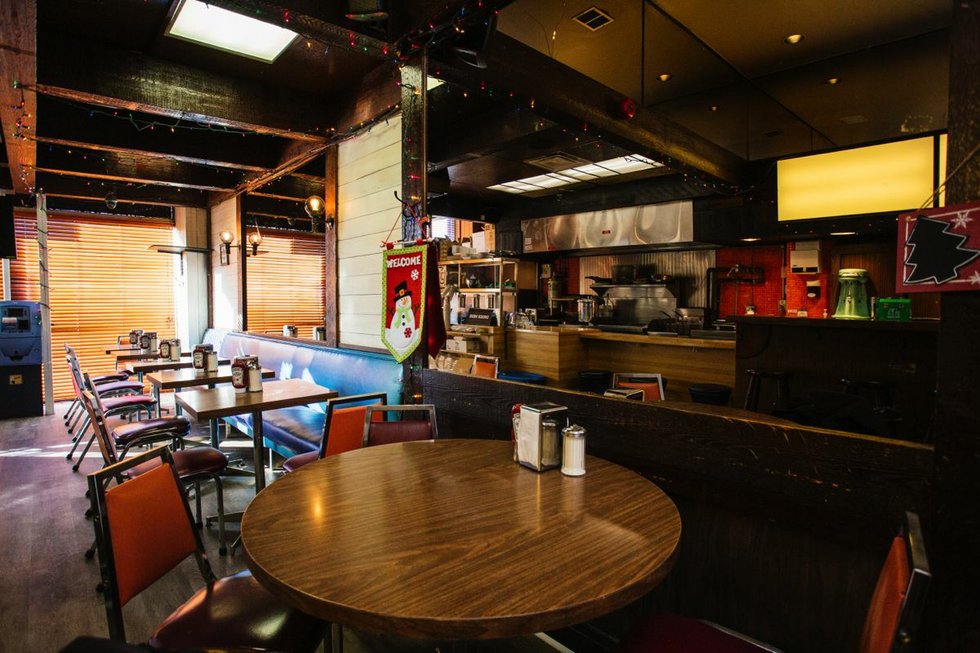 Van Gameren’s takeover of Harry’s was an example of a growing trend of facadism, in which restaurateurs take over old restaurants, keep the vintage signage and interiors intact, then overhaul the menu. (See also: Skyline on Queen West, and Menalon, which is now the wine bar Paradise Grapevine).

But what happened next is a rarity: a community taking back a space seemingly lost to gentrification.

“The name [Originals] might at first look like a jab to us,” laughs van Gameren. “But they are part of the OG family, so who better to take on that space than those guys?

Andru’s not too upset about van Gameren keeping the name. She was a regular at Harry’s under van Gameren’s helm, and says he’s a nice guy. And besides, what’s in a name, anyway?

“If someone changed the name of a street, it’s still the same street,” says Andru. “It’s not the name. It’s the people and the place.”