The pandemic is financially blindsiding millennials

At the best of times, people in their 20s and 30s are likely to be unprepared for an economic crisis 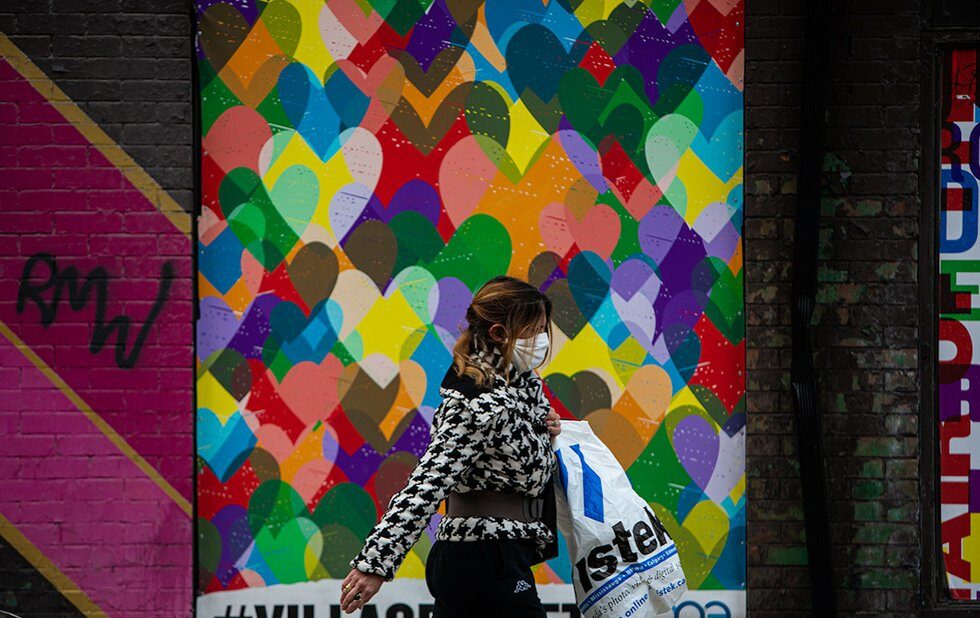 Life was going pretty well for Terra McNerthney. The 29-year-old was pursuing her dream of becoming a filmmaker, working as a production assistant on the TV pilot Langdon,  which follows the early adventures of the protagonist from The Da Vinci Code. But when social distancing happened in mid-March, the show, like every production in Toronto, shut down.

Originally from New York City, McNerthney found herself out of a job, and she lost her work permit number in February so she can’t apply for EI or the Canada Emergency Response Benefit until her replacement permit arrives or the immigration office opens phone lines again. She’s getting by on $2,000 severance pay, an understanding landlord who has deferred her rent and whatever her freelancer partner can cobble together for the two of them.

“I mailed the work permit replacement form in and didn’t make a copy of it, because I’m three raccoons inside a trench coat pretending to be a person,” she says.

While McNerthney’s precarious situation is partly her own doing, the fact that she doesn’t have a financial safety net is common among young people in their 20s and 30s working various gigs and contracts. The majority of her money comes from entry-level jobs as she tries to build enough credits to enter the union while carrying debt from two weddings and two recent vacations she thought she’d pay off with the TV pilot gig.

“My future feels like a flat, featureless void and depression is setting in hard,” she says.

Ryan Henderson, a 42-year-old financial advisor at Edward Jones in Toronto’s Financial District, says the good news is millennials still have lots of time to build a solid financial future, and McNerthney is hardly unique among her peers. A recent survey for TransUnion found that 76 per cent of millennials had been negatively financially impacted by the COVID-19 crisis two weeks in (up from 67 per cent in week one)

“The main issue with millennials is they’re not at their peak earning years, but they’re entering into, or are already in, their peak spending years,” he explains.

“They’re getting to the age where they’re raising families or want to have a family, they want to save for a down payment to buy property, they’re still coping with student debt and they’re trying to save for longer-term goals like retirement or an emergency fund,” he continues. “People don’t usually reach their peak earning years until their mid-to-late 40s, 50s and early 60s.”

Henderson contends this dynamic creates a dilemma of competing priorities financed by limited resources. At the best of times, millennials are likely to be even more unprepared for disaster than someone who is already at or nearing retirement.

“Someone who is already retired has no job to lose. Someone who is nearing retirement may have different concerns, but they’re more likely to have lower expenses, lower mortgages and kids who are far closer to being independent of them, so they might be better prepared to weather COVID-19 for a few months or a few years,” says Henderson.

That isn’t to say some millennials aren’t prepared.

Keauna Miller, 23, is an actor and recent musical theatre grad from Randolph College for the Performing Arts who quit her serving job a week before the state of emergency was declared. Her next gig was going abroad to nanny for a Toronto family going on vacation in California. After that, she planned to spend three months in Europe on her own vacation.

Not only was she briefly able to pivot to a Toronto nanny job with hazard pay, but the $5,000 she’d saved for Europe is now her emergency fund.

“You want to prepare for situations like this knowing they can happen unexpectedly, so we always counsel people to have an emergency fund of three-to-six months of living expenses before they even start investing,” says Daniel Tersigni, portfolio manager at Wealthsimple.

Tersigni points out that the pandemic is blindsiding those in their 20s and 30s because they never experienced the recession of 2008. For those who were able to invest, he encourages them to stay the course, not make any rash decisions and ride out the downturn.

“All millennials should stay focused on what their goals are and think about what their plan is as the economy recovers. For everybody, the feeling when something like this happens is it’s going to last forever and that’s almost never the case,” says Tersigni.

As for Miller, she’s grateful she is fine right now, but remains apprehensive of the future and what her career might look like. She wonders whether she’ll get to travel again before other obligations take over, too. On top of that, the jury is out on what the theatre landscape will look like when the pandemic is over.

“I’m really careful with money because of how I grew up,” she says. “I never imagined anything like this could happen. I’m glad I had money to rely on and the importance of a safety net has been reinforced.”